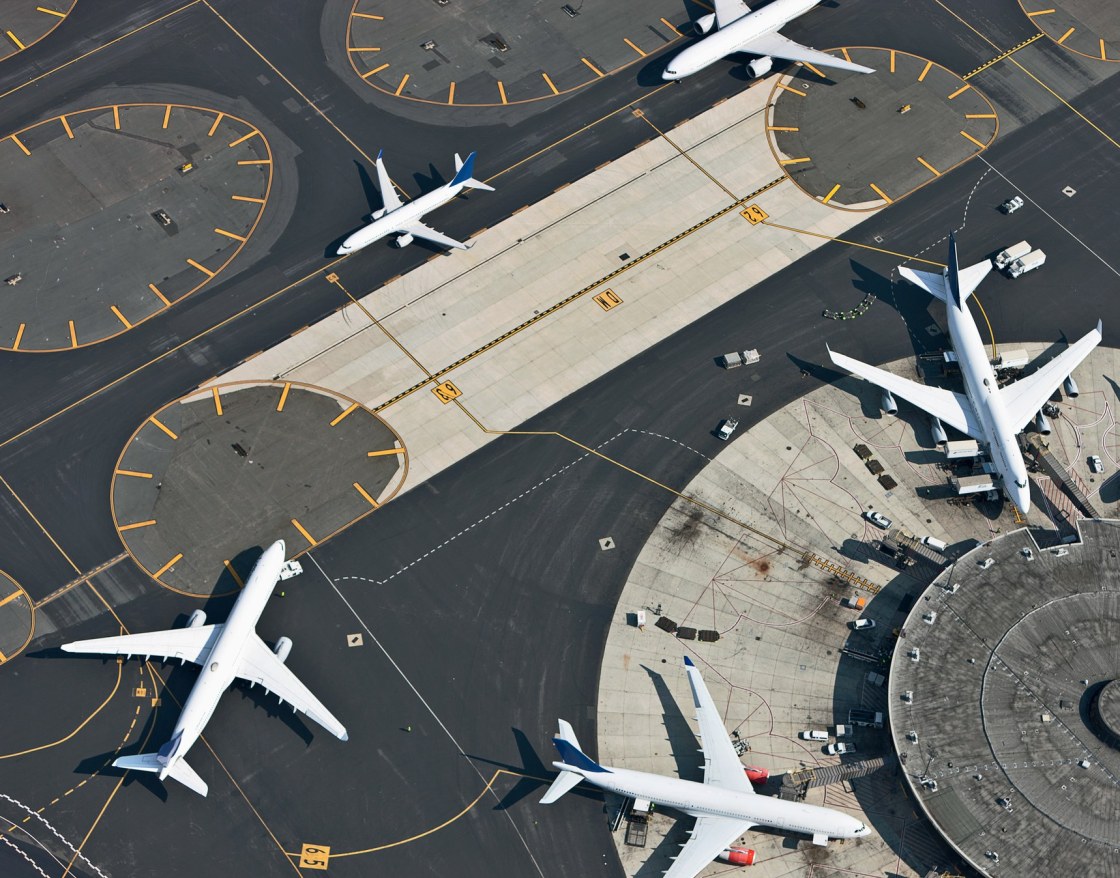 HOW TO SAVE MONEY AND SKIP LINES AT THE AIRPORT

More Americans are obtaining passports and going abroad than ever before—and thousands of different travel apps, websites, and services have proliferated to help them on their journeys. Many promise to make the experience of flying cheaper, easier, and less stressful. Want dinner delivered directly to your gate? There’s now an app for that, of course.

Some of these services are superfluous or really only benefit the most frequent travelers. But others are genuinely useful and can make getting to your next destination a less costly, more streamlined affair. And aside from application fees paid to the US government for things like TSA PreCheck and Global Entry (more on those later), many of the best travel apps and websites are don’t cost anything to use.

If you’re in need of some vacation inspiration first, Scott’s Cheap Flights will send you email alerts for airline deals. (There’s also a premium version that for $49 a year promises access to exclusive and “rare” deals.) In the age of information overload, signing up for more emails might seem like a bad idea. But Scott’s Cheap Flights can help you get a sense of what sales are actually out there. Once you spot tickets to the destination of your dreams, you can easily snag them. Last spring, when Scott’s highlighted round-trip tickets to Bangkok for about $600, I pounced.

When you’re ready to book your flight, Skyscanner and Google Flights are some of the easiest sites to use for browsing cheap options. I used Skyscanner to snag round-trip tickets from New York to Hong Kong and South Korea for around $750, including all fees. Can’t decide where you want to go? Skyscanner has an “Everywhere” option that will show you the cheapest places to travel from wherever you’re currently based. At one point when I was in Accra, Ghana, I used the Everywhere search and found a bargain to fly to Istanbul, which I never would have guessed on my own.

While you’re getting ready for your trip, don’t forget about the apps you might want to use when you get there. If you’re going to be navigating around on your own, download the entire Google Maps area of your destination so you can use it offline—and avoid international data fees. Similarly, use Google Translate to download any foreign languages you may need. And if you’re not planning on using public transit (or if it isn’t an option), look into transportation apps. You probably already have Uber and Lyft, but if you’re headed to South­east Asia, you’ll want to download Grab, the ride-hailing app everyone uses in the region. And don’t limit your research to car services! On a recent trip to Paris, I found myself wishing I’d downloaded the Lime and Bird scooter apps before I left.

One of the worst things about flying is the long lines at the airport. Fortunately, there are plenty of ways to reduce your wait, or even skip lines altogether.

If you’re a US citizen, national, or legal permanent resident, you can apply for TSA PreCheck, a government program that allows you to join a special security line when flying 67 different airlines out of 200 US airports. A membership costs $85 and lasts five years; a number of credit cards cover the fee as one of their perks. In June 2019, 92 percent of PreCheck passengers waited in line for less than five minutes, according to the TSA’s website. It also helps you avoid some of the more annoying aspects of airport security, like taking off your shoes and jackets and removing laptops and liquids from bags.

(PreCheck doesn’t give you carte blanche to show up at the airport late, though. “No individual is guaranteed expedited screening,” the agency’s website warns.)

To get it, you’ll need to apply online and then show up at an enrollment center for a short interview, which includes a background check and fingerprinting. Somepeople have also reported receiving PreCheck on flights despite never having applied. It was randomly bestowed on me when I flew to Puerto Rico, for instance. According to the TSA, though, people won’t be able to luck into PreCheck this way much longer. The TSA Modernization Act, which was passed last year, requires that those lines soon be made available to authorized program members only.

“Some passengers deemed to be low-risk by TSA, on an unpredictable and infrequent basis, may be eligible to use the TSA Precheck lane on a flight by flight basis,” Jenny Burke, a spokesperson for the agency, said in an email. But “TSA continues to reduce the percentage of daily travelers who are deemed eligible for TSA Precheck via this process.”

You may have also heard of Clear, another airport service that’s run by a private company, not the government. With it, you don’t need to wait in the line where TSA agents check your ID and boarding pass. Instead, you go to a Clear airport kiosk, which uses biometric data like your iris and fingerprints to quickly verify your identity. You’ll still need to go through TSA security checks, but you’ll be escorted directly there. Clear is available at 30 airports in the US; it’s also used for security at a number of sports stadiums. For $179 a year, though, any additional saved minutes come at a pretty hefty cost.

After you make it through security, App in the Air (Apple, Google) will come in handy. It notifies you of delays and gate changes, and can even send you texts with updates if you don’t have access to Wi-Fi. (But don’t be scared of airport Wi-Fi!) That means no more wandering around the airport looking for flight information boards. The app is also a fun way to track all your past adventures, including what kind of aircraft you flew, if you like to nerd out like that.

On Your Way Home

TSA PreCheck’s big brother of sorts is Global Entry, a US Customs and Border Protection program that makes it easier and faster to reenter the United States from abroad at over 70 airports. It’s available to US citizens, lawful permanent residents, and citizens of Argentina, India, Colombia, the United Kingdom, Germany, Panama, Singapore, South Korea, Switzerland, Mexico, and Taiwan. Global Entry costs $100 for five years and includes TSA PreCheck. So if you’re already thinking about PreCheck, it can make sense to pay the $15 extra and get both. Members receive a Global Entry card, which looks kind of like a driver’s license, that you present at the border.

With Global Entry, you can skip the main immigration line when reentering the United States and instead join an expedited one. But here’s the catch: Global Entry is a bureaucratic pain. It can take months to get approved, and you’ll need to schedule an in-person interview at one of the program’s Global Entry Enrollment Centers, which may not be nearby, depending on where you live.

Thankfully, there’s another way to streamline the US immigration process: the free Mobile Passport Control app. It’s kind of like a digital arrival card. The app lets you take a picture of yourself and answer CBP immigration questions on your phone or tablet. Once you finish, it generates a receipt on the screen, which you then show to the officer. At John F. Kennedy Airport in New York City, I’ve found the Global Entry and Mobile Passport Control lines to be one and the same. One drawback: For now, you can only use the app at 26 airports.

Airside Mobile, the company behind Mobile Passport Control, recently introduced a paid version of the app. It costs $15 a year and allows you to save your personal information for future use, among other features. Unless you travel extremely frequently, there’s no need to shell out for the premium version, since plugging in your passport number and expiration date typically takes less than a minute.

There’s one last thing you should keep in mind: Mobile Passport Control requires cell service to work, so if you’re not getting any signal in the airport terminal, you may be out of luck.

All Rights Reserved for Louise Matsakis 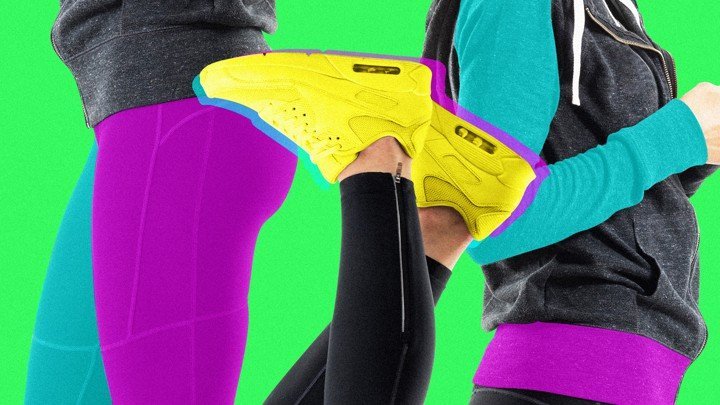 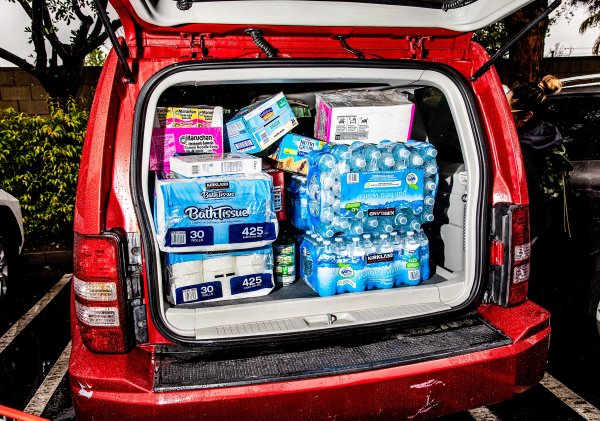