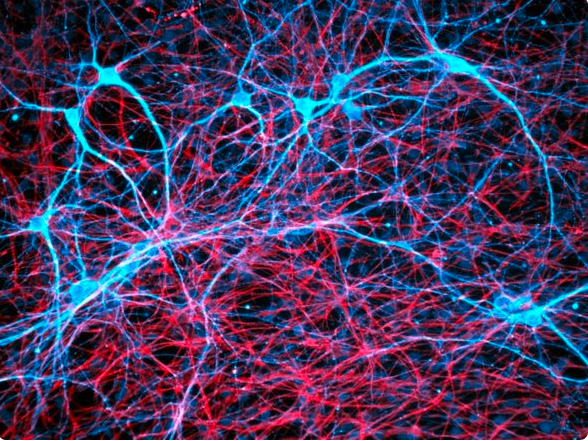 Neuroscientists have always presumed that learning and memory depend on strengthening or weakening the connection points between neurons (synapses), increasing or decreasing the likelihood that the cell is going to pass along a message to its neighbor. But recently some researchers have started pursuing a completely different theory that does not involve changing the strength of synaptic transmission; in fact, it does not even involve neurons. Instead other types of brain cells, called glia, are responsible.

A new study from the University of Toronto, published on-line this week in the journal Neuron furnishes support for this theory. It provides evidence that the basic act of learning whether one’s environs are safe or not, a behavior common to all animals, depends on glial cells that form the fatty sheath called myelin—electrical insulation that covers nerve fibers. The new theory postulates that establishing indelible memories that can be recalled long after sensory input or training on a task involves an interaction between glia and peculiar brain waves produced during sleep. “The role of myelin in cognitive functions has been largely neglected, an omission elegantly rectified by this paper,” says myelin researcher Bernard Zalc, at the Sorbonne Université in Paris, commenting on this new study.

Traditionally researchers who study the myelin insulation on nerve fibers, called axons, have focused on diseases, such as multiple sclerosis, in which the fatty sheath is damaged. In multiple sclerosis, neural transmission fails, causing wide-ranging disabilities. Much like the plastic coating on a copper wire, myelin was understood to be vital for neural transmission but inert and irrelevant to information processing and memory storage.

The new research challenges that view because of the discovery that the glial cells that form myelin, called oligodendrocytes, can detect neural impulses flowing thorough the axons they contact. Intriguingly, immature oligodendrocytes, called oligodendrocyte progenitor cells (OPCs), populate nearly the entire brain with little regard for the complex anatomical boundaries within brain tissue. Salted throughout the brain—even in adulthood when there would seem to be little need for immature brain cells—OPCs are by far the most abundant cells undergoing cell division in our brain.

Why that is, is unclear, and these peculiar cells have long mystified researchers. Research in several laboratories has found recently that OPCs can respond to neural impulse activity by dividing and maturing into myelin-forming oligodendrocytes, and increasing the number of myelinated axons. This process could have a profound effect on information transfer through neural networks because myelin boosts the speed of neural impulse transmission by about 50 times.

In the Neuron study, first author Patrick Steadman and colleagues in the laboratory of Paul Frankland at the Hospital for Sick Children and University of Toronto, tested the hypothesis that new myelin must form during learning. They did so by genetically altering mice so that a gene called myelin regulatory factor (MRF) is deleted when treated with the drug tamoxifen. The gene is essential for OPCs to mature into oligodendrocytes. Knocking out MRF increased the number of OPCs, whereas the number of newly formed oligodendrocytes diminished.

Now the researchers could test the hypothesis that formation of myelin is necessary for learning by training these mice while preventing them from forming new myelin. They could block myelin formation at any point during training or afterward simply by administering tamoxifen to the mice.

They then probed whether myelin is needed for learning by giving a well-established memory test called the Morris water maze, in which a mouse is placed in a large tub of water in which a hidden platform is submerged just below the surface. The mice quickly learned where that platform was, and they swam directly to it after several days of training. The experiments showed that the mice that were unable to form new myelin were able to learn where the platform was just as quickly as control mice, but when their recall was tested long after training ended, the ones that could not form new myelin did not remember the location as well and had to swim for a longer time to find the platform again. Examining the brain tissue with an electron microscope, the researchers found that more axons were myelinated in regions of the brains of normal mice known to be required for learning the Morris water maze. The researchers now had evidence that myelin is involved in making the long-term memories involved in learning. But they still needed to pin down myelin’s role in recall.

Different types of information must be brought together at the same time to recall, for example, where your home is located—or, for a mouse, the platform in the water maze. Recall requires the integration of memories of sights, sounds, smells, emotions related to your home, and sensations the memory of your home evokes. These diverse types of information are processed and stored in very different parts of the brain and connected by broad-ranging networks that must be activated together to interlace diverse aspects of these memories, ultimately resulting, at the subcellular level, in the strengthening of synapses. This network-centric view of neural functioning has been overlooked by memory researchers narrowly focused on synaptic transmission. But the question still remains of how the arrival time of neural impulses at each synaptic relay point in complex neural networks is established. The brain rhythms of sleep may provide a clue.

The researchers wondered if new myelin might be necessary after the training was over to convert a short-term memory that quickly fades away into a long-lasting memory, a process neuroscientists call memory consolidation. To test that idea, they trained the mice, as before, three times a day for six days and then administered tamoxifen after the training had ended to inhibit myelin formation. When tested 28 days later, the mice that could not form new myelin after the training session performed poorly in recalling where the hidden platform was. If they waited too long after training to inhibit the formation of new myelin—25 days in their tests—recall was not impaired, indicating that a window of time persists after training when new experiences become consolidated into memory. The results suggest that new myelin is part of the process of engraving lasting memories. But the researchers drilled down still further to ask how specifically does myelin promote memory consolidation? To answer that, the researchers turned their investigation to a different learning situation that induced fearful memories in the animals.

A soldier riding in a jeep in Afghanistan will feel an intense sensation of danger from the risk of a roadside bomb, but will relax riding in a jeep through the streets of his hometown. The hippocampus is the brain’s “GPS” system that determines the location of the body in the environment, but higher-level cognitive functions processed in the prefrontal cortex are necessary to provide the context of whether a location is associated with a friend or a foe. When communication between the hippocampus and prefrontal cortex becomes impaired after a traumatic experience, the body’s fear response can be activated inappropriately, causing a person with PTSD to suffer the same intense sense of danger while riding in a jeep at home. Because this type of memory requires long-distance communication between brain regions, it could provide insight into how myelin consolidates memory.

Scientists study this type of fearful learning by placing an experimental animal in a cage where a harmless but alarming electric shock is applied through the metal floor after a warning sound. The animal will freeze in fear later when the same alarm sound is presented in the same cage, even without the foot shock. However, the animal will not freeze in response to the same sound in a different environment, because it is not associated with the induced fear. The communication between the hippocampus and prefrontal cortex provides the essential context that sparks the varying reactions. Research by György Buzsáki at New York University discovered that brief, high-frequency oscillations in the hippocampus—brain waves called sharp wave/ripple complexes—convey information by coupling in synchrony with cortical neurons firing rhythmically in what are called spindle oscillations. Promoting this rhythmic coupling can improve memory consolidation.

These unusual waves of rhythmic neural activity are especially active during non-REM (dreamless) sleep, and learning a new task increases this activity. It is believed that this transfer of information between the hippocampus and prefrontal cortex during sleep links the memory of place with its context. In my own research, we have found that myelin is important for transmission of brain waves, raising the possibility that the need for new myelin in memory consolidation could promote this shuttling of information between hippocampus and prefrontal cortex by these unusual neural oscillations.

Brain waves oscillate at many different frequencies. Two regions of the brain oscillating together in synchrony may promote the coupling of distant populations of neurons into functional assemblies. Much like the synchronization of the string section and French horns in an orchestra, synchronous brain rhythms could potentially couple neurons in the prefrontal cortex and hippocampus together for the mouse to learn to fear a particular location. Myelin could play a key role in regulating the speed of transmission of brain waves. If waves of neural activity are not transmitted at the proper rate, destructive interference of one wave with another will disrupt the transmission of rhythmic information in the brain—just as musicians playing out of time will mangle a symphonic work.

Interestingly, changes in myelin have been found during sleep and sleep deprivation. Steadman and colleagues tested whether the formation of myelin during sleep may promote learning by increasing the coupling of brain wave activity by recording neural oscillations in the hippocampus and prefrontal cortex of mice. They found that when the formation of new myelin was impaired by deleting the MRF gene, the synchrony of brain wave coupling was indeed reduced and the animals performed poorly in invoking the memory of fear learned in the environment where they had been shocked. .

Together these studies indicate that formation of new myelin is necessary for learning because it consolidates memories by facilitating the coordinated brain wave activity between the hippocampus and prefrontal cortex. New myelin also appears to be needed for other types of learning—in improving motor coordination, for example. “When we think about how memories are consolidated, traditionally we have always thought about synaptic plasticity. Our findings suggest that an entirely distinct form of plasticity [myelin plasticity] also plays a critical role in consolidating memories,” Frankland says. One well-known researcher on how memories are made, James McGaugh of the University of California, Irvine, agrees: “The paper reports novel and very highly interesting findings that … suggest new directions for understanding how memories are formed.”

Minding the strengthening and weakening of synapses is critical for learning, but so is getting to the station on time to make the right connections, and that’s where nonneuronal cells making myelin to speed transmission through neural networks assist in forming new memories.

Tech Experts Are Pessimistic About Their Industry 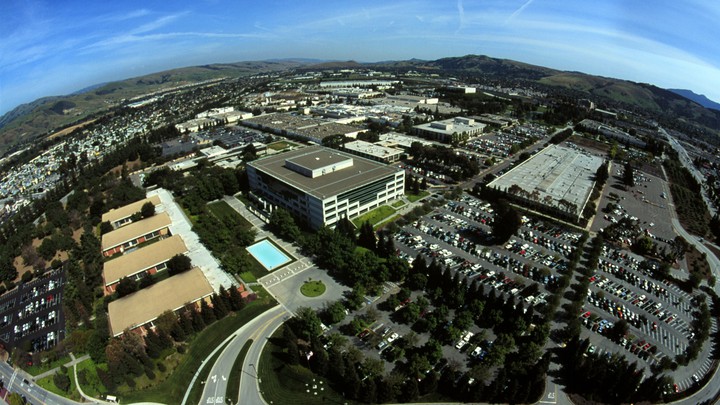 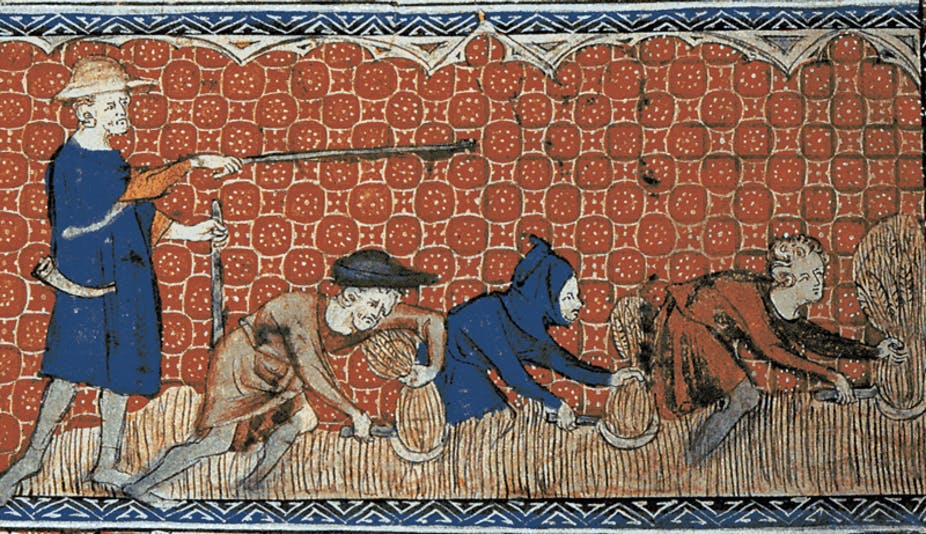 The Best Music for Productivity? Silence 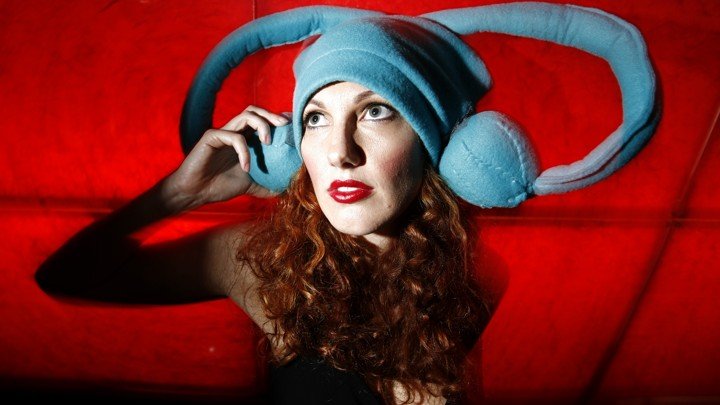 Coronavirus Is Bad. Comparing It to the Flu Is Worse 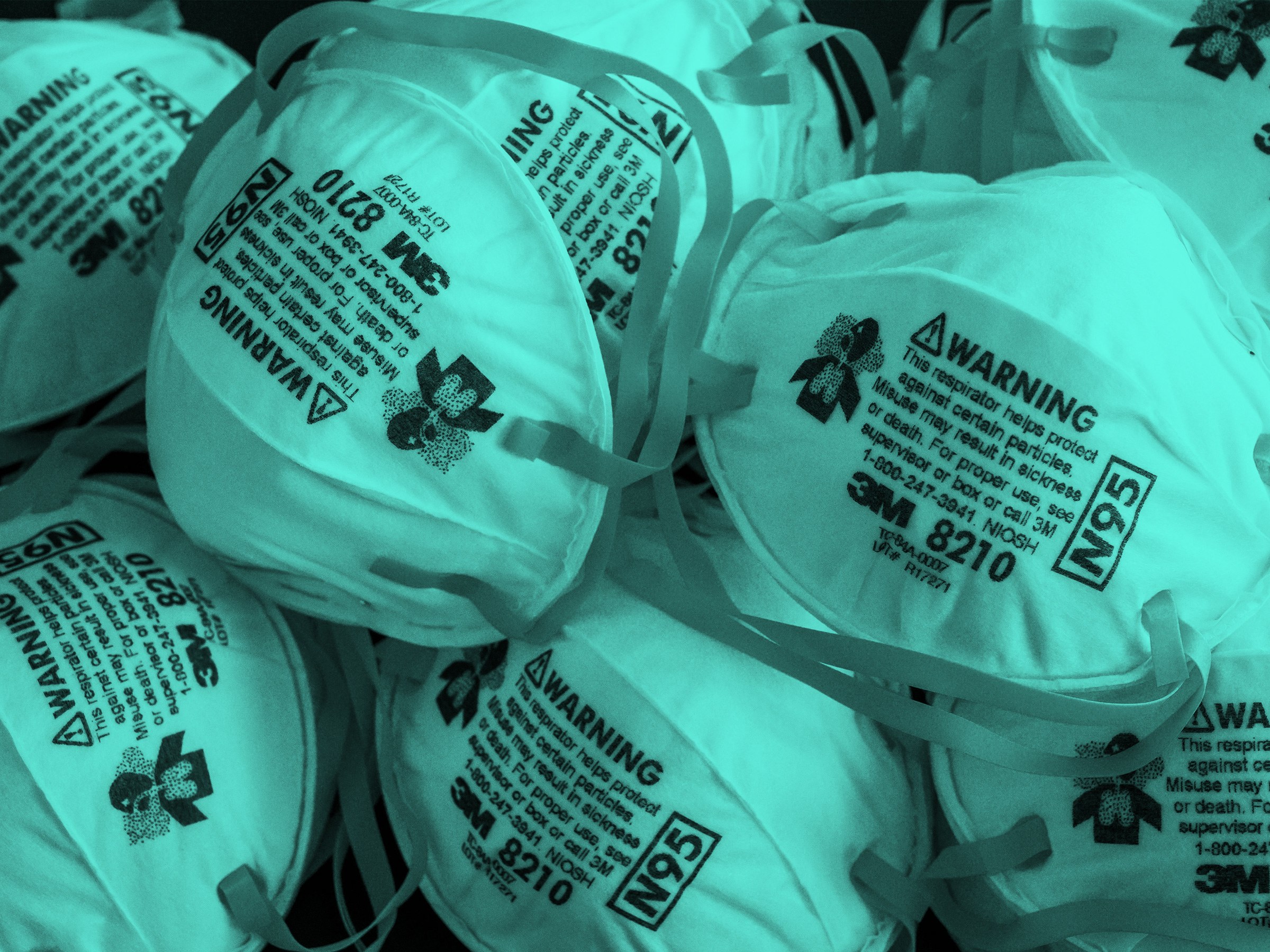 Hundreds of Millions of PC Components Still Have Hackable Firmware 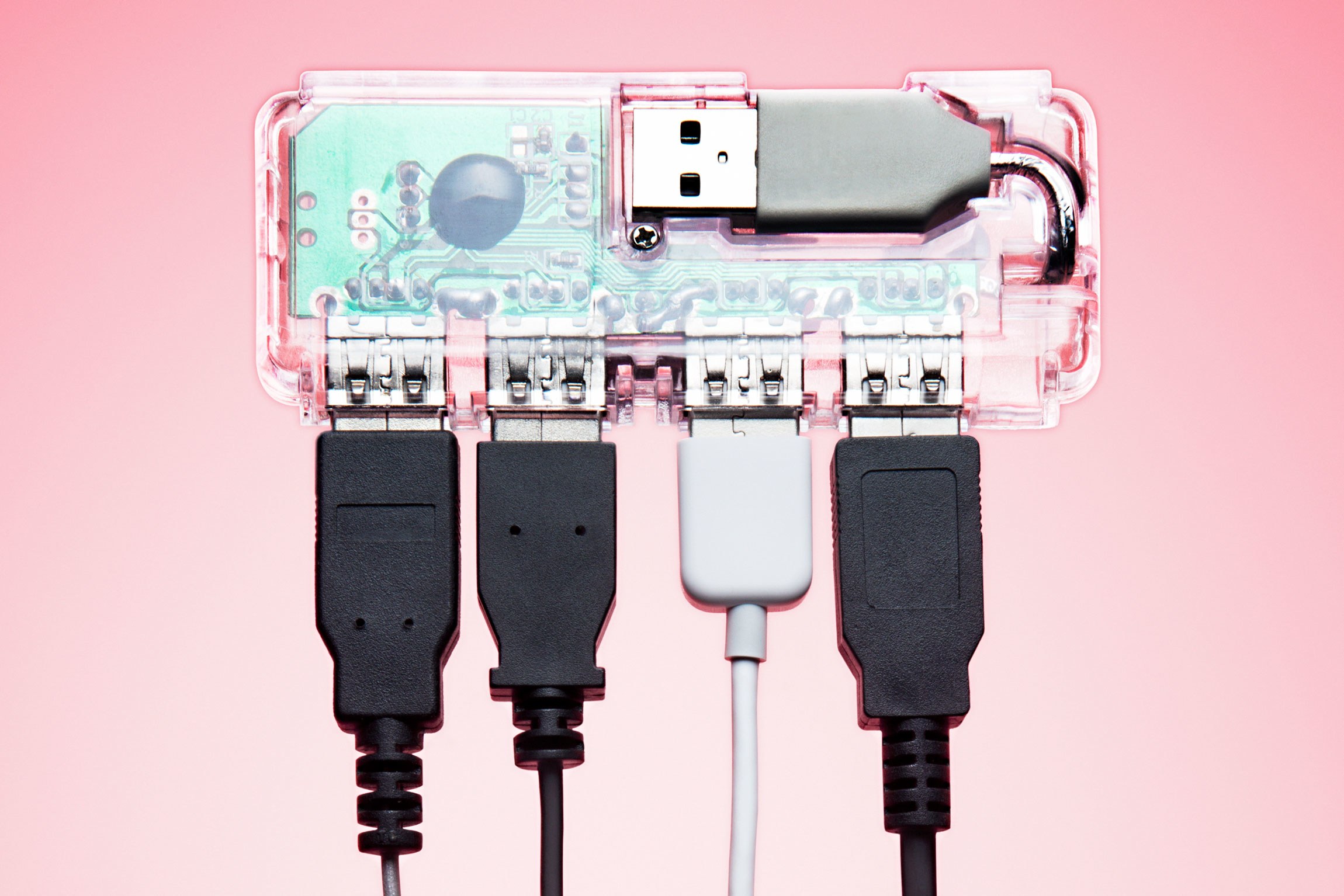 The bones that could shape Antarctica’s fate

How to Digitize Handwritten Notes 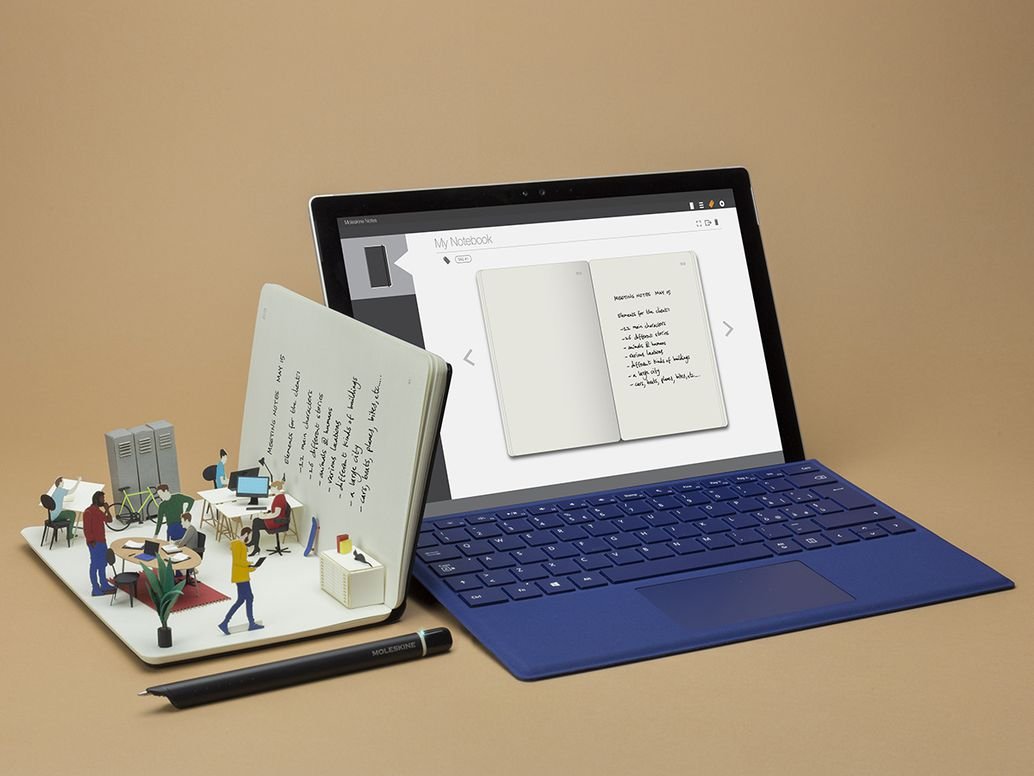 The 2010s Killed the Cult of the Tech Founder. Great! 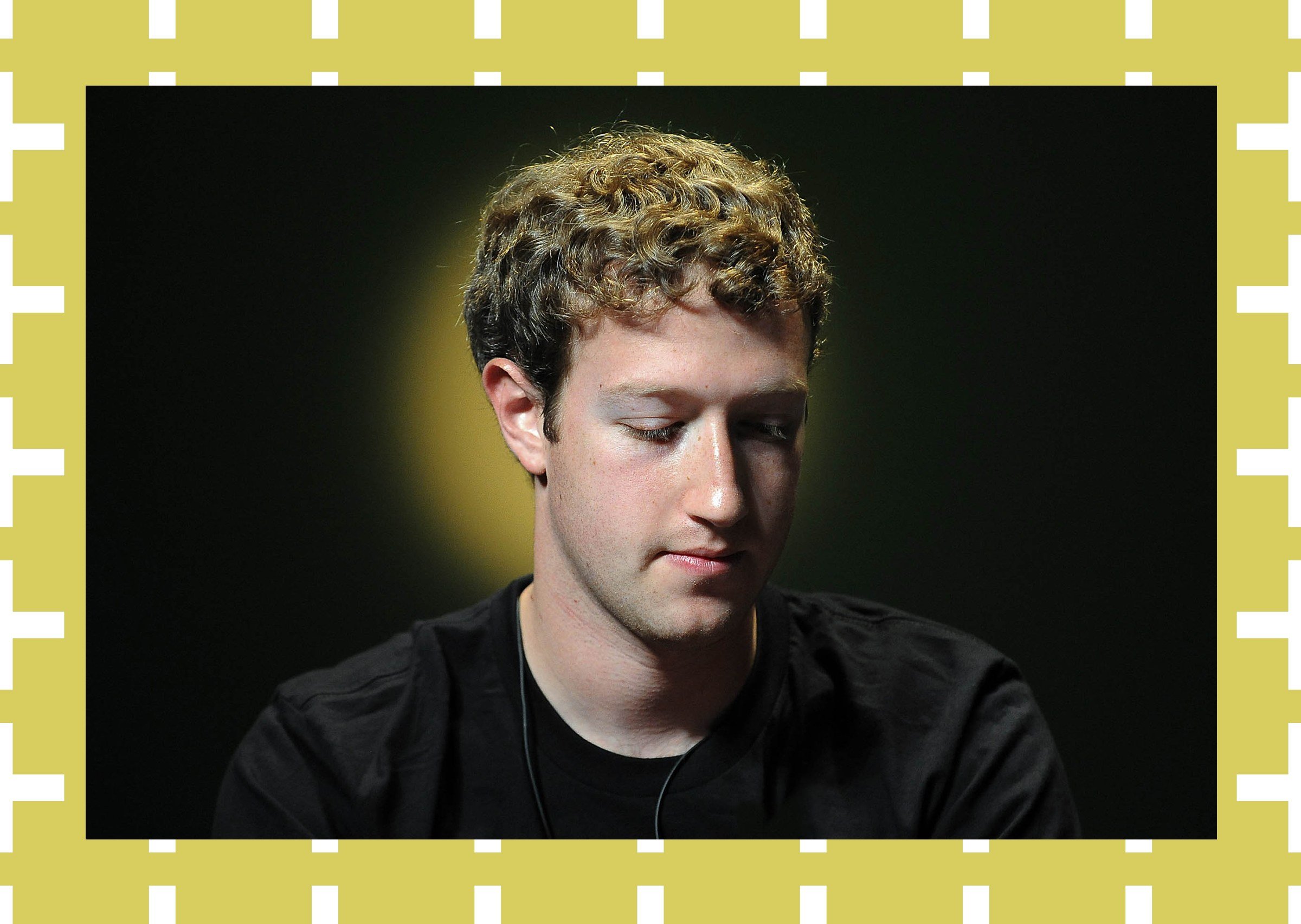 The Packing Hack That Will Solve All Your Suitcase Woes 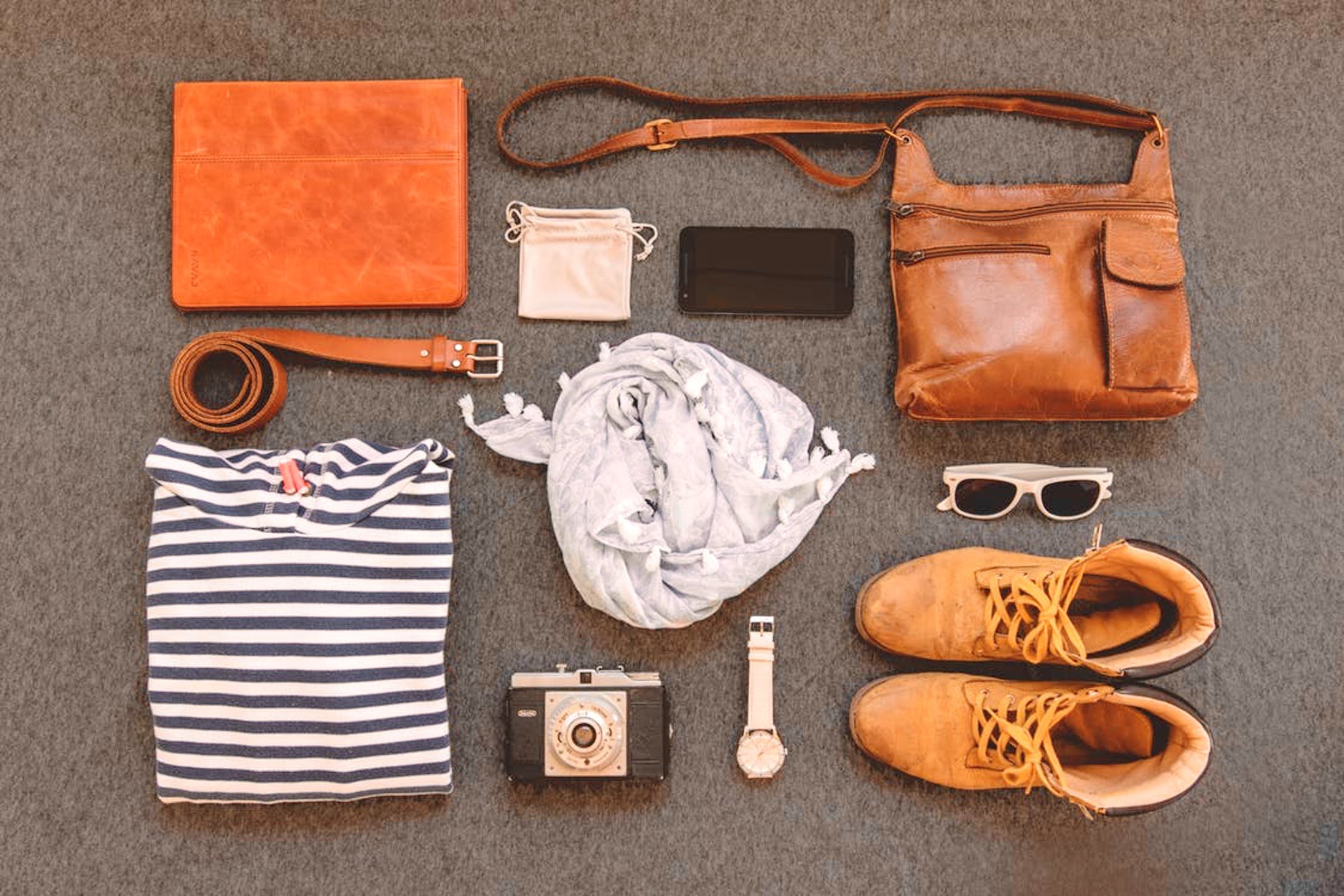