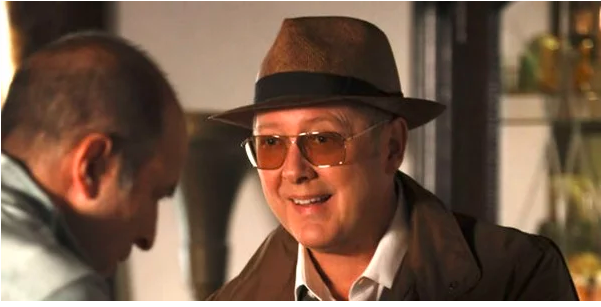 The Blacklist is going to have a lot of family drama when it returns, and that is far from all! The twisty NBC drama has cast a fantastic actress to play Red’s ex for an upcoming episode in the back half of Season 7, hinting at romance and suspense. Little is known about real Red’s personal life outside of some interesting details, so are fans really going to learn more about his romantic relationships now?

It seems like a possibility! Fresh off falsely believing that his maybe-ex Katarina Rostova is dead following the midseason finale, The Blacklist is introducing what may be one of Red’s genuine ex-girlfriends. Who is she? According to TVLine, the crime drama has cast Nip/Tuck vet Joely Richardson as Cassandra Bianchi for what The Blacklist’s creator, Jon Bokenkamp, describes as an “intense” whodunnit episode.

As you might imagine, given who Red undeniably is, Joely Richardson’s Cassandra also has ties to the criminal world. She is said to be a “shrewd” one and is described as being “elegant, charming, and ruthless.” Cassandra and Red clearly have a lot in common! I do wonder why they broke up, but while their past may be a mystery, their present is less of one.

The Blacklist will have Cassandra and Red’s paths cross after her fortunes take a drastic downslide. Cassandra’s relations with a colleague are said to endure a sharp decline, which causes her to join forces with Red to survive! Her life is at stake, so this is some intense and serious business.

The Blacklist’s creator, Jon Bokenkamp, teased that the episode will pretty much revolve solely around Red and Cassandra. Interesting! You can check out Joely Richardson as Cassandra in an exclusively released promotional still from TVLine below:

Whoever Red really is, he apparently shares a unique past with Joely Richardson’s Cassandra. I am guessing their relationship began after James Spader’s character assumed the identity of Raymond Reddington. It would be jaw-dropping if she knew him before, though. Teasing what to expect from Cassandra and Red, The Blacklist‘s executive producer, John Eisendrath, told TVLine:

The part that [Richardson] is going to play has a deep history with Red. We really enjoy the opportunities that we’ve been able to take, every now and again, where we introduce these significant people in Red’s life that he has a special connection to. She’s one of those special characters.

So many questions! A “deep history” indicates that Red and Cassandra’s relationship goes particularly far back. How much does she know about Katarina and the whole complicated situation with Liz? The Blacklist will undoubtedly have viewers reading between the lines for hard-hitting clues.

It sounds like The Blacklist will be taking a slight break from the drama surrounding Red, Liz, and Katarina, even if only for a single episode. A newfound dynamic that has yet again left Red and Liz’s shaken amid some shocking revelations. In case you missed it, Red is most definitely not Ilya Koslov and Liz now secretly know that. Does Joely Richardson’s Cassandra know his true identity?

I kind of doubt it. That secret is as well-guarded as Fort Knox. Red may have gotten close enough to Cassandra to tell her something, but you just never know when it comes to Red or The Blacklist. I am curious if this storyline will, in any way, dovetail into Red’s health issues. That is a plot thread that has been dangled and tucked in, periodically.

Regardless, I cannot wait to see James Spader and Joely Richardson star opposite each other in these roles! The Blacklist has a knack for stellar casting, and Richardson is a brilliant choice, in my opinion. This is going to be fun, and it marks an exciting development for Red. His romantic life (outside of Katarina allusions) has been relatively sparse, which is perhaps unfortunate for such a charismatic character.

Red continually talks references to romantic escapades. However, The Blacklist has rarely given viewers a glimpse into that side of his life. There were some exceptions back in earlier seasons. Getting a chance to see Red opposite a former paramour will be a refreshing twist. I am Red-y for it!

Fans will get their first glimpse of Joely Richardson as Red’s ex when The Blacklist makes its highly-anticipated return during the midseason, starting in March 2020. You can catch up on the winning series’ previous seasons on Netflix, which will have a lot of new content joining the rest in 2020.

All Rights Reserved for Britt Lawrence