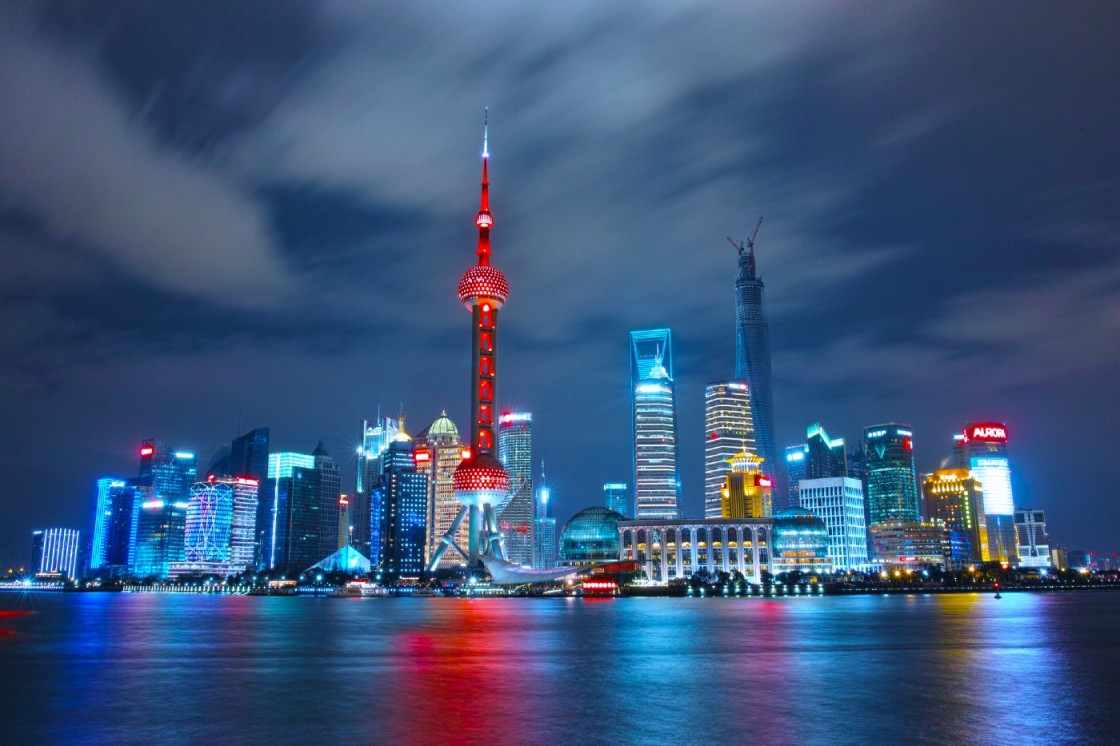 China, South Korea, Taiwan, and Singapore are all starting to recover from the COVID-19 outbreak. Although Singapore has recently gone into lockdown and experienced a surge in new cases, we anticipate that authorities there will get the new outbreak under control. What we expect to see within months: restrictions continuing to ease in Asia, and the start of recovery, primarily in the countries mentioned above.

While the natural reaction for nations in this age of pandemics might be to become more closed and nationalistic, we believe it will be critical to become more open, transparent, and collaborative. It will be more important than ever for governments and private industries to share information and knowledge across borders rather than pull back into their shells.

To understand why we should continue to become a closer global village, just consider the increased sharing of data and information between national health agencies to help combat COVID-19 — and look at how South Korea and Taiwan have been sending medical supplies (i.e., masks, test kits) and Alibaba has been sending equipment to Africa and elsewhere in the world.

There will be a need for balance and hedges for future pandemics, such as food security and improved supply chain management, but not a driver towards the extreme of closing borders.

Read on for our initial thoughts on the post-coronavirus recovery and how Asia will lead.

China’s initial lack of transparency and poor handling of the initial outbreak of COVID-19 is controversial. But the government quickly mobilized and reversed its fortunes.

The Chinese stock markets have rebounded and already outperformed all global markets this year. And the March trade report was a positive sign: China’s fall in exports in March was 6.6%, but analysts had projected it to be 14%. Imports were projected to fall by 9.5%, but the actual number was 0.9%.

Consumer activity is also starting to bounce back. For example, Nike has reopened 80% of its 7,000 stores in China. And in a recent McKinsey survey, 47% of China nationals were optimistic about the economy rebounding within two to three months to pre-pandemic levels or greater; 48% were unsure; and only 5% were pessimistic that there will be a long-lasting impact and the Chinese economy will fall into a recession.

Runners-Up (and Catching Up Fast): South Korea, Taiwan, and Singapore

South Korea’s quick response to the outbreak with rapid testing and contact tracing allowed for a strong flattening of its COVID-19 curve. As of April 22, South Korea had 240 deaths out of 10,702 cases. The past few weeks, some restaurants have seen customers return to more than 50% to 75% capacity, and physical retail is starting to pick up.

Most businesses — apart from “high contact” ones such as health clubs — remained operational, as South Korea didn’t implement strict lockdowns and allowed companies to decide on a work-from-home policy.

Retail stores were only shut down if a known carrier visited; the store would be quarantined for a day to clean it and then it would reopen the day after.

Another difference between the US and South Korea: everyone wears masks whether inside or outside, and all of the larger stores check the temperature of every person going in and make them wash their hands.

Taiwan shut its borders to China early in January and implemented strict monitoring. As of April 22, there were 6 deaths out of 427 cases. Confidence in the government’s and citizens’ response allowed SparkLabs Taipei to host its third demo day on March 11th, with over 900 people attending and no outbreak or concerns. Edgar Chui, our managing partner at SparkLabs Taipei, and his team paid attention to all the details and had body temperature sensors, hand sanitizers, and masks available, and ensured there was more than 6 feet of space between attendees and seats.

Rapid response, good coordination between public and private entities, thoughtful measures, and strong public messaging have set the foundation for good recovery for these three countries. Or another take is that in all three countries, government and leadership combined transparency, strong communication, and flexibility with rapid execution. Ironically, these are also key elements for startup and innovation success, which may be why both South Korea and Singapore are ranked in the top three of Bloomberg’s recent list of most innovative countries.

Some of these innovations will have to respond to changes in national and local government regulations. For example, there has been an enormous amount of food waste during this crisis. The Dairy Farmers of America estimated that US farmers are dumping up to 3.7 million gallons of milk each day. Just one farmer had to throw away 1 million pounds of onions, and there are dozens of similar stories, because the supply chains for consumers are different than those for the restaurant and food service industry. The food service industry purchases in bulk and in the US alone services over 130,000 K-12 schools.

Since China is in its recovery stage, it has already made its food supply chain more efficient, with faster security checks and regulatory processes. We assume other countries will follow.

Additionally, better coordination will be needed between nations for the delivery of foods, testing for food safety (from new startups or new products from established corporations), and improved tracking on the supply chain (i.e., from blockchain-based tracking startups or established firms such as IBM).

One of our portfolio companies, James Tyler, alerted us to one example: Australia recently recognized the Xinjiang province in China as a bio-secure food production region. That means that food coming from Xinjiang to Australia doesn’t have to go through fumigation, heat treatment, cold treatment, and other measures.

As stated above, countries may be inclined to become more protectionist as a result of the crisis. But to improve the overall supply chain for the food industry, they should instead become more open and collaborative across the globe.

One reason why China, South Korea, Taiwan, and Singapore were able to decrease the risk and spread of COVID-19 was contact-tracing. Not as commonly known is that the solutions range from low tech to high tech.

In South Korea, after 2015 MERS outbreak, the government allowed for the tracking of people with infectious diseases during national outbreaks. This means that today and for the past couple months, the public can access mobile applications that show where COVID-19 patients are walking around or traveling to.

In Taiwan, most contact tracing was done through paper forms. When we hosted our SparkLabs DemoDay3 in Taipei in March, all 900-plus attendees had to fill out a form of their travel records and contact information. Any meeting with more than three people required these forms.

In Singapore, the country’s TraceTogether app was only rolled out on March 21, 2020. Most of the contract tracing has been a very manual process of teams of disease investigators interviewing people with confirmed COVID-19, asking them where they went and who they met with during the prior two weeks. Some of this information has been cross-checked with surveillance camera footage and even ATM and credit card transaction information. And in typical Singapore tradition, if you are caught lying to one of these investigators you can serve up to six months in jail, be fined up to $10,000, or both.

China’s contract tracing efforts have been a mix of manual processes and some technology. What’s more intriguing — and more of a concern — is the “Health Code” app provided through WeChat or Alipay. This app designates users with one of three codes (green, yellow, or red), which allows them to travel, informs them to stay at home (typically recommended to stay at home for seven days), or indicates that they’re a confirmed COVID-19 case and should be quarantined. The issue and concerns around this app are that the algorithm is a black box, and some people have complained about their designations.

While the concerns about privacy are real, we assume that some countries will follow South Korea’s regulatory framework, which allows for contract tracing in times of pandemics but protects individual data privacy rights.

There is also an opportunity for opt-in applications that allow people to voluntarily share certain information if it serves the greater good, especially in the healthcare sector. For most nations and their citizens, how their privacy and data are protected will be essential.

We predict that the pandemic will spur countries in Asia, particularly China, to focus on the environment, sustainability, and improved public health. China will have a major drive to improve conditions, which will open up many opportunities for sustainability and environmental businesses — particularly those with new technologies for water, air, and soil clean-up and data analytics.

We are optimistic that as countries in Asia have shown, the recovery in the US and Europe will be faster than expected. Some of the solutions mentioned above were not nearly as technologically driven as many assumed. Nor do we believe these affective responses were based on “Asian culture,” since there are so many differences between China, South Korea, Taiwan, and Singapore. (But that’s a whole other sociological discussion and not the topic of this column.)

What excites our firm are several factors. In part, that Asia is on a path to consume 50% of global GDP by 2040 and drive 40% of the world’s consumption (McKinsey 2019 Report). But more than that: The characteristics that led these countries in Asia to a quick recovery from this pandemic — their transparency, rapid execution, and strong leadership — are the same things that validate and keep us investing in early-stage companies in the region.

All Rights Reserved for Bernard Moon 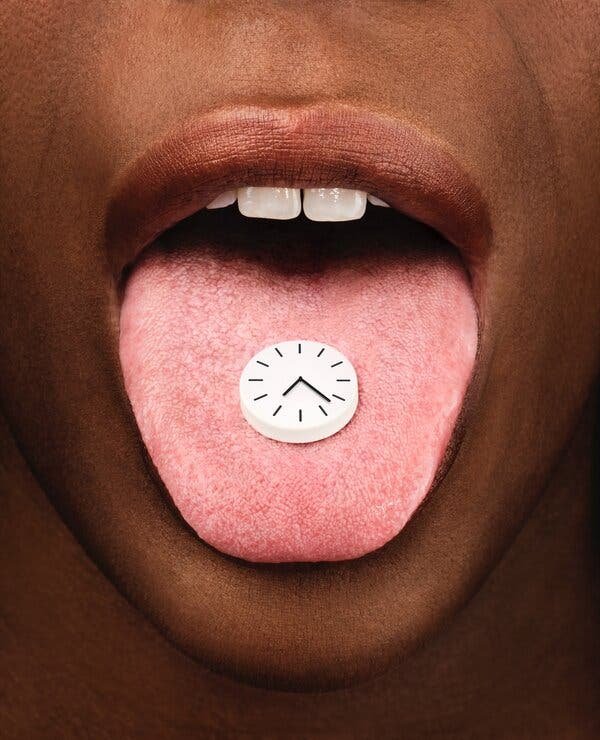 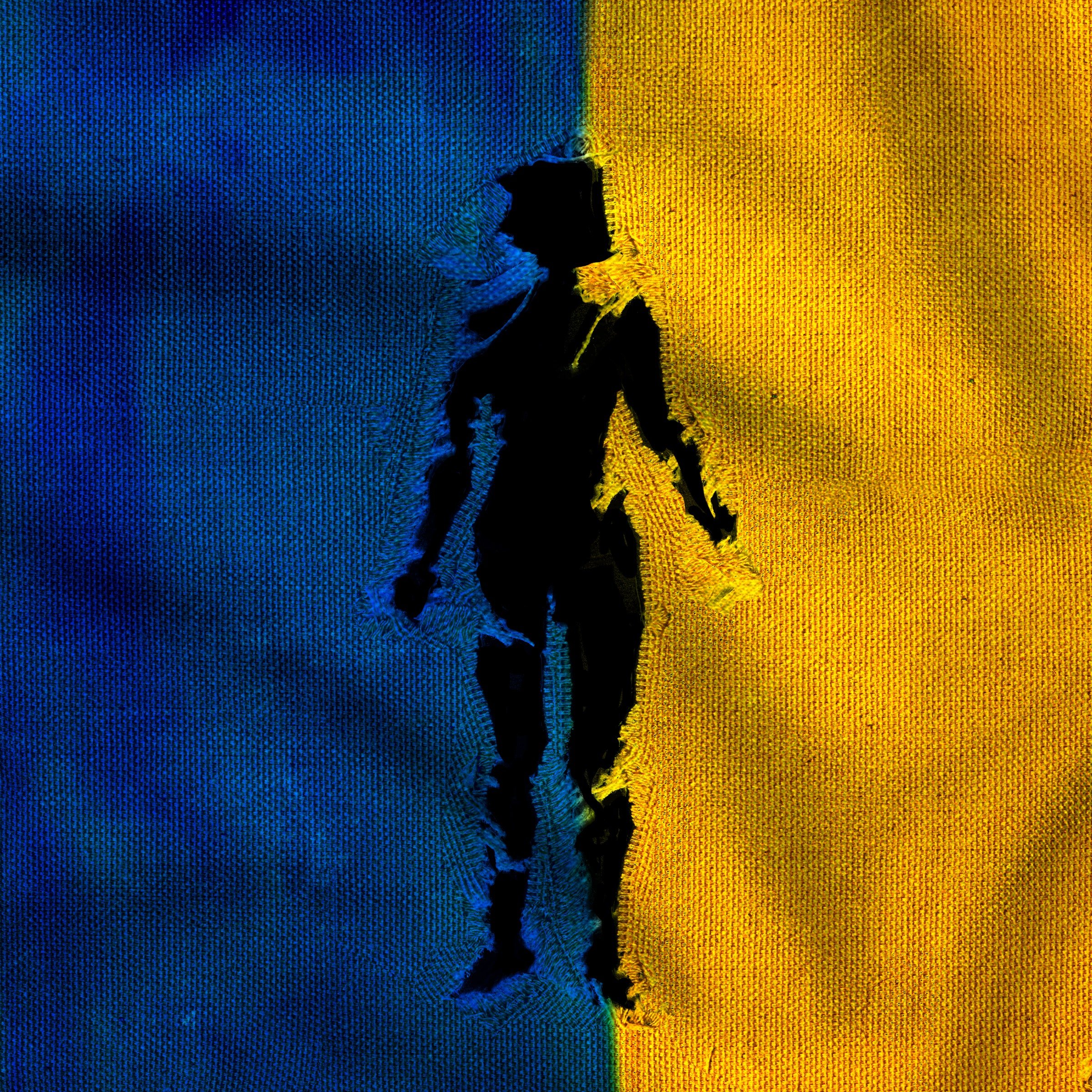 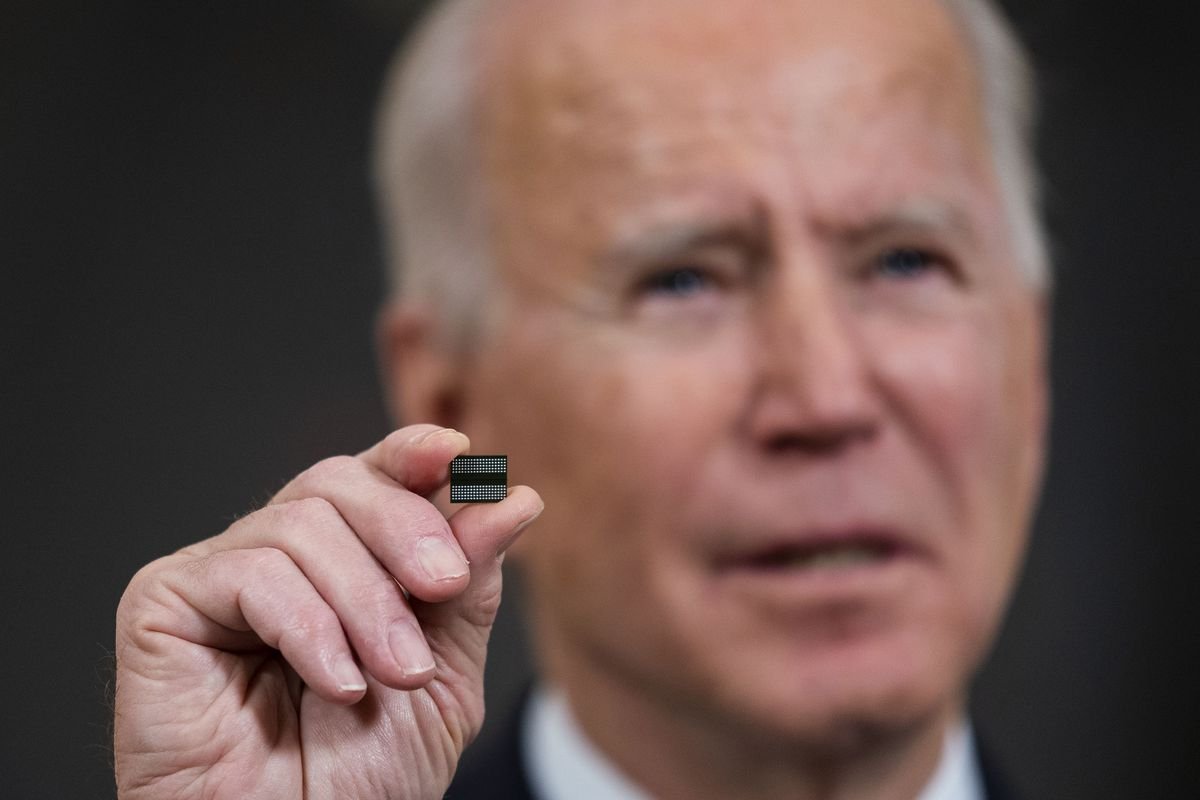 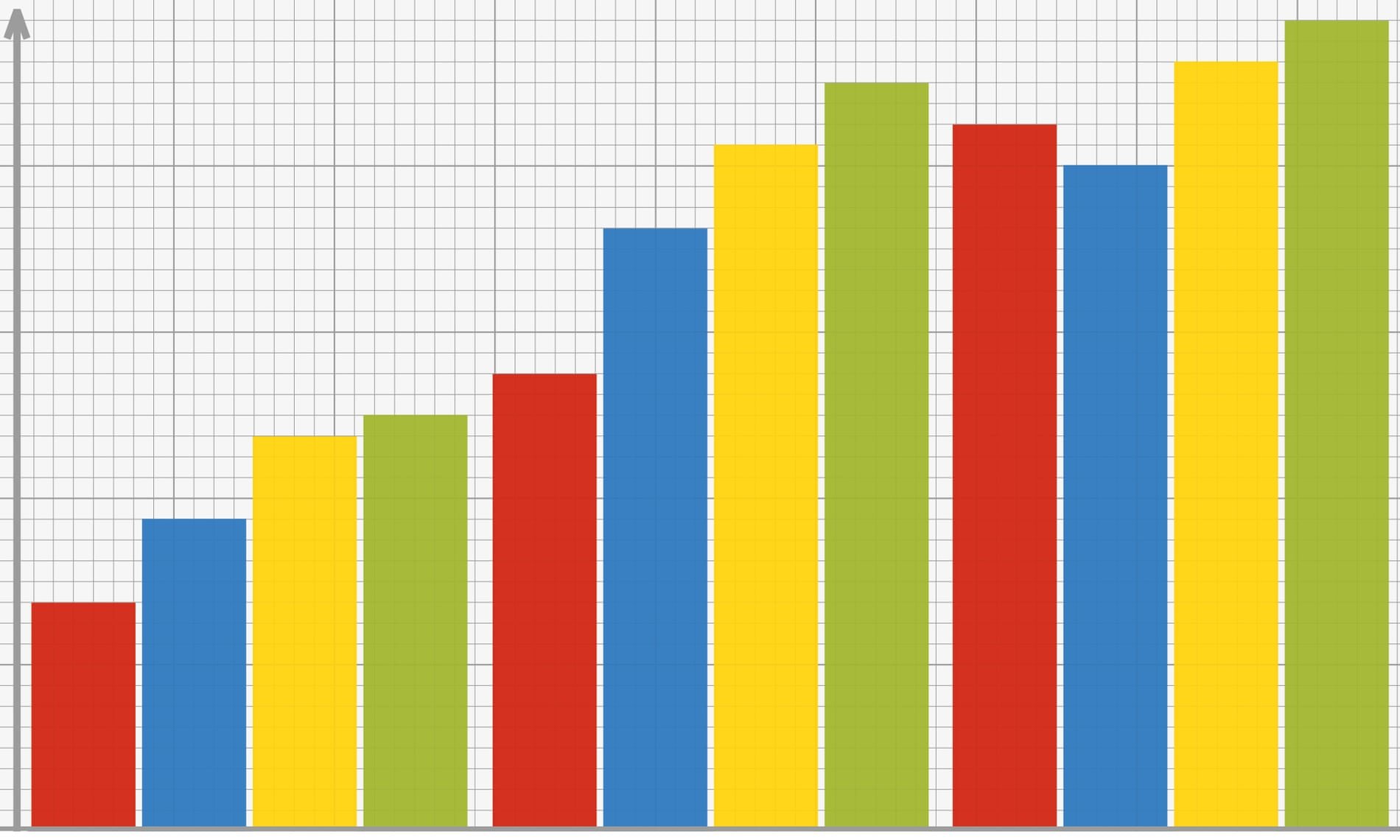 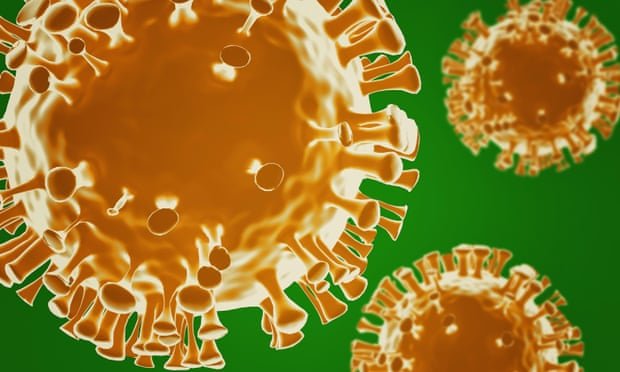 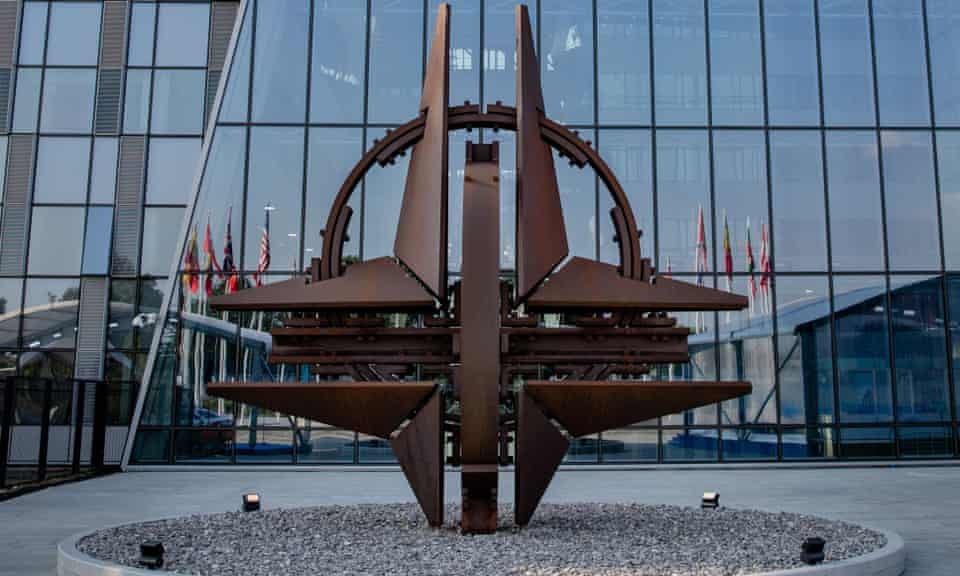 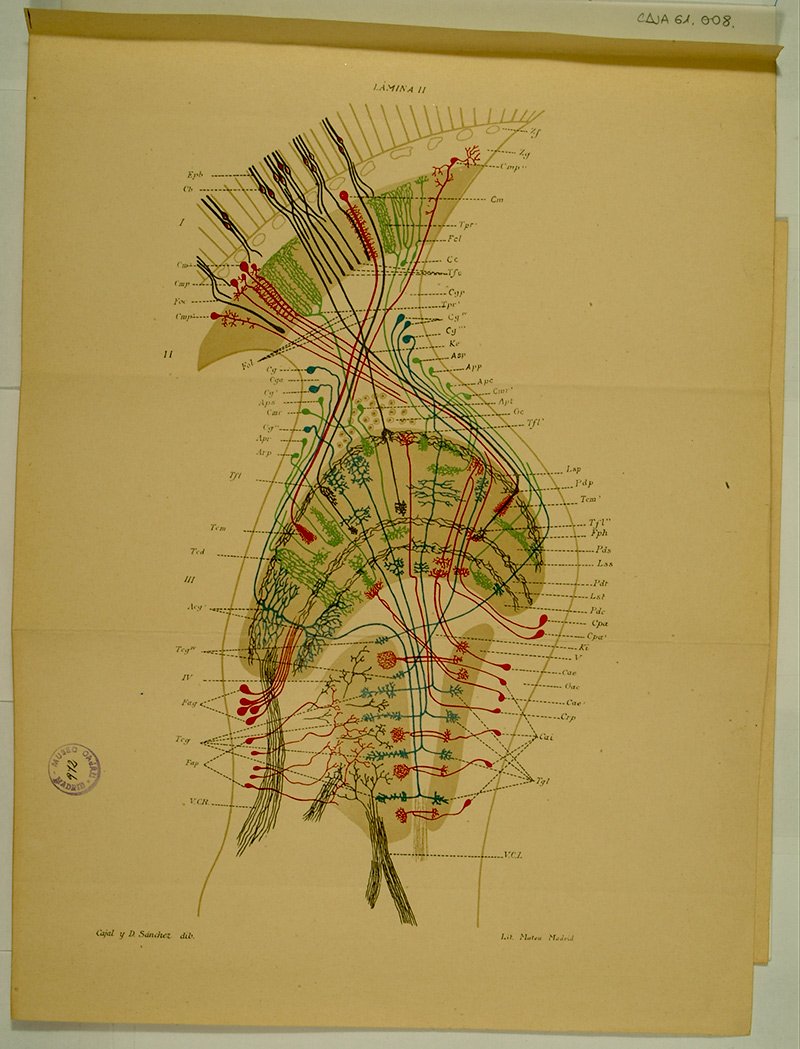 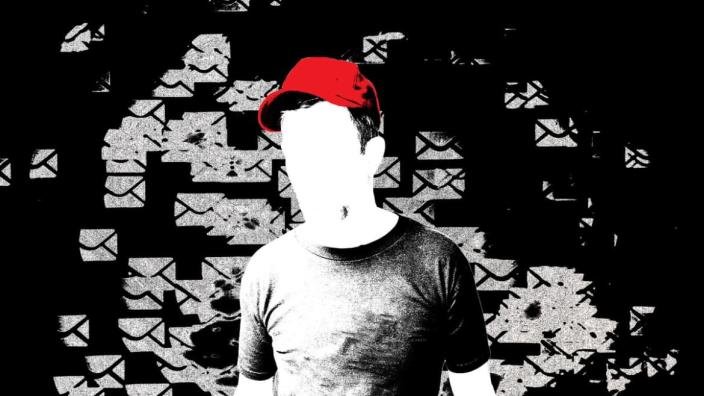 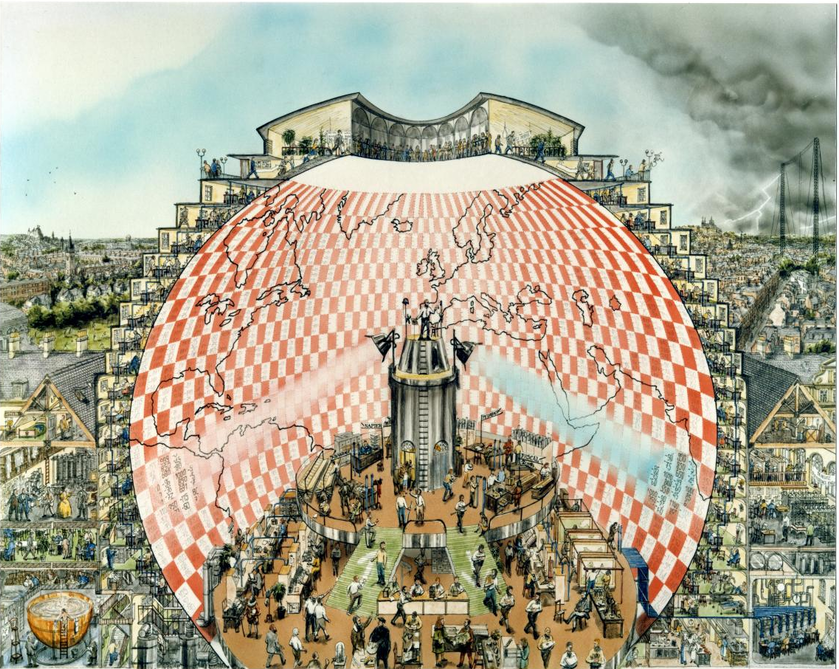