Cleaning out the closet for most millennials goes like this: You slough through the items you haven’t worn in the past couple of months or longer. Pack them into a tote you don’t need but keep around perhaps for moments like this. Sort the pieces you think you can get some money from at Buffalo Exchange or Beacon’s Closet if you live in New York City. Then, you bring the rest to your local Goodwill or Salvation Army and donate it. The idea, of course, being that your unwanted pieces will go to someone locally who needs it. Afterward, you pat yourself on the back. Turns out though, the journey of a donated garment might not be as linear as you think it is.

What actually happens to your donated clothes is a very involved process with a lot of complicated layers, each worth taking the time to understand. Let’s start here: Contrary to popular (naive) belief, less than 20 percent of clothing donations sent to charities are actually resold at those charities. Generally, the other 80 percent is sent to textile recyclers who then determine the next cycle of the garment’s life. Almost half of the donations will be exported and sold in developing countries, while the other half will be recycled into rags and household insulation. These actions are taken, primarily, because, as Elizabeth Cline, author of Overdressed: The Shockingly High Cost Of Fast Fashion, explains, “There are just far more unwanted clothes in the United States than there is demand.” She goes on to outline: “Charities receive far, far more unwanted clothing donation than they could ever possibly sell in their thrift stores, so they have relationships with other textile sorting and exporting companies who can find a place to sell those clothes and find another market for them to go.”

So, though your clothes may not be going to someone locally, they are, usually, going to someone. And sometimes there’s a cost associated with it.Now, whether or not that’s a purely good—or bad—thing is up for debate. The U.S. sends away over a billion pounds of used clothing per year, and a lot of those excess textiles are sent to East African countries like Kenya, Rwanda, and Uganda, each of which has received so much that some have proposed banning imported used clothing.

Cline, who went on a trip to Kenya in 2016 to take a closer look at the textile industry there, says it’s a Catch-22 situation. On the one hand, tens of thousands of people work in the secondhand clothing industry there, so if you ban it, those jobs will be lost. But, on the other hand, one way Kenya could grow its economy is by building clothing factories and producing their own garments. “I think the main thing that I disagree with is the secondhand industry in the United States bullying East African countries into importing our old clothes,” she says. “If these countries decide that it would be better for their economy to not import this stuff, I feel like the United States should respect that.” Until both parties come to a resolution, the clothes will continue to be sent there—and the U.S. is the main beneficiary. “I think that people need to come around to being comfortable with the idea that someone, somewhere is making a profit off unwanted clothes,” she says. “They’re providing us with a service. They’re making this stuff disappear.”

And, at this point, that’s the main concern here: getting rid of the overflow. Americans buy five times more clothing than they did in the 1980s. The amount of clothes that charities and thrift stores receive has doubled over the past 15 years because people are parting with their trousers and blouses way sooner and much more frequently than they used to. A big reason why is the rise of fast fashion. “I’ve received so many heirlooms from my grandma and my mom that have been passed down to me, because the clothes were built with care and quality and with longevity in mind,” Kestrel Jenkins, founder and producer of the Conscious Chatter podcast, says. “So just tossing that in the garbage was a lot less likely because you had an emotional connection to it.”

A $10 graphic tee you might buy today though? That’s going to end up in the donate pile faster than you can say Forever 21. “We don’t value our clothing anymore,” Jenkins declares. “Fast fashion has helped us build up a more intense addiction to buying clothing and, at the same time, it’s helped us really elevate the throwaway culture.” In 2015, British charity Barnardo’s surveyed 1,500 women over the age of 16 and found that the majority of fashion purchases are only worn seven times. Thirty-three percent of the women surveyed consider clothes “old” after wearing them fewer than three times.

Jenkins theorizes that one reason for this is because of social media. “Think about how a lot of bloggers will wear one thing one time and then never wear it again,” she says. That doesn’t necessarily mean that they’re giving it away right after, but Instagram culture leads us to believe that we should be ashamed of being seen in the same outfit more than once. “And I think that that’s totally absurd and something that we need to fight back against.” Another reason people aren’t wearing items until the end of their lifecycle is a bit more obvious: the quality of clothing doesn’t lend itself well to long-term wear.

A simple solution is to shop smarter. Don’t buy trendy pieces that you know you’re not going to wear a year from now. Buy items that are made well and are going to last. “Think about the end of a garment’s life when you’re buying something new,” Jenkins recommends. “Think about how many times you might wear it—are you going to be able to integrate this into your wardrobe and use it multiple ways and really give it the life it deserves?” Make sure to also ask questions when you’re making a clothing purchase. The more transparent a brand is about where something was made, what it’s made out of, and who made it, the better, Jenkins says. It’s a tedious but necessary process. Some of her favorite sustainable brands (in terms of style and story) are Proclaim, Whimsy + Row, Zanni, and Swedish Stockings.

Once you wear your garment down—faded the color on the buttons, exhausted the zippers—and before you consider heading over to your local thrift store, consider re-selling items on sites like SilkRoll, Poshmark, and eBay or apps like Depop and even Instagram. Planning swap meets with friends is also a good idea, Cline says. “It’s a good way to take responsibility for your own unwanted clothes. And I know, for me, it’s changed the way that I shop… I’ll try to buy things that have a higher resale value. I’ll buy things that I know someone is going to want if I decide I no longer want it.”

When you’ve exhausted all of your other options, then bring it to a Goodwill or Buffalo Exchange or local charity. What you don’t want to do (ever, ever, ever) is throw away your clothes. You’ve probably already done that though, haven’t you? The average U.S. citizen throws away around 80 pounds of clothing and textiles annually. A big percentage of that ends up in landfills, which then decomposes and emits a toxic brew of pollution. Even if you don’t agree with how charities distribute the clothing you donate, it’s a lot better than the alternative. “Anywhere that’s actually providing a take-back solution or a place for you to drop off clothes that you don’t want anymore, that’s good because it’s keeping clothes out of landfills,” Cline says.

Plus, at the end of the day, we’re the problem here. We’re the ones whose actions need to be questioned and challenged. “We have to confront the fact that we Americans buy far, far more clothing than any other people on the planet and, as a result, we have more unwanted clothing than anywhere else on Earth,” Cline says. “I don’t think people need to be focusing on the good or bad way to donate, I think that the bigger issue is keeping unwanted clothes out of landfills and, in an ideal world, people thinking about the issue of textile waste when they’re shopping.”

So, keep this in mind when spring cleaning comes around—but, also, just in general.

All Rights Reserved for Taylor Bryant

Sharks Use the Earth’s Magnetic Field Like a Compass 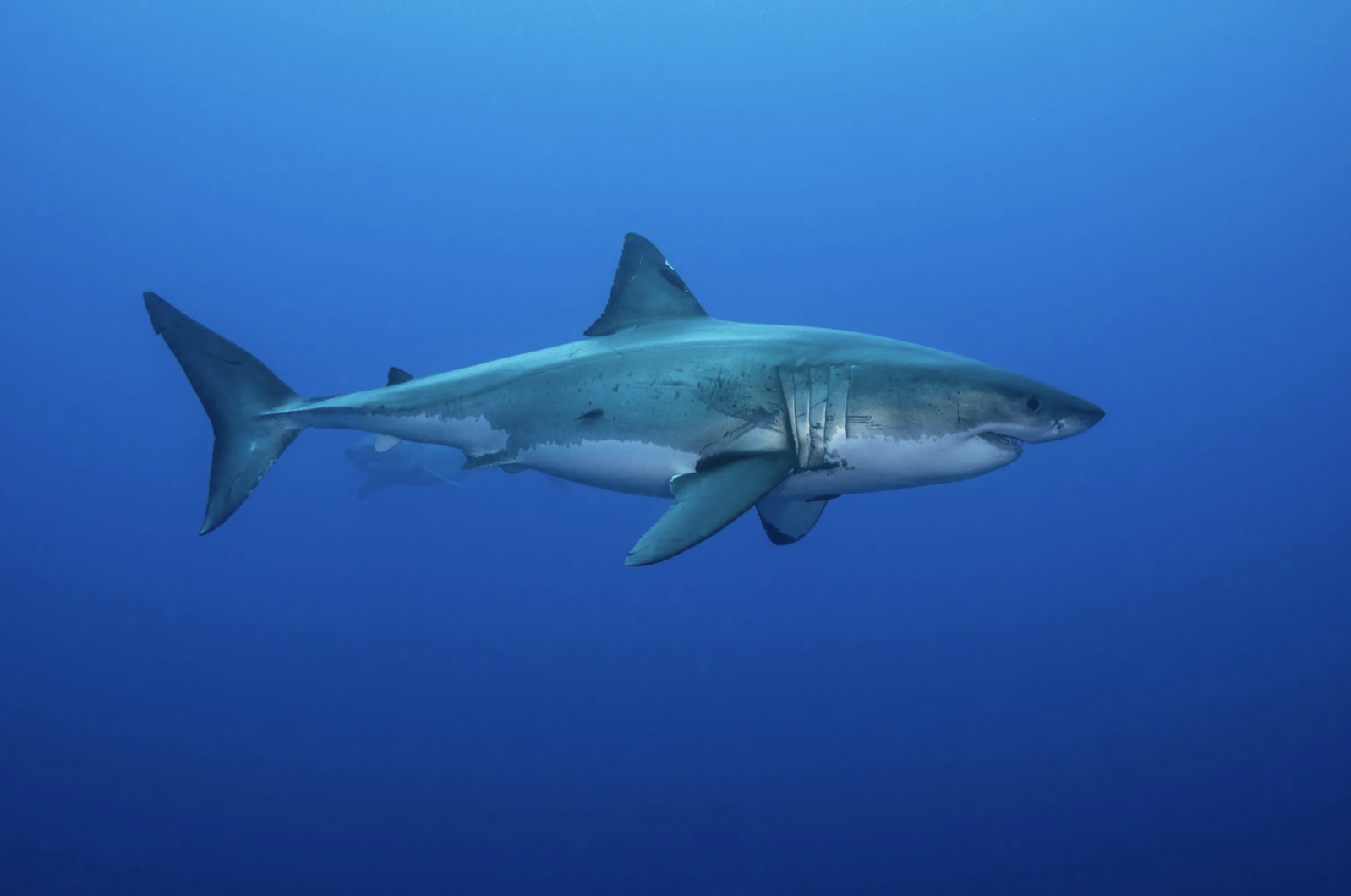 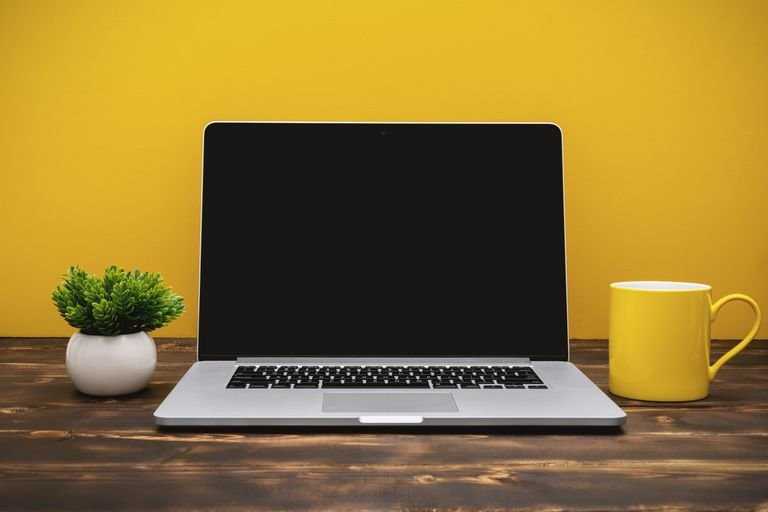 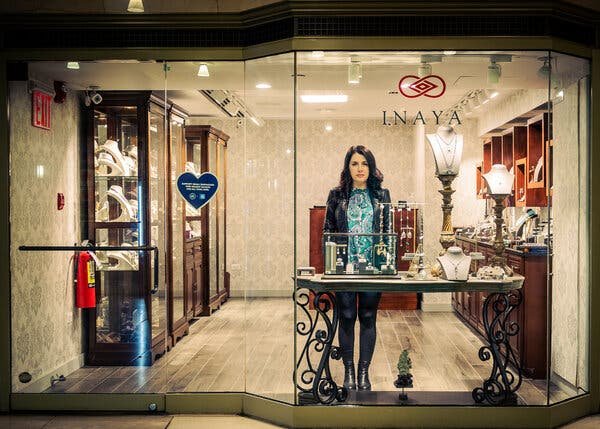 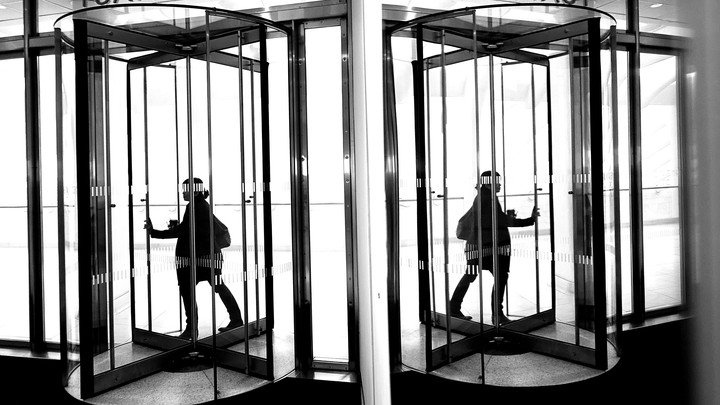 The Dharma of Working Out 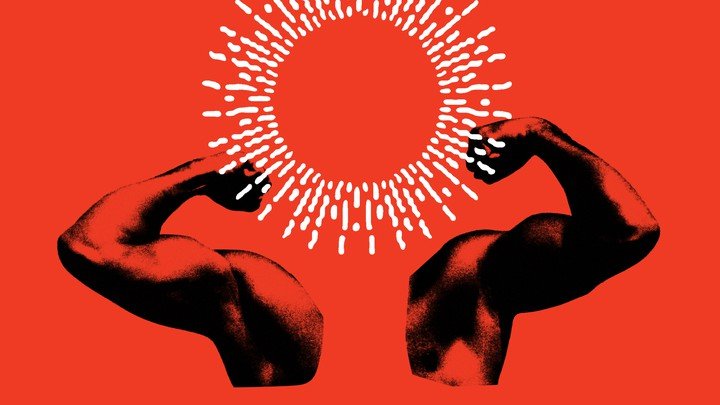 China Is a Paper Dragon 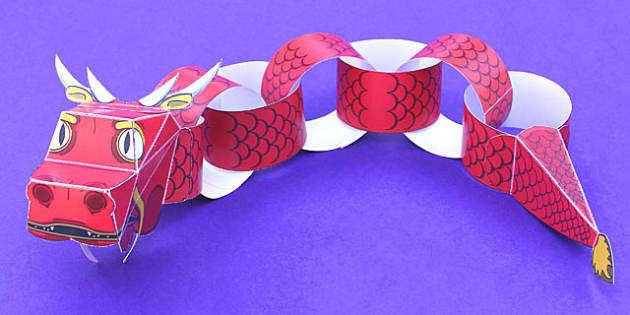 The clockwork universe: is free will an illusion? 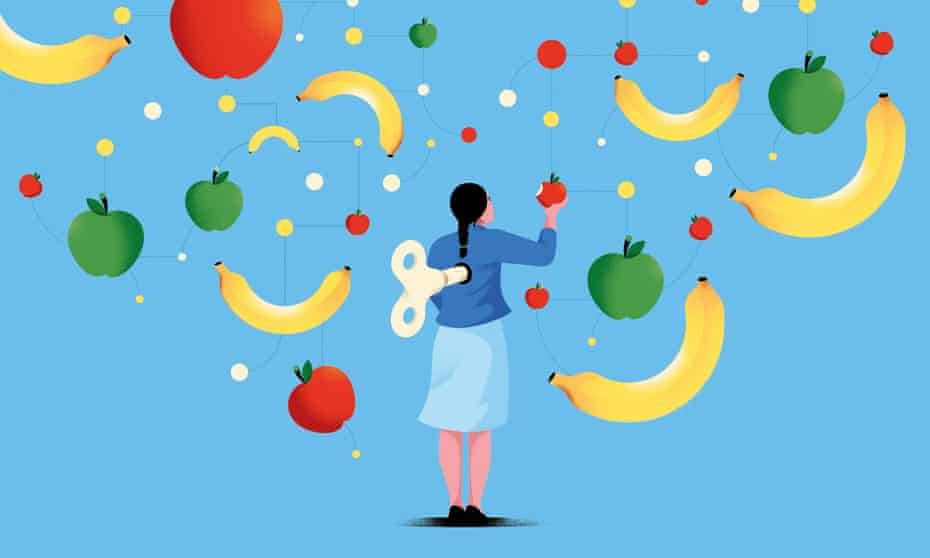 Artificial intelligence research may have hit a dead-end 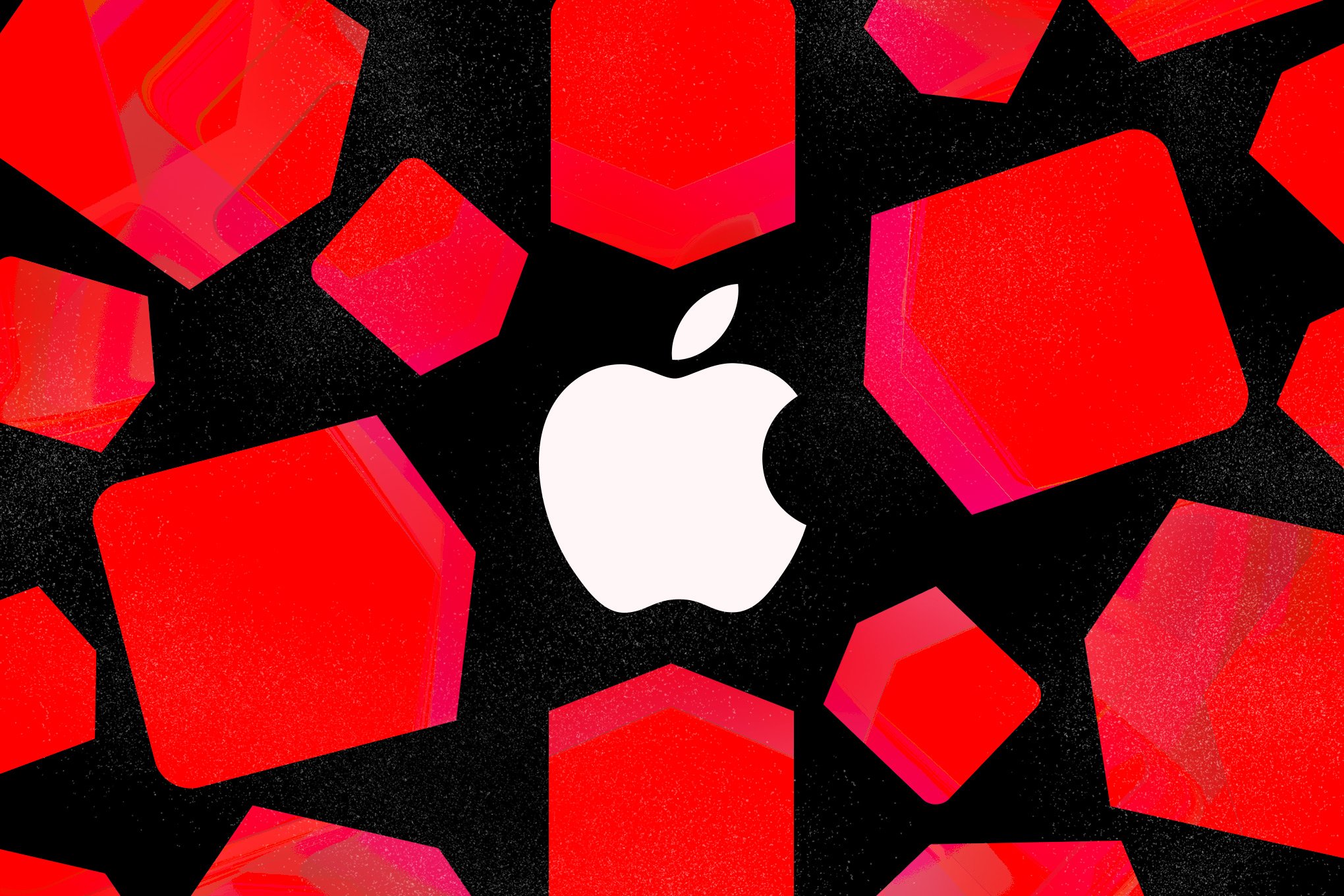 These Materials Could Make Science Fiction a Reality