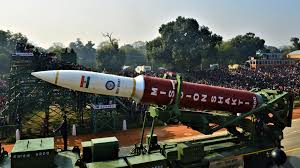 As Risks of Space Wars Grow, Policies to Curb Them Lag

On April 22, Iran’s Islamic Revolutionary Guard Corps announced a successful launch of what they described as a military reconnaissance satellite, which came after several failed attempts. The satellite joined a growing list of weapons and military systems in orbit, including Russia’s test of a missile system designed to destroy satellites, also in April, and India’s test of an anti-satellite weapon, which the country launched in March 2019.

Experts like Brian Weeden, director of program planning at the Secure World Foundation (SWF), a nonpartisan think tank based in Broomfield, Colorado, worry that these developments — all confirmed by the newly reestablished United States Space Command — threaten to lift earthly conflicts to new heights and put all space activities, peaceful and military alike, at risk. Researchers at SWF and the Center for Strategic and International Studies (CSIS), a nonpartisan think tank in Washington, D.C., both releasedreports this year on this rapidly evolving state of affairs. The reports suggest that the biggest players in space have advanced their space military abilities, including anti-satellite weapons, which destroy satellites, and technologies that merely disrupt spacecraft, for instance by blocking data collection or transmission.

Many of these technologies, if deployed, could ratchet up an arms race and even spark a war in space, the SWF and CSIS researchers caution. Just blowing up a single satellite scatters debris throughout the atmosphere, said Weeden, co-editor of the SWF report. Such an explosion could hurl projectiles in the paths of other spacecraft and threaten the accessibility of space for everyone.

“Those are absolutely the two best reports to be looking at to get a sense of what’s going on in the space community,” said David Burbach, a national security affairs expert at the U.S. Naval War College in Newport, Rhode Island, who was not involved in the new research.

The world is very different today compared to the Cold War era, Burbach added, when access to space was essentially limited to the United States and the Soviet Union. Now, the countries involved in space have expanded beyond the U.S. and Russia — especially India, Iran, and North Korea, but also France, Japan, and Israel.

Despite this expansion, as well as the array of new space weapons, relevant policies and regulatory bodies have remained stagnant. “What worries us in the international community is that there aren’t necessarily any guard rails for how people are going to start interfering with others’ space systems,” said Daniel Porras, a Space Security Fellow at the United Nations Institute for Disarmament Research in Geneva. “There are no rules of engagement.”

The new reports use available evidence and intelligence to explore a range of weapons that American, Russian, and Chinese militaries are developing or testing — or already have operational. Notably, CSIS’s report doesn’t include the U.S. But many of the think tank’s top corporate donors are U.S. weapons manufacturers, including Boeing and Lockheed Martin. CSIS is closer in outlook to the Pentagon and to industry than SWF, Burbach said, but they don’t cater to specific donors. In contrast, SWF’s stated purpose is “dedicated to the secure and sustainable use of space for the benefit of Earth and all its peoples.”

The researchers also assessed the advancing programs and weaponry of newcomers. Each nation has unique abilities and characteristics. For example, India has invested heavily in space infrastructure and capabilities, while Japan’s post-World War II space activities were limited until a recent change to its constitution. For Israel’s space program, Weeden said, there isn’t a lot of good data available.

Potential missile attacks on military satellites “tend to get most of the attention, but that is not all that we see happening around the world,” said Todd Harrison, director of the Aerospace Security Project at CSIS and a principal author of their report, during a live stream on April 6.

For example, there is the potential collateral damage to the thousands of everyday satellites that already circle low-Earth orbit, below an altitude of 1,200 miles. About half are from the U.S. — many of the rest are from China and Russia — and provide key services like internet access, GPS signals, long-distance communications, and weather information. Any missile that smashes into a satellite — either as an attack or during a test — would disperse thousands of bits of debris, any one of which, still hurtling at orbital speeds, could take out another spacecraft and create more debris.

“It’s very easy to pollute space,” Burbach said. “The debris doesn’t discriminate. If you create debris, it might just as well come back and hit one of your own satellites. So I think we’re pretty unlikely to see countries actually use those capabilities.” Still, he said, “it would be worrying to see countries showing off that we can do it and start testing.”

When China conducted an anti-satellite missile test in 2007, it created a massive cloud of space junk that drew international condemnation. India’s engineers tried to limit debris by conducting their recent test at a low altitude, so that Earth’s gravity would pull pieces down, where they would burn up on descent. But some pieces flung up to the International Space Station’s orbit. There were no collisions, and as of February, only 15 trackable pieces of debris remained in orbit, said Victoria Samson, director for the Secure World Foundation’s Washington office, during the April 6 CSIS live stream.

As for new military technologies, the experts say many would be worrying to adversaries. France, for instance, is working on laser beams fired from the ground that could dazzle a spy satellite, preventing it from taking pictures of classified targets; North Korea on jamming radio frequency signals sent to or from a satellite; and Iran on cyberattacks that could interfere with a satellite’s systems. Meanwhile, the big three space heavyweights, the U.S., Russia, and China, are already capable of all three approaches, according to SWF report.

The big three also have begun to master what the reports call “rendezvous and proximity operations,” which involve using satellites as surveillance devices or weapons. One country’s satellite could maneuver within miles of a rival’s classified satellite, snap photos of equipment, and transmit the pictures down to Earth. Or if one satellite sidles up to another, it could spray its counterpart’s lenses or cover its solar panels, cutting off power and rendering it useless. Russia may be ahead with this technology, having already launched a series of small “inspector satellites,” as they’re called by the Russian Ministry of Defense, and last fall, according to Gen. John “Jay” Raymond, Chief of Space Operations for the U.S. Space Force, one crept near a U.S. spy satellite, which he referred to as “potentially threatening behavior.”

So far, there are no international policies or norms to tell militaries what’s allowed in modern-day space and what’s not. An incident or a misunderstanding could escalate tensions if it’s perceived as an armed attack, the SWF report argues.

The lack of guidance has left room for a range of activities. In December 2019, the Trump administration signaled its intention to strengthen U.S. space weapons and protect U.S. spacecraft from possible attacks by Russia and China, Weeden said, by transforming the Air Force Space Command into Space Force. The shift “brought a full-time operational focus to the space domain, which was a needed change,” wrote U.S. Space Command Spokesperson Lt. Col. Christina Hoggatt in a statement to Undark. With these forces, the Defense Department seeks to “strengthen deterrence” and improve capabilities to “defend our vital assets in space,” she wrote. This emphasis likely means that U.S. military will focus on making satellites more resilient to attack, Burbach said, rather than developing offensive weapons.

Unlike the U.S., smaller space powers have few satellites and therefore less to lose, Porras said. He argues that a tense regional relationship could be particularly unpredictable. For example, he said, North Korean leaders, in a standoff with South Korea and the U.S., might decide to launch and detonate a nuclear weapon in space, which would burst and propel dangerous radiation that would disable most satellites.

The U.N. and other international groups, including SWF and the Outer Space Institute, a global research organization based in British Columbia, are working to avoid such scenarios. As long as countries don’t launch a destructive space weapon near others’ spacecraft, conduct an overtly provocative test, or disable a critical satellite, peaceful space activities could continue, Weeden said. For now, he points out, countries have only tested missiles on their own defunct satellites, while exercises against other countries’ spacecraft have remained non-destructive.

The only existing international laws offer little guidance for modern weapons in space. While they prohibit weapons of mass destruction in space, they don’t explicitly limit the use of other kinds of space weapons, weapons tests, or military space forces. These laws include the Partial Nuclear Test Ban Treaty, which passed in 1963, and the U.N.’s Outer Space Treaty, which was passed in 1967.

Weeden points out that space diplomats could create new guidelines by developing something like the Incidents at Sea agreement, which the U.S. and the Soviet Union agreed upon during the Cold War to maintain a safe distance between ships and avoid maneuvers in heavy traffic. But until such rules are hammered out, he said, any unexpected satellite tests will inevitably fuel speculation and paranoia.

“Any time you have militaries operating near each other without a lot of transparency or clarity,” he added, “you always have the opportunity for misperceptions that could lead to something very bad.”

All Rights Reserved for  Ramin Skibba 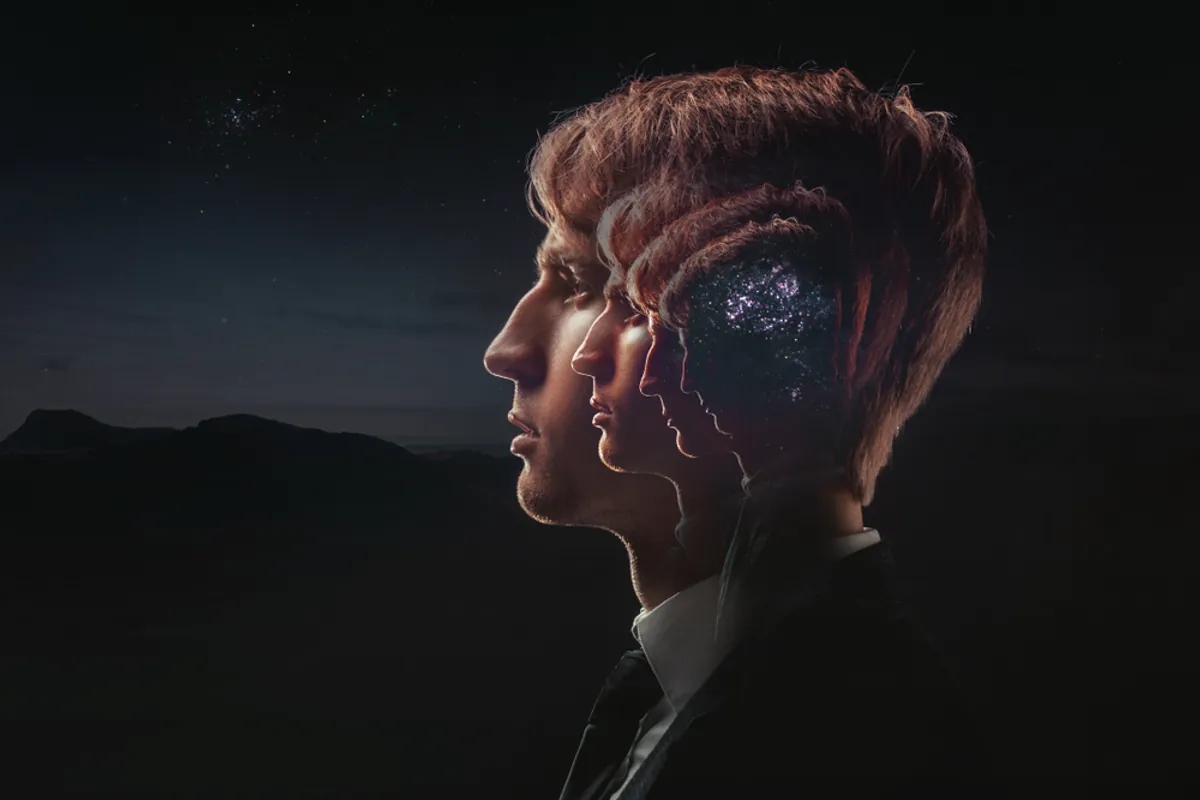 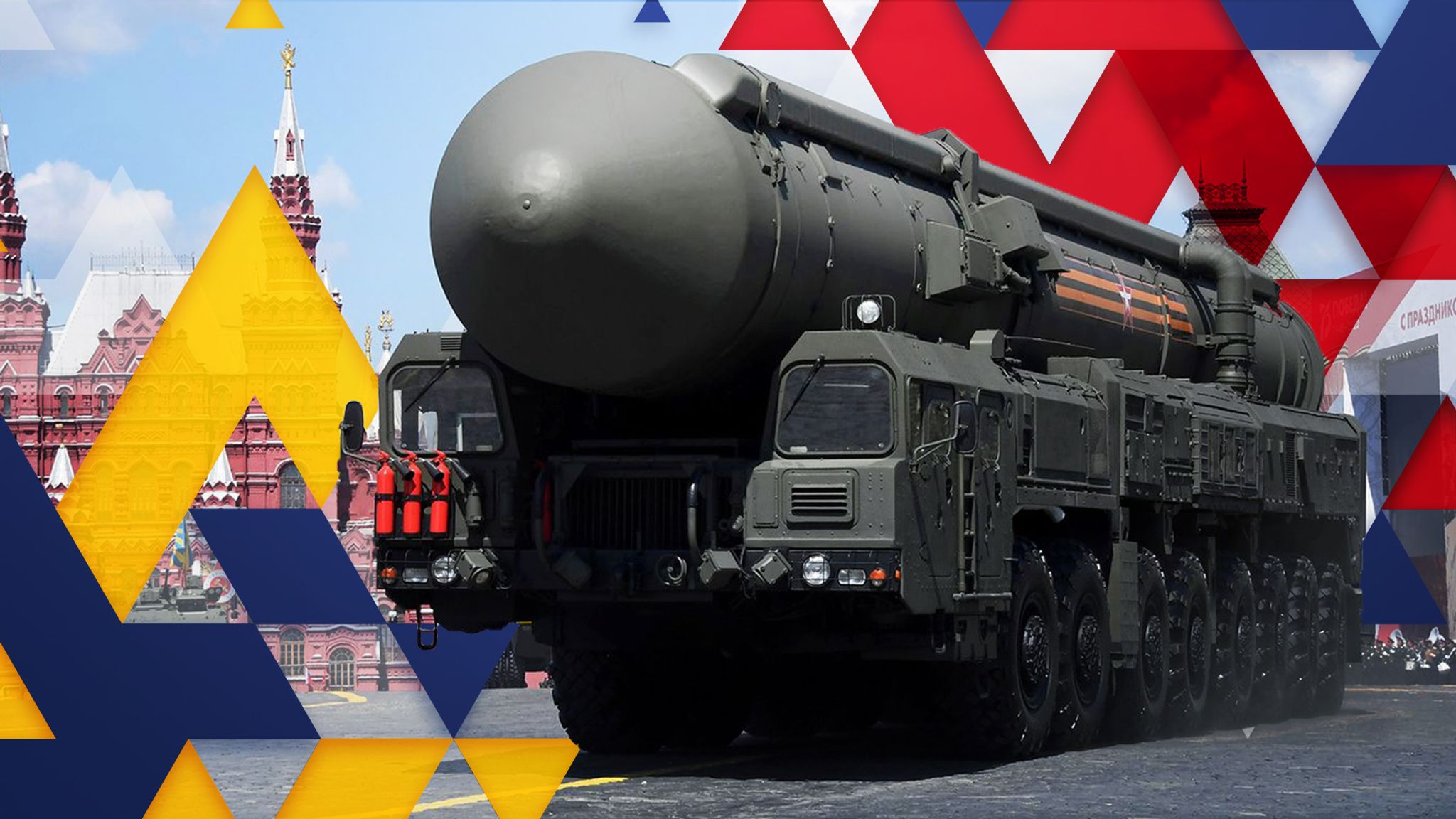 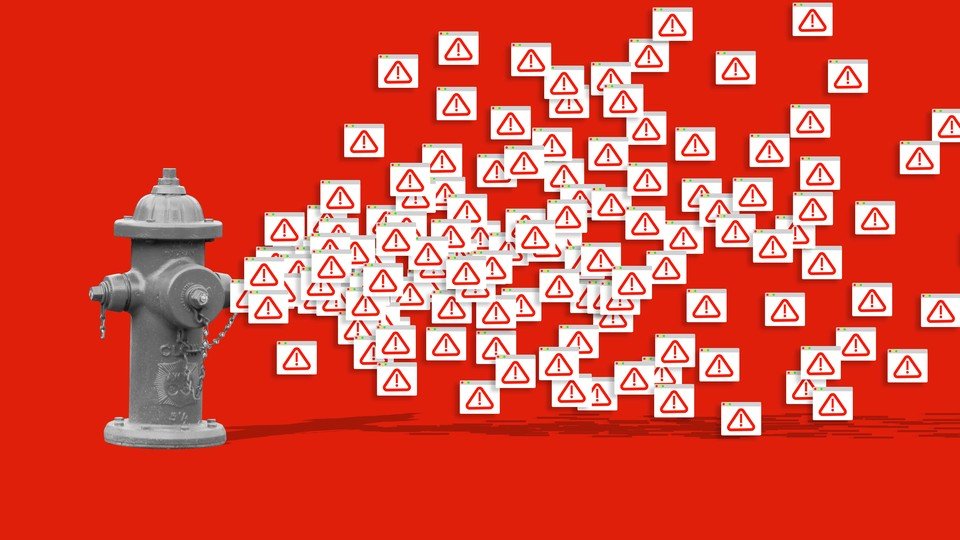 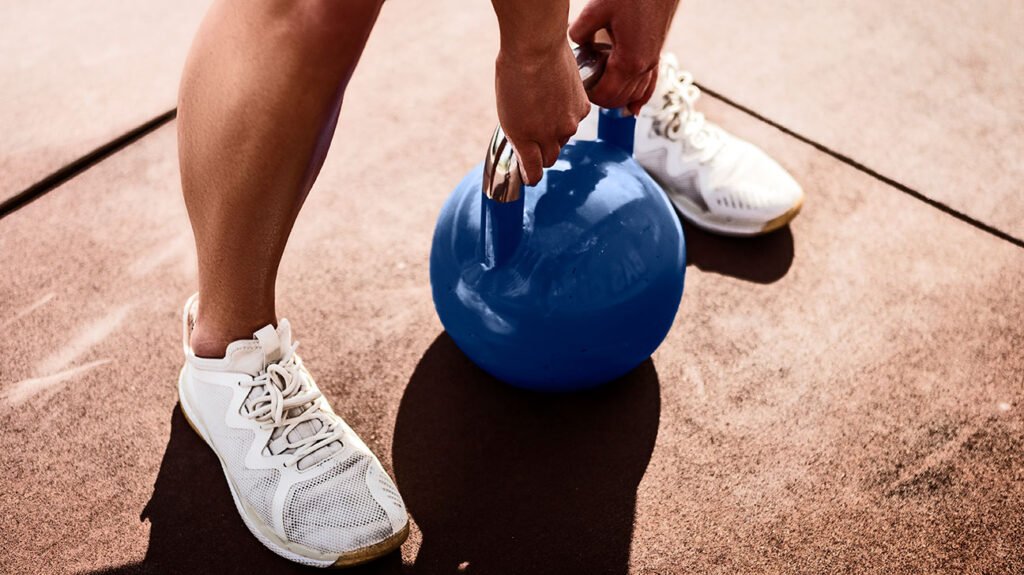 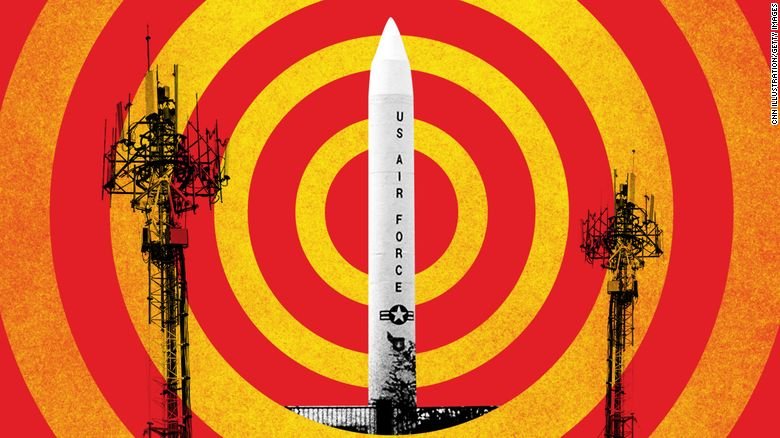 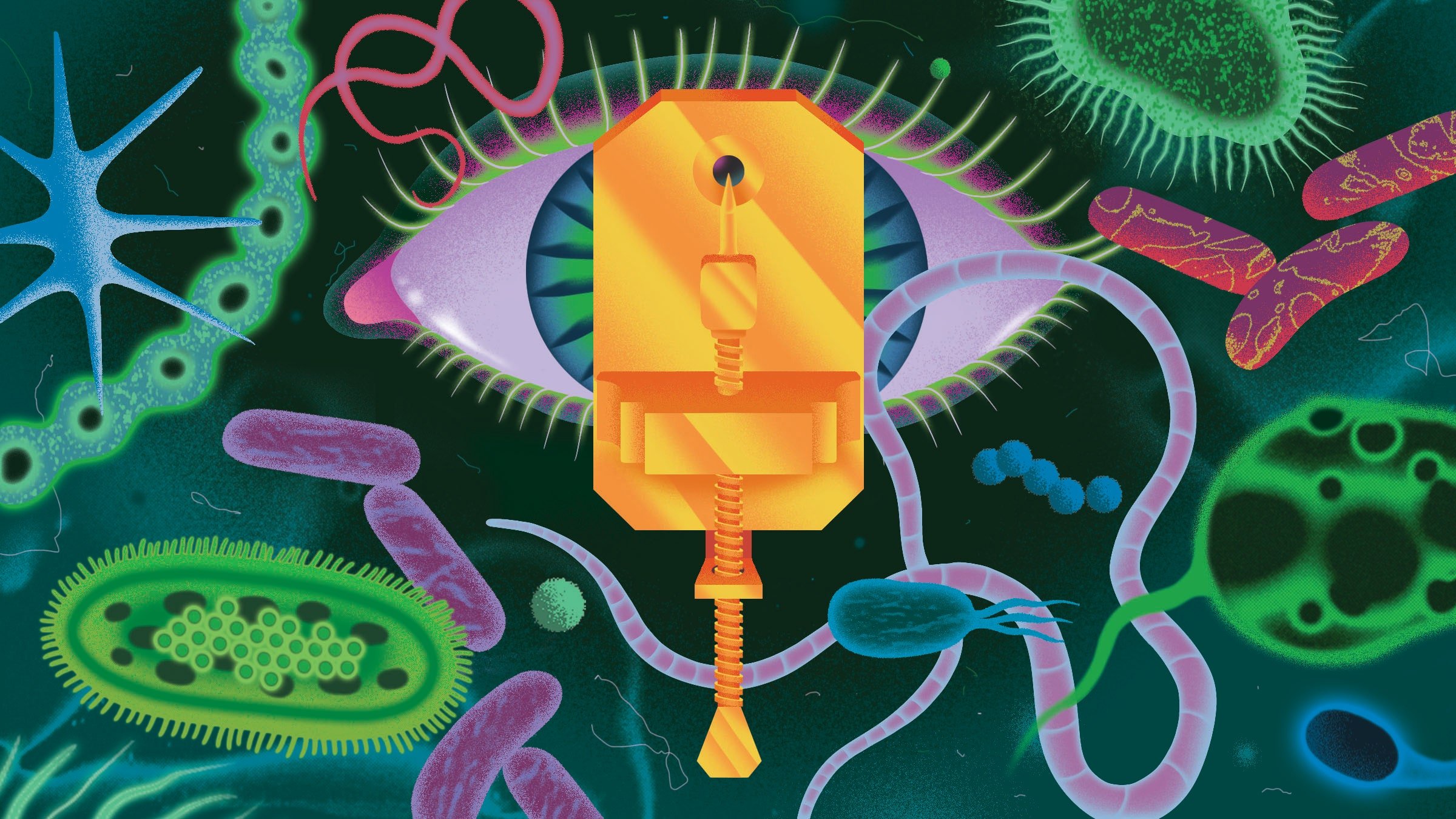 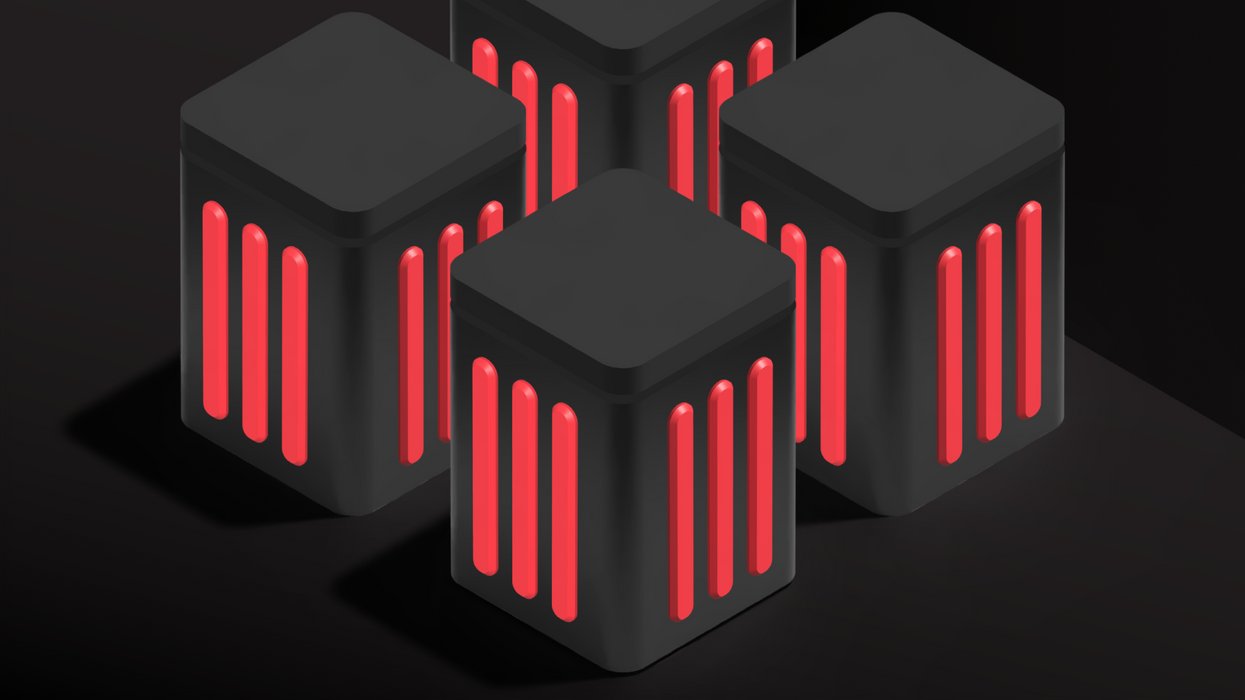 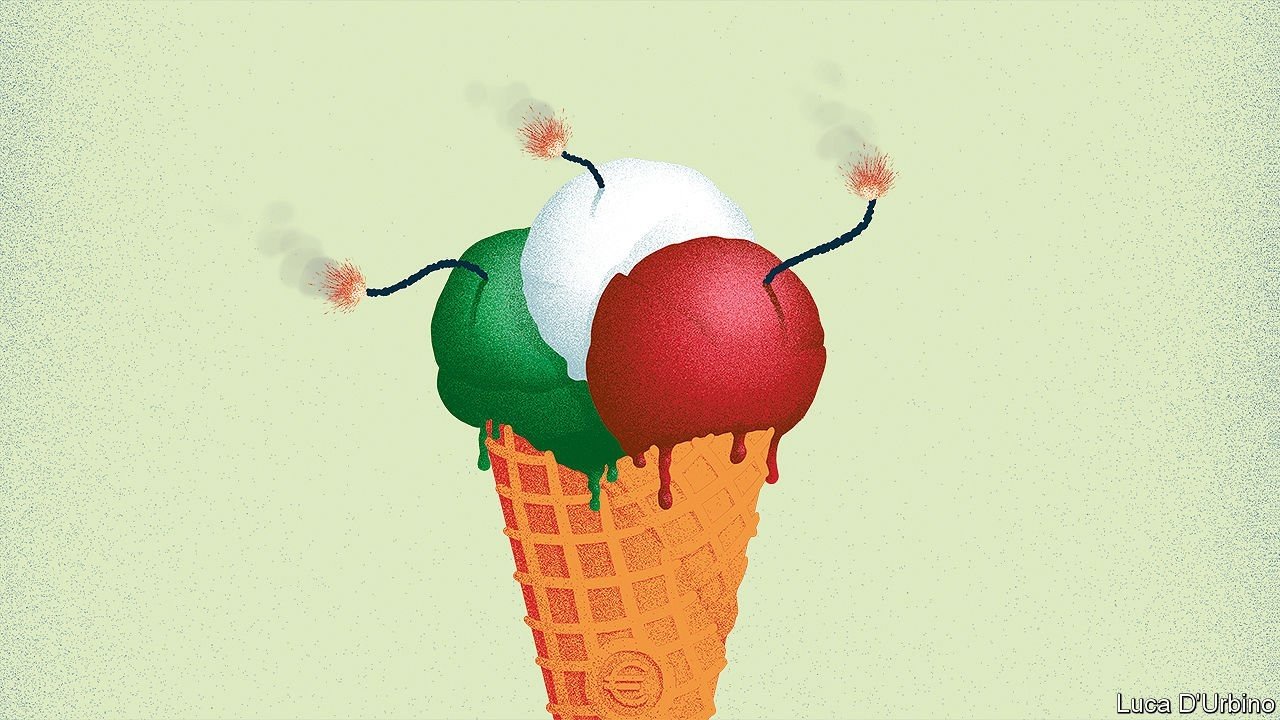