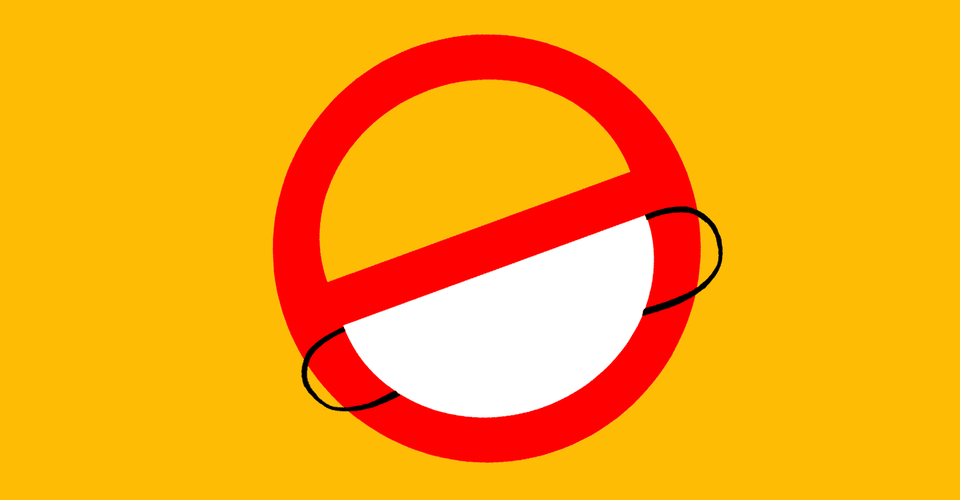 The Dudes Who Won’t Wear Masks

Face coverings are a powerful tool, but health authorities can’t simply ignore the reasons some people refuse to use them

Last week, the former Major League Baseball player Aubrey Huff announced on Twitter that he was no longer going to wear a mask inside any business. “It’s unconstitutional to enforce,” he wrote. “Let’s make this bullshit stop now! Who’s with me?” In a video that went viral the following day, he said his critics had tried to shame him for “threatening the lives of millions of innocent people” and insisted that he considered dying from the coronavirus preferable to “wearing a damn mask.”

Thousands of people responded to Huff. Many called him a social disgrace for disrespecting his community, abdicating his civic duty, and putting Grandma at risk. The anger toward mask naysayers is understandable, and shaming can feel relieving in the moment. Yet those responses did nothing to persuade Huff to wear a mask. Instead, they played right into his notions about the finger-wagging, “elitist” public-health experts who want to take away the freedoms of ordinary Americans.

During a health crisis, some people quickly accommodate a major shift in behavioral norms. But long-standing habits — such as not wearing a mask to the grocery store — are difficult to break, and until recently few American adults have been called upon to do so. Some have, though, and the parallels are instructive.

Americans are figuring out how to live with a deadly new virus now, just as gay men did in the early years of AIDS. Abstinence from sex wasn’t sustainable, and condoms became a ticket to greater sexual freedom. Likewise, Americans can’t abstain from human interaction forever, and widespread masking may be a ticket to more social and economic freedom. But trying to shame people into wearing condoms didn’t work — and it won’t work for masks either.

The public-health messaging around masks during the coronavirus pandemic has been muddled and confusing. The federal government recommended against face coverings for the public in March, with some public-health officials positing that they may even cause more harm than good. But a growing body of science, including evidence that people can transmit the virus when they don’t have symptoms, indicates that masks are an important tool for mitigating coronavirus transmission, especially in combination with physical distancing, hand hygiene, and other preventive strategies. Indeed, public-health concerns may justify mask mandates in some settings, including indoor spaces where many people gather for extended periods of time. But mandates have major downsides: Any enforcement is likely to disproportionately affect communities that are already marginalized, and some Americans — including some elected leaders in states facing serious coronavirus outbreaks — believe that requiring people to wear masks is an infringement on civil liberties. In practice, if Americans are going to mask up, public-health officials will have to cajole, not compel.

This will not be easy. When the president mocks mask wearers for appearing weak and sees face coverings as a political statement against him, it’s no surprise that some Americans are loudly declining to wear them. Mask refusers are more likely to be politically conservative, an ominous trend when new coronavirus cases and hospitalizations are increasing steeply in some red states — the very states where mask mandates are least likely to be adopted. As one research team noted, men are especially likely to opt out of wearing masks, believing them to be “shameful,” “a sign of weakness,” and “not cool” — even though men are at higher risk than women of dying from coronavirus infection. A similar pattern has emerged during prior pandemics and across other areas of health: Men — especially those who endorse traditional masculine gender norms — have been less likely than women to engage in protective health behaviors.

But even macho men like Huff, whose Twitter bio declares, “I support Toxic Masculinity,” aren’t immune to public-health advice: In his video, he appears to be wearing a seatbelt. Yet unlike a seatbelt, which directly benefits the user, masks primarily protect everyone else, particularly people who are older or have underlying health conditions that make them vulnerable to the coronavirus. Huff seems to understand this; he just thinks those people should “stay the fuck home.” As Representative Tom Rice, a South Carolina Republican, told The Wall Street Journal after refusing to wear a mask on the House floor and contracting the coronavirus, “A mask doesn’t really protect you as much as it protects other people. I don’t think it would have made much of a difference.” The message seems to have gotten across that masks are mainly about protecting others; these men are simply choosing not to do so.

Public-health professionals have learned this lesson before. In 1987, Congress banned the use of federal funds for HIV-prevention campaigns that might “promote or encourage, directly or indirectly, homosexual activities.” As a result, public-health campaigns avoided sex-positive imagery and messaging, and instead associated condom use with virtue and condomless sex with irresponsibility, disease, and death. According to one particularly foreboding poster, which featured an image of a gravestone: “A bad reputation isn’t all you can get from sleeping around.” But those moralistic, fear-mongering health messages often fell flat. Other HIV-prevention campaigns began to adopt a harm-reduction approach, which empathizes with people’s basic human needs and offers them strategies to limit potential dangers. For some men, condoms got in the way of what they valued most about sex: pleasure and intimacy. Not surprisingly, HIV-prevention campaigns that put pleasure and intimacy at the center of their safer-sex messaging tended to work.

Summoning compassion for people who have a hard time wearing masks, or even the people who flat-out object to them, isn’t such a tall order. Many Americans genuinely want to keep their community safe, and recognize that masks reduce the risk of coronavirus transmission. But just like the well-intended condom on the nightstand that never makes it out of its wrapper, some masks don’t make it onto someone’s face — often for relatable reasons. And while ideologues who entirely eschew masks will be less persuadable, people who support the use of masks may find shared ground with them. Lamenting the way that face coverings impede social interactions with the cashiers ringing up his groceries, Huff says, “The two ladies that were checking me out were wearing these masks. And I love to make people like that smile and laugh and have a great conversation. You couldn’t even see the wrinkles in their eyes with their smiles. They looked so beat-down and run-down.”

Let’s be real: Americans are beat-down and run-down after months of loss and social isolation. Masks do keep people from seeing facial expressions and hearing voices clearly, both vital elements of social connection. Masks don’t deprive people of oxygen, but they do make it harder to breathe freely. They fog up people’s glasses. They make noses itch and faces sweat. Many masks feel decidedly uncool. They are yet another thing to remember when walking out the front door. And, most of all, masks are a constant reminder of what Americans so desperately want to forget: that despite all of our sacrifices, the pandemic hasn’t gone anywhere.

Empathy has its own kind of power. Acknowledging what people dislike about a public-health strategy enables a connection with them rather than alienating them further. And when the barriers are understood, they become addressable. When it became clear that people needed better condoms, companies began making them in all different shapes, sizes, and styles — ribbed, studded, impossibly thin, even glow-in-the-dark — to improve comfort, sensation, and people’s sense of individuality. Likewise, the government needs to support businesses in developing masks that are not only effective, but also fit well and feel good. People need a range of options, including face shields, that can help meet their personal needs and preferences. And people need face coverings that make them feel stylish, cool, and — yes — even manly.

When the public-health community talks about harm reduction, we often talk of “meeting people where they are.” A fundamental part of that is, well, literally meeting people where they are. Just like the buckets of free condoms stationed in gay bars, masks need to be dispensed where they’re needed most: at the front of every bus and the entrance to every airport, grocery store, and workplace. Masks should become ubiquitous, but distribution should begin in areas where the coronavirus has hit hardest, including black and Latino neighborhoods. (That black men who wear masks may be at heightened risk of violence is one more grim illustration of why combatting racism is inextricable from public health.) What matters most is that people choose to wear a mask when they are indoors or in close proximity to others — and that choice needs to be rendered as effortless as possible.

The decision of whether to wear a mask is a far more visible one than the decision of whether to wear a condom, making an individual’s choice to go without an easy target for scorn. But trying to shame people into wearing masks will only cement their resistance — and perhaps even drive them to socialize behind closed doors, where being unmasked is higher risk. Public health works best when it recognizes and supports people’s needs and desires without judgment. If Americans do this right, Huff might even find that his wearing a mask is the very thing that makes those checkout ladies smile.

All Rights Reserved for Júlia Marcús

The Most Likely Way You’ll Get Infected With Covid-19

Silicon Valley loves nootropics. But the ‘brain boosters’ aren’t always what they claim.

Herd Immunity Is Not a Strategy 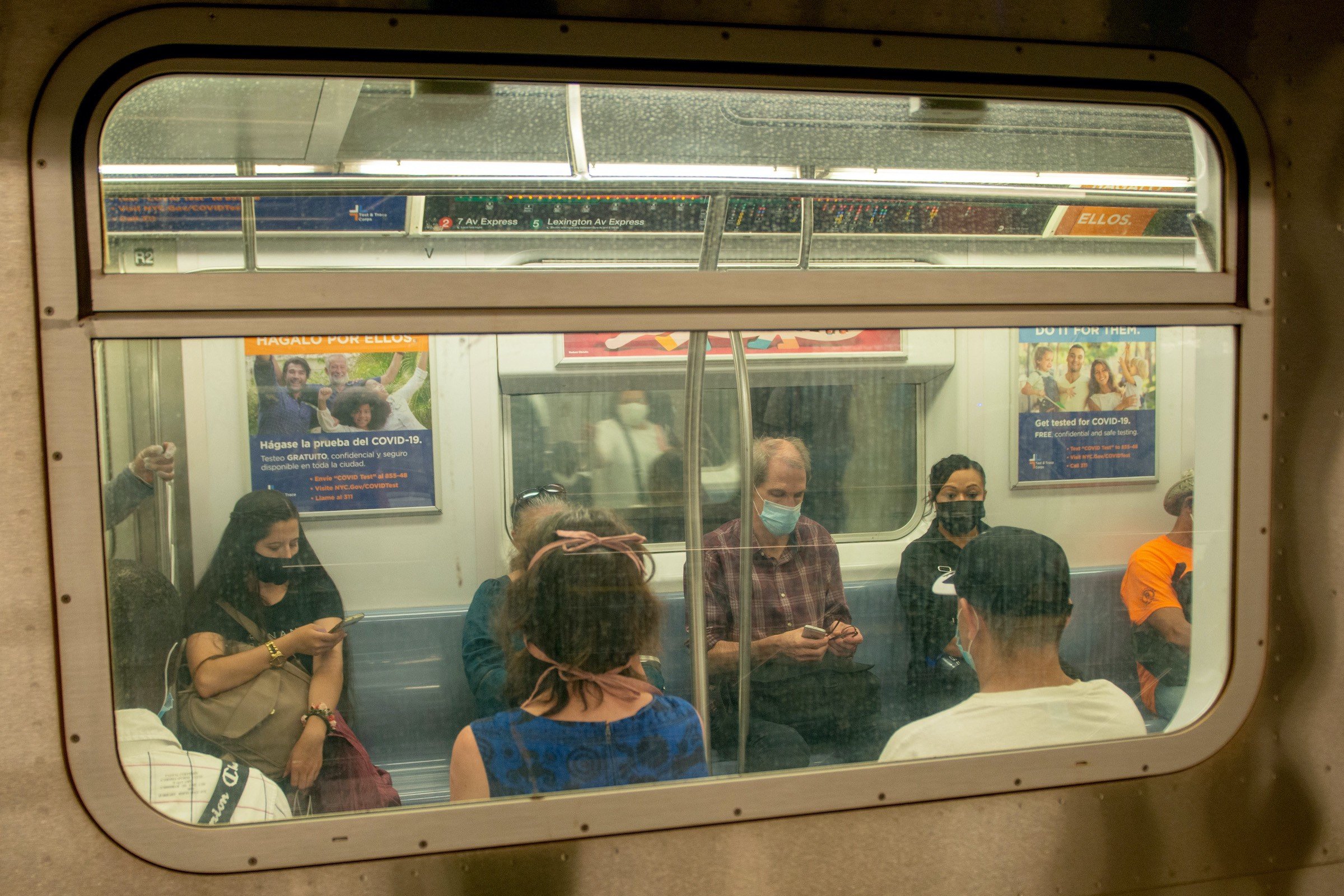 The next generation of wearables will be a privacy minefield 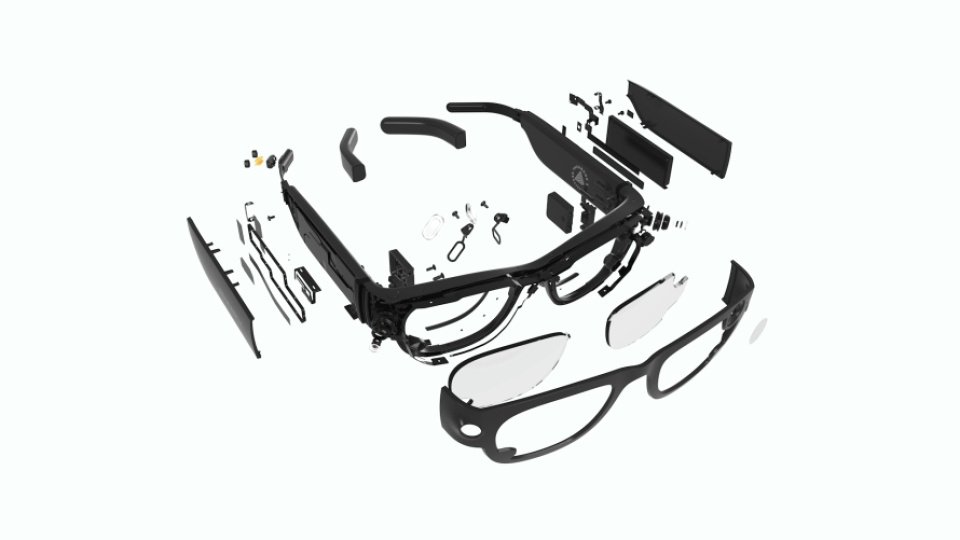 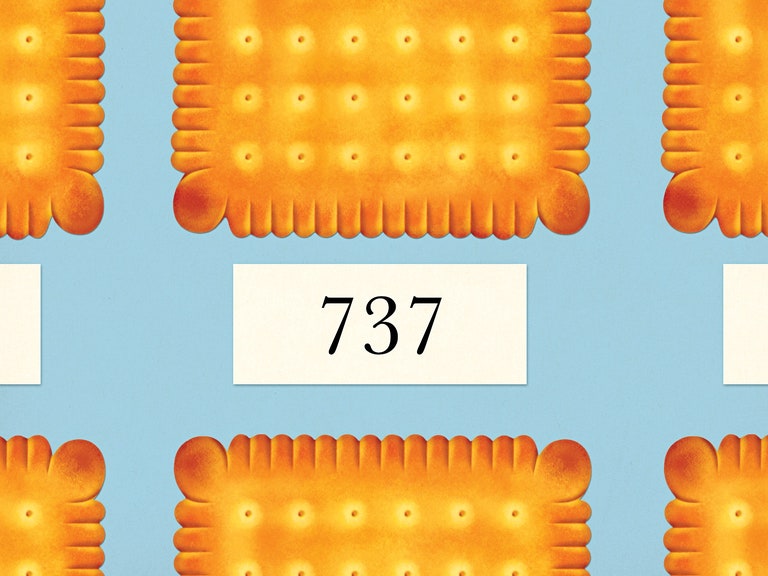