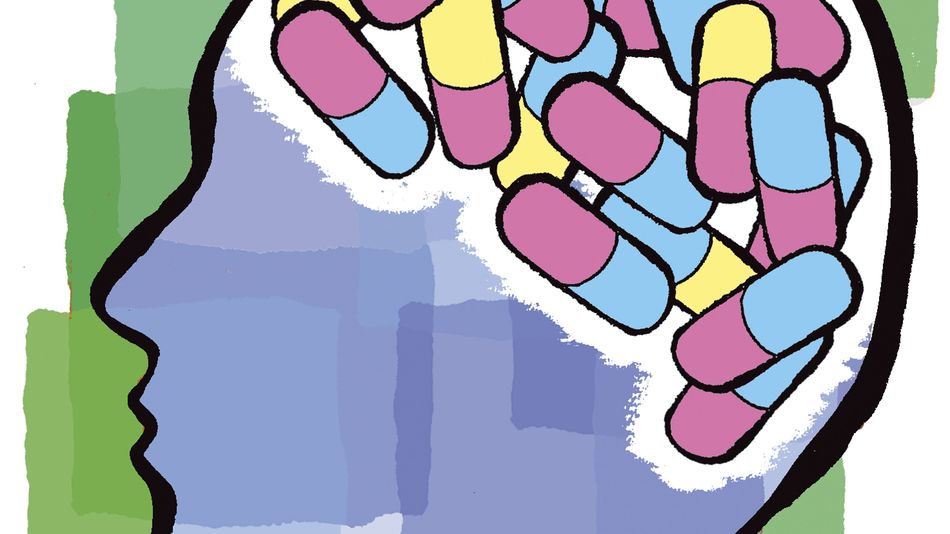 Silicon Valley loves nootropics. But the ‘brain boosters’ aren’t always what they claim.

It turns out that neurohacking your brain is not quite the same as hacking a machine.

Search for ways to improve focus or memory on Google, and you might run into powders and tablets with names like “Alpha Brain” or “Neuro Peak.” These products are known as nootropics, a broad class of supplements that claim to boost cognition. The substances have been popular in Silicon Valley for years among tech workers trying to “optimize” their performance as human beings, or simply get an edge in the grind of the coding world. Students burning the midnight oil, or elderly people looking to improve their memory, also use nootropics.

They all need to be careful.

A study published Wednesday in Neurology: Clinical Practice shows that twelve nootropic supplements listed on the National Institutes of Health and Natural Medicines’ supplements databases advertise that they contain a drug that’s not approved for use in the United States. Some even contained up to five, and didn’t always list the full ingredients on the label.

The drugs have various approvals and usages around the world (and side effects). Despite a lack of evidence, some claim they can help with memory and cognition. The drugs, as described by the study, are:

Some of the supplements outwardly list the drugs on the bottle, but the stated dosage doesn’t match the amount that is actually in the pills or powder, often far exceeding the recommended pharmaceutical doses in countries where they are prescribed. Other products list drug ingredients that aren’t present. Worse, others don’t list the true mix of synthetic drugs — some of which might come in higher-than-recommended doses, or in combinations that have never been proven as safe.

In other words, the efficacy (or lack thereof) of these products as brain boosters is the least worrisome thing about them. The many combinations make it impossible to know what the short-term or long-term side effects of these sometimes addictive and dangerous substances might be.

“All bets are off, really, in terms of what health effects that would have on the human body,” Dr. Pieter Cohen, a Cambridge Health Alliance physician, professor at Harvard Medical School, and the study’s lead author, said. “The market is so unpredictable… it’s just not safe to try to improve your cognitive function by using over-the-counter nootropics that are sold in the United States. That’s just the reality of our marketplace.”

A nootropic supplement can contain a variety of ingredients. There are herbs and botanicals like ginseng that deliver a caffeine boost, artificial caffeine in powder form, synthetic versions of amino acids that supposedly juice up the neurotransmitters in your brain (their ability to do so is unproven), and more.

They can also include synthetic pharmaceuticals that are developed and tested in other countries, but are not approved in the United States. That’s despite the fact that, in the country where use of the drug is actually permitted, users would need a prescription from a doctor for a specific dose.

In a 2019 study, Cohen found that five “cognition enhancing” supplements contained one such class of drug, piracetam — openly listing the unapproved ingredient on the label. With his most recent study, Cohen took the investigation one step further.

The National Institutes of Health, and a leading supplements information portal called Natural Medicines, both keep databases of substances available for purchase in the United States, along with their ingredient lists. Cohen searched the databases, and found 12 nootropics products with claims like “outlast, endure, overcome,” that advertised the presence of piracetam analogs.

Cohen decided to take a closer look. His team used an analysis method that enabled them to determine what substances were actually in the supplements, and in what quantities. The results weren’t pretty.

The most widespread problem was dosage. In 75 percent of the supplements, the dose of a piracetam analog was inaccurate, ranging from zero percent to 135 percent, which was up to four times the recommended daily intake.

Piracetam analogs have been studied and approved in countries including Russia, China, and others, used to treat a range of ailments from mood disorders to strokes. It can have side effects like variations in blood pressure, mood, and agitation. However, those are the known side effects at specific doses.

“What a drug does is so dependent on the amount of that drug and playing around with the quantity can lead to horrendous effects,” Leticia Shea, a professor of pharmacy practice at Regis University who studies the composition and safety of supplements, said of the study’s findings. (Shea was not involved in the study). “The underlying point is that, although it seems as if it might provide a solution short term, it’s really going to more likely cause more harm long term.”

Another head-scratching problem was that some supplements listed ingredients that simply weren’t present. Don’t rely on your sketchy supplement purchase to actually deliver that hit of Russian brain juice, although you’re probably better off without it.

Finally, the researchers found that two of the analyzed supplements contained a mix of synthetic foreign drugs. Some were declared, some were not. Either way, a combination of unapproved drugs at non-standard or unknown dosages is extremely dangerous; one of the substances was Phenibut, which is addictive, and can cause overdoses that have landed people in the hospital.

“Our study also shows how the main players here are not infrequently combining different unapproved drugs that together have never been tested in humans,” Cohen said. “No matter how fluent you are in Russian, there would be absolutely no way to know how dosages of Noopept plus Aniracetam, combined with Vinpocetine, are going to affect your body, much less your mind.”

How is this happening?

It seems like the sale of unapproved drugs would be something U.S. health authorities would care about, right? Technically, they do. The Food and Drug Administration (FDA) regulates supplements. But thanks to a 1994 law, it is all too easy and common for potentially dangerous products to make their way to market.

The Dietary Supplement Health and Education Act of 1994 (DSHEA) allows registered supplement makers to sell their products without getting approval from the FDA. As long as they steer clear of specific medical claims (e.g., “treats alzheimers”), they don’t have to back up the more general claims of their products with studies or evidence. And while they have to state what’s in a supplement, there’s no regulator confirming that information. DNA studies have shown that this problem is widespread in the supplements industry as a whole.

When the FDA gets wind that a company is selling a product that has the potential to cause harm, or has already had adverse effects, whether through unapproved ingredients or misleading labeling, it can issue warning letters to stop. However, this puts the FDA in a reactive position, finding bad actors only after they’ve sold their product.

In this environment, supplement companies flout the law, hoping that the FDA is too busy playing whack-a-mole to bring the mallet down on them.

“There’s no barriers to entry to introduce a supplement onto the U.S. market,” Cohen said, and “that permits easy access to the market for anyone that wants to sell just about anything.”

Meanwhile, the supplements industry has exploded. And in more recent years, so have nootropics. A 2019 study from Reports and Data valued the 2018 nootropics market at just under $2 billion; by 2026, it’s projected to reach $5.3 billion.

“In the United States, you can pretty much sell anything in these supplements and label it as if it will improve brain health,” Cohen said. “The law is incredibly flexible in permitting companies to promote their supplements as if it will improve brain health. You do not need a single study in humans to demonstrate that it does anything to the brain, and in fact, no one’s checking.”

Forums and social media posts also allow people looking for ways to improve memory and cognition to stumble into the world of nootropics and foreign drugs. Reddit’s 238,000-member strong r/Nootropics subreddit contains posts with first-person analyses and reviews of the drugs, citing foreign studies and anecdotes about the power of these substances.

“All of this creates a very dangerous marketplace for some young, healthy people who are doing their own research and want to stay on top of everything they can to be as sharp as possible and think this might be a good approach,” Cohen said. “I think our study really explains why that’s not wise.”

The posts showcase a group of people trying to perfect their personal brain-enhancing cocktails, as if through enough research and trial and error they can unlock the secret to their best brain. Some posts ask about known side effects. But few appear to consider that what nootropics users think they’re taking (and in what quantities) is actually inside the bottles. Thanks to a lack of safety and reliability in the supplement industry, Shea says that taking nootropics to improve cognition is like “playing Russian roulette.”

“Perhaps, you know, it’s exciting to think of one as a guinea pig, but it isn’t fun when the side effects and the adverse events happen,” Shea said. “A lot of times, some might think well if I feel anything weird, then I’ll stop it. But what if it’s something that takes time over years. At that point, it really just isn’t worth the risk.”

All Rights Reserved for Rachel Kraus