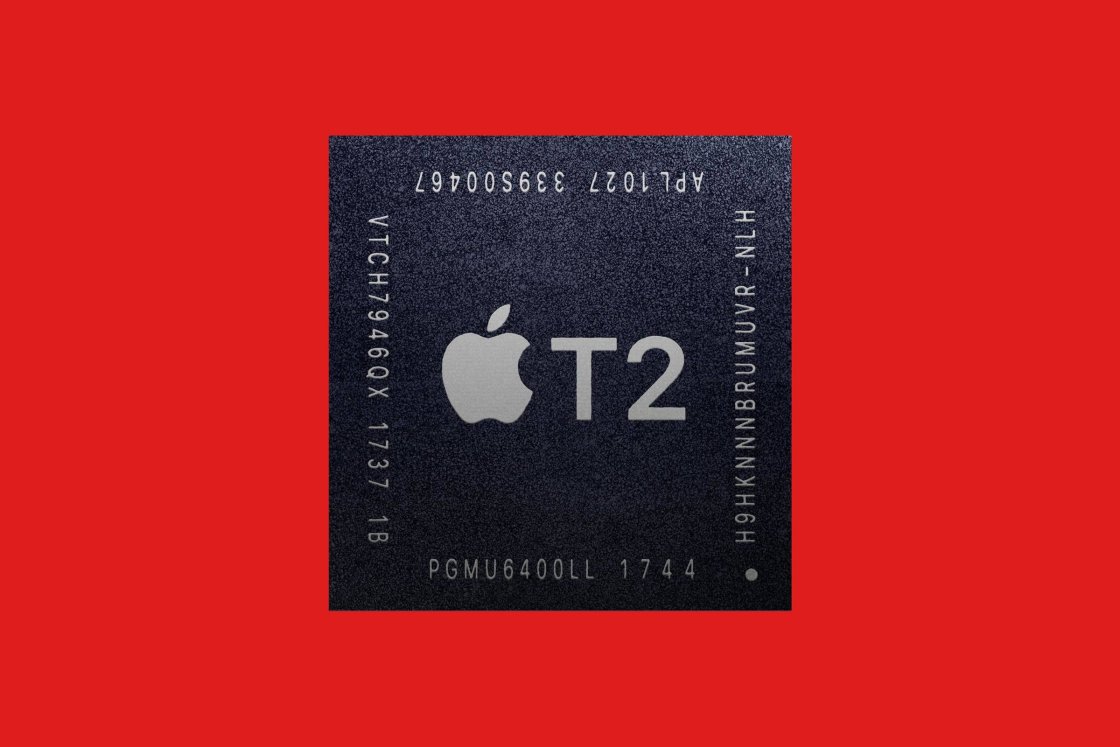 The Checkm8 vulnerability that exposed years of iPhones to jailbreaking has finally been exploited in Macs as well.

“This chip, which was supposed to provide all this extra security, is now pretty much moot.”

A recently released tool is letting anyone exploit an unusual Mac vulnerability to bypass Apple’s trusted T2 security chip and gain deep system access. The flaw is one researchers have also been using for  more than a year to jailbreak older models of iPhones. But the fact that the T2 chip is vulnerable in the same way creates a new host of potential threats. Worst of all, while Apple may be able to slow down potential hackers, the flaw is ultimately unfixable in every Mac that has a T2 inside.

In general, the jailbreak community haven’t paid as much attention to macOS and OS X as it has iOS, because they don’t have the same restrictions and walled gardens that are built into Apple’s mobile ecosystem. But the T2 chip, launched in 2017, created some limitations and mysteries. Apple added the chip as a trusted mechanism for securing high-value features like encrypted data storage, Touch ID, and Activation Lock, which works with Apple’s “Find My” services. But the T2 also contains a vulnerability, known as Checkm8, that jailbreakers have already been exploiting in Apple’s A5 through A11 (2011 to 2017) mobile chipsets. Now Checkra1n, the same group that developed the tool for iOS, has released support for T2 bypass.

On Macs, the jailbreak allows researchers to probe the T2 chip and explore its security features. It can even be used to run Linux on the T2 or play Doom on a MacBook Pro’s Touch Bar. The jailbreak could also be weaponized by malicious hackers, though, to disable macOS security features like System Integrity Protection and Secure Boot and install malware. Combined with another T2 vulnerability that was publicly disclosed in July by the Chinese security research and jailbreaking group Pangu Team, the jailbreak could also potentially be used to obtain FileVault encryption keys and to decrypt user data. The vulnerability is unpatchable, because the flaw is in low-level, unchangeable code for hardware.

“The T2 is meant to be this little secure black box in Macs—a computer inside your computer, handling things like Lost Mode enforcement, integrity checking, and other privileged duties,” says Will Strafach, a longtime iOS researcher and creator of the Guardian Firewall app for iOS. “So the significance is that this chip was supposed to be harder to compromise—but now it’s been done.”

Apple did not respond to WIRED’s requests for comment.

There are a few important limitations of the jailbreak, though, that keep this from being a full-blown security crisis. The first is that an attacker would need physical access to target devices in order to exploit them. The tool can only run off of another device over USB. This means hackers can’t remotely mass-infect every Mac that has a T2 chip. An attacker could jailbreak a target device and then disappear, but the compromise isn’t “persistent”; it ends when the T2 chip is rebooted. The Checkra1n researchers do caution, though, that the T2 chip itself doesn’t reboot every time the device does. To be certain that a Mac hasn’t been compromised by the jailbreak, the T2 chip must be fully restored to Apple’s defaults. Finally, the jailbreak doesn’t give an attacker instant access to a target’s encrypted data. It could allow hackers to install keyloggers or other malware that could later grab the decryption keys, or it could make it easier to brute-force them, but Checkra1n isn’t a silver bullet.

“There are plenty of other vulnerabilities, including remote ones that undoubtedly have more impact on security,” a Checkra1n team member tweeted on Tuesday.

In a discussion with WIRED, the Checkra1n researchers added that they see the jailbreak as a necessary tool for transparency about T2. “It’s a unique chip, and it has differences from iPhones, so having open access is useful to understand it at a deeper level,” a group member said. “It was a complete black box before, and we are now able to look into it and figure out how it works for security research.”

The exploit also comes as little surprise; it’s been apparent since the original Checkm8 discovery last year that the T2 chip was also vulnerable in the same way. And researchers point out that while the T2 chip debuted in 2017 in top-tier iMacs, it only recently rolled out across the entire Mac line. Older Macs with a T1 chip are unaffected. Still, the finding is significant because it undermines a crucial security feature of newer Macs.

Jailbreaking has long been a gray area because of this tension. It gives users freedom to install and modify whatever they want on their devices, but it is achieved by exploiting vulnerabilities in Apple’s code. Hobbyists and researchers use jailbreaks in constructive ways, including to conduct more security testing and potentially help Apple fix more bugs, but there’s always the chance that attackers could weaponize jailbreaks for harm.

“I had already assumed that since T2 was vulnerable to Checkm8, it was toast,” says Patrick Wardle, an Apple security researcher at the enterprise management firm Jamf and a former NSA researcher. “There really isn’t much that Apple can do to fix it. It’s not the end of the world, but this chip, which was supposed to provide all this extra security, is now pretty much moot.”

Wardle points out that for companies that manage their devices using Apple’s Activation Lock and Find My features, the jailbreak could be particularly problematic both in terms of possible device theft and other insider threats. And he notes that the jailbreak tool could be a valuable jumping off point for attackers looking to take a shortcut to developing potentially powerful attacks. “You likely could weaponize this and create a lovely in-memory implant that, by design, disappears on reboot,” he says. This means that the malware would run without leaving a trace on the hard drive and would be difficult for victims to track down.

The situation raises much deeper issues, though, with the basic approach of using a special, trusted chip to secure other processes. Beyond Apple’s T2, numerous other tech vendors have tried this approach and had their secure enclaves defeated, including Intel, Cisco, and Samsung.

“Building in hardware ‘security’ mechanisms is just always a double-edged sword,” says Ang Cui, founder of the embedded device security firm Red Balloon. “If an attacker is able to own the secure hardware mechanism, the defender usually loses more than they would have if they had built no hardware. It’s a smart design in theory, but in the real world it usually backfires.”

In this case, you’d likely have to be a very high-value target to register any real alarm. But hardware-based security measures do create a single point of failure that the most important data and systems rely on. Even if the Checkra1n jailbreak doesn’t provide unlimited access for attackers, it gives them more than anyone would want.

Parler’s Rise Was Also Its Downfall

A Troubling New Pattern Among the Coronavirus Variants

Conte, Leonardo SpA and the U.S. Embassy behind the Election Data Switch fraud to take out Trump

6 Apps to Help You Trim Down Subscriptions—and Save Money 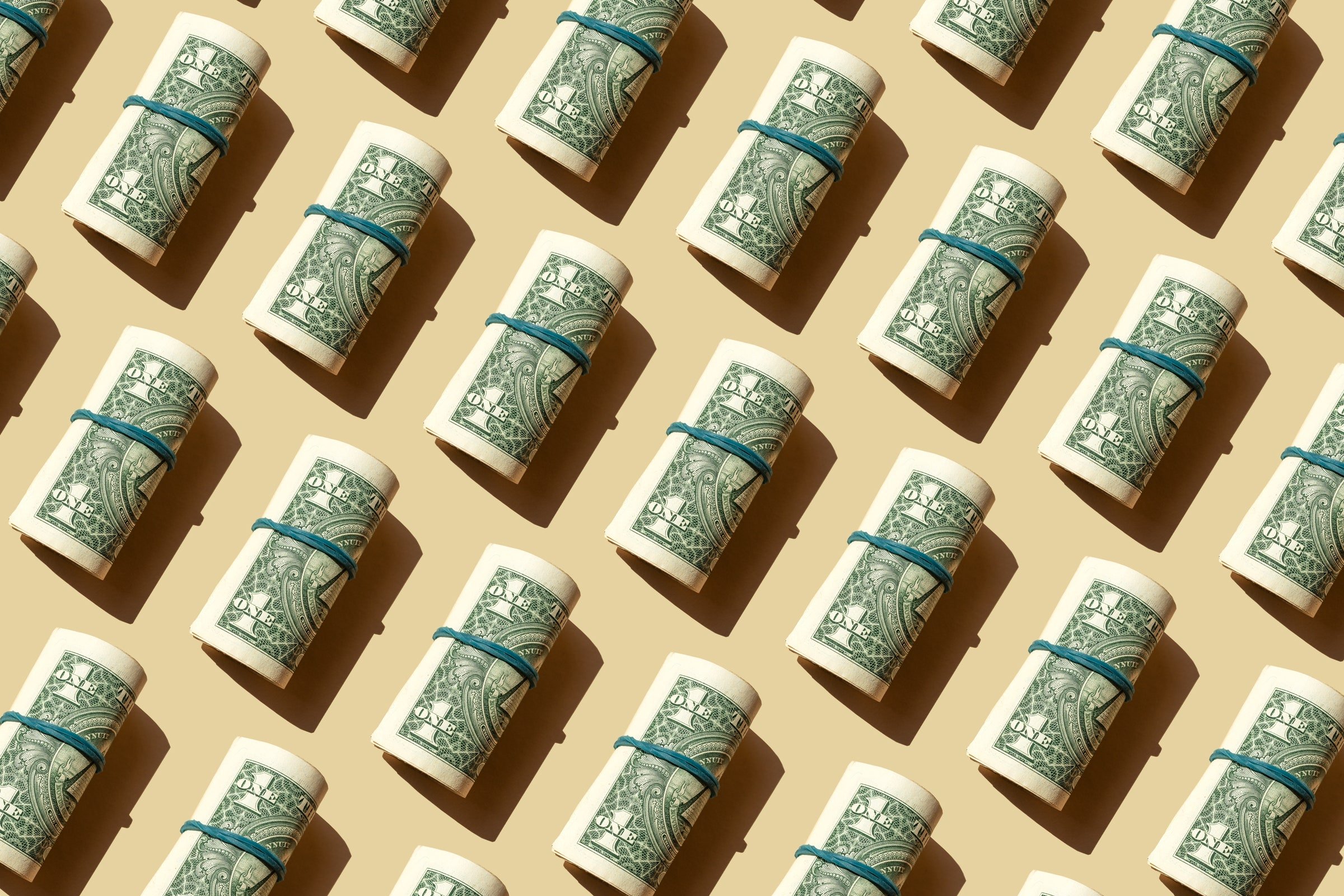 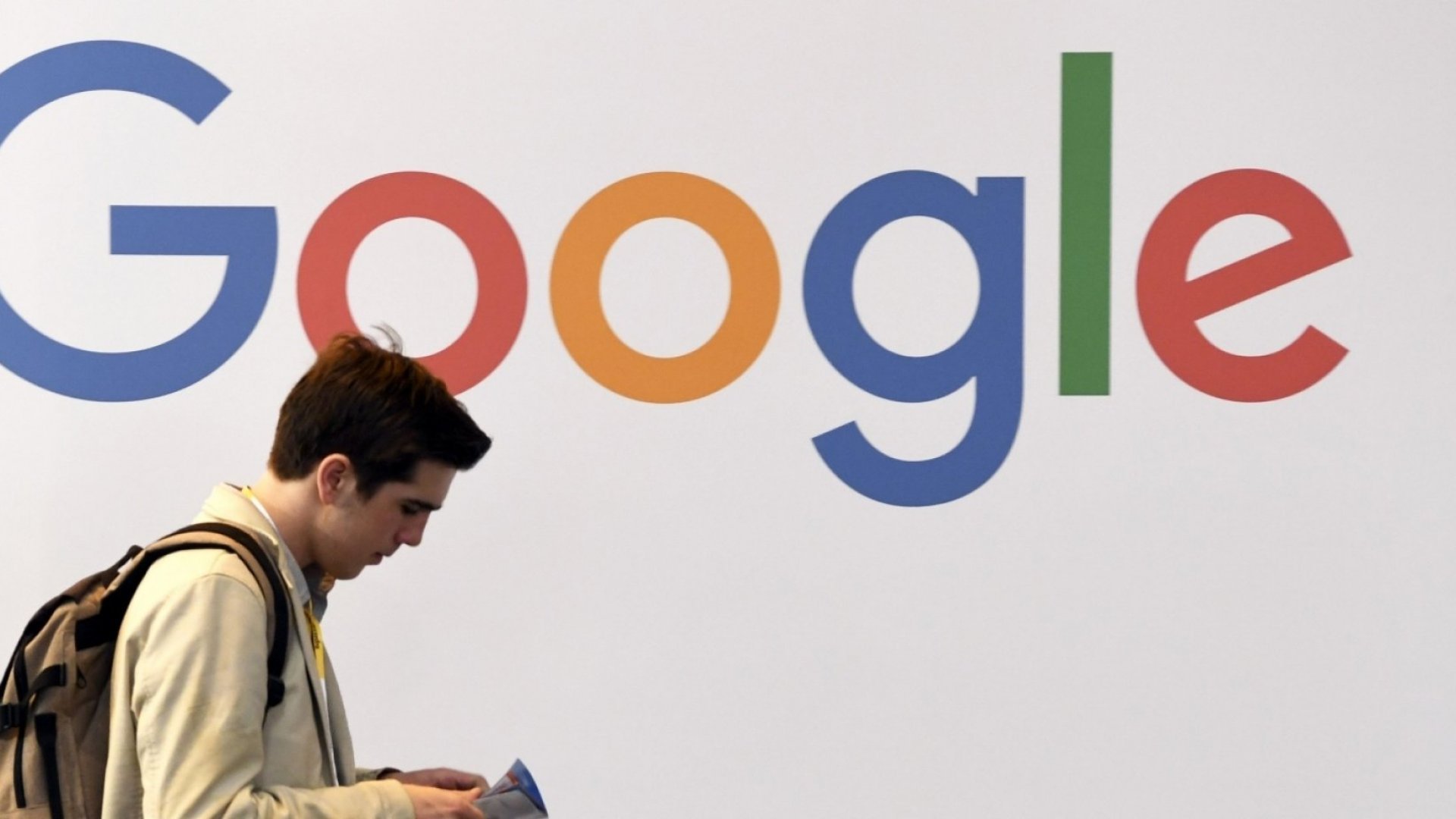 SARS Cov-2 Is (Probably) Becoming Endemic. What Does That Mean? 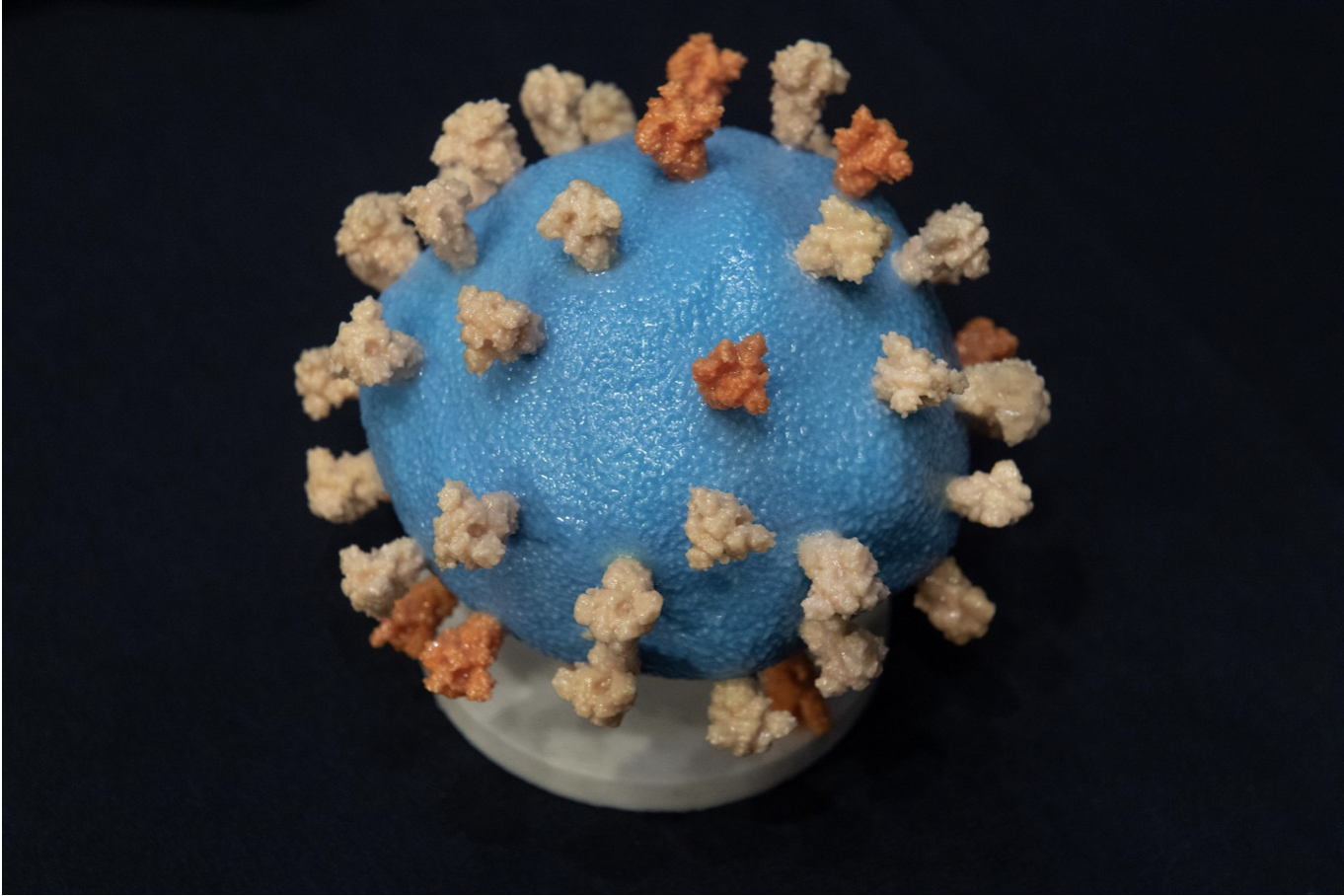