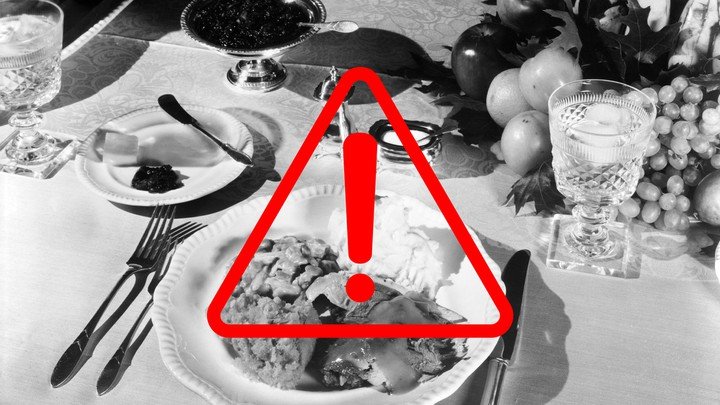 This is a moment for creativity.

The United States is now in what disaster-preparedness experts once modeled as a worst-case scenario. We are flooded with a highly transmissible virus that causes unpredictable symptoms: sometimes mild, sometimes fatal. The curve is not flat, or even a curve. It’s almost a line that points straight upward. More than 1,000 Americans are dying every day, on average. Soon that number will likely hit 2,000.

In this precarious moment, many Americans are planning to celebrate the Thanksgiving holiday by traveling and having dinner with 10 or more people. Pandemic models generally account for such behavior in the early stages of an outbreak, before people understand the nature of a virus, but not during the heart of the crisis. If this were an outbreak movie, and the characters were congregating in multigenerational units indoors to have boisterous conversations over lengthy meals, you’d probably be yelling at your screen.

Few things sound nicer than sitting around eating with friends and family, after so much isolation and worry over this decades-long year. But from an infectious-disease standpoint, the guidelines in this moment are unfortunately straightforward: Limit activities to those essential to life. Don’t gather socially. Don’t travel. Many doctors and public-health experts have spoken out to this effect in recent weeks. Don’t celebrate Thanksgiving in anything resembling the modern American way—with multigenerational gatherings that involve travel and prolonged conversations over an indoor meal. In short, do not do anything resembling a Norman Rockwell painting.

If you or your loved ones haven’t heard this directive, there’s a reason. In another administration, the Centers for Disease Control and Prevention would issue guidelines to Americans, in a coordinated effort with the president and coronavirus task force to be concrete in advising and coordinating with governors, mayors, and citizens. Instead, there is a messaging void. The president has abdicated his duties since the lead-up to the election. He has broken with his task force and refused to concede or allow transfer of power to incoming experts, leaving them without vital information. The CDC has a middling page of new “considerations” for holiday celebrations that the agency’s officials have neither publicly announced nor explained in news conferences.

Many local health departments, mayors, and governors have stepped up. In Baltimore and Chicago public-health directives have clearly advised people not to gather for the holiday. But our landscape is also dotted with local leaders who are unable or afraid to go nearly so far. Telling people not to gather for a holiday is, of course, an unpopular message.

The truth is that we’ll likely need to be more careful with each passing day this winter, not less. The virus knows no difference between holidays and workdays. Our default should be to treat Thanksgiving as a day when the health guidelines are no different from any other day.

As the prevalence of the virus increases, things that were previously low risk become more dangerous. Hence the return of directives: Don’t gather indoors. Don’t travel. It’s never been advisable during the pandemic to socialize with people outside your bubble who can’t manage to wear masks and keep their distance, but it’s especially injudicious now. No family member should put pressure on others to gather. It’s likely that many people will join reluctantly because they don’t want to be the ones who are no fun, or to keep others in the family from acting indignant or insulted. Let those people be indignant. That’s on them.

Remember that this isn’t a personal or even a family-wide calculation. The risk of such gatherings is not limited to those who gather. Each transmission of the virus is like lighting a tree on fire in a forest. A small wedding in Maine in August, for example, is known to have led to the deaths of seven people who were not in attendance. We are all in this together.

That means everyone has to do their part. Just because a local official has not banned or warned against gathering with elders indoors does not make it safe. Some states, counties, and cities will warrant stricter restrictions than others. In disaster zones, like El Paso, Texas, where hospital ICUs are full and inmates are being drafted to staff makeshift morgues, it may be necessary to advise people not to leave home at all. (Officials in El Paso restricted business activity in late October, but a Texas court of appeals overturned the city’s stay-at-home order on Friday.) Hopefully few places get to that point. In warm areas with less spread, people could have outdoor gatherings of small groups, if everyone is vigilant about not getting too close. But that should be the extent of what celebrations happen anywhere.

Ideally by now many people have social bubbles so they’re not entirely alone. Expanding this bubble for a single day is logistically difficult. Theoretically everyone in a family could isolate for two weeks prior and get tested multiple times over that period, and the risk of a gathering would be low. There may be certain circumstances where families try this, for example because a loved one is terminally ill, and this occasion carries particular significance. But the gathering can never be zero risk. Quarantining for two weeks after would be key, as well. In all, this would mean a month of meticulous isolation in order to have a probably-safe indoor meal.

That’s a lot to ask. Many people are unlikely to be willing and able to go to those lengths. This doesn’t mean the day needs to be joyless. It’s just that we need to be creative this year about how to find that joy. Celebrating Thanksgiving by entering someone’s home and spreading a lethal infectious disease is a little too darkly ironic anyway.

Take the opportunity to think about what you love most about the day. Focus on how to re-create that, and even build on it. Maybe learn to cook one of the dishes that someone else usually brings to dinner. Think of the people you actually look forward to seeing, and call them. Think of the people you don’t look forward to seeing, and don’t call them. Appreciate that you can’t get cornered by some annoying second cousin; you save money on travel; you don’t have to pretend to care about football.

Maybe most important, this year is an opportunity to bond over the moral certainty of the moment. At its core, Thanksgiving is a nebulous day of atoning for the sins of colonialism by eating food and saying thank you. Now families and friends and communities can work together to achieve something meaningful and good: ending the pandemic. All you’re asked to do is eat food at home.

Whatever you do, take heart that this radically different pandemic lifestyle doesn’t have to last too much longer. By next Thanksgiving, if the news of an effective vaccine proves as fortuitous as it sounds, we can go back to whatever traditions draw people to this day. This is a onetime deal. Next year will be an opportunity to be thankful for the elements of the holiday that we tend to take for granted. It will be like a Super Thanksgiving. Or maybe this new way of doing it will work so well, you’ll never want to go back.

All Rights Reserved for James Hamblin