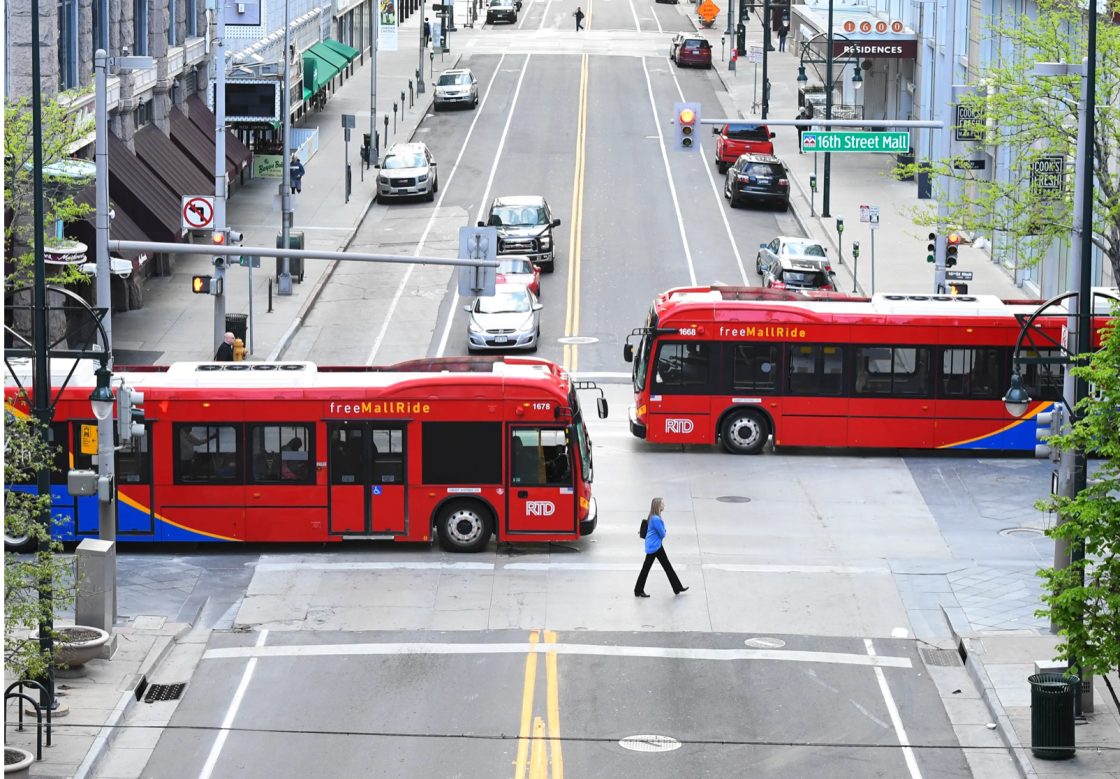 Biden Wants You Out of Your Car and on the Train

The president’s $2 trillion infrastructure proposal boosts funding for buses and rail. It even envisions actually tearing down some freeways.

The US is a car country. Its 4.1-million-mile road network is the world’s most expansive. It has more motor vehicles per person than any other major nation. Eighty-six percent of Americans drive to work (or did during the Normal Times), compared with 63 percent of English workers and 71 percent of Australian commuters. A pop song called “Driver’s License,” about the freedom and heartbreak that comes with a rite of young adulthood, has spent 11 weeks on the Billboard Hot 100. Only in America.

So President Biden’s proposed $2 trillion infrastructure program is most notable for one fact: It allocates more money to transit and rail than to highways. Budgets may make for boring reading, but they’re also signaling documents, telling the public about their leaders’ priorities. The infrastructure proposal seems to say: Consider getting your butt out of your car.

“The plan seems to take seriously the idea that we need to be investing more in our transit and intercity rail system than we do in our highway system,” says Yonah Freemark, a senior research associate at the economic policy think tank the Urban Institute who studies land use and transportation. He says the proposal would double typical federal spending on transit and quadruple the government’s investment in rail.

The justification is climate change. Biden said on Wednesday that the plan would “lead to a transformational progress in our effort to tackle climate change with American jobs and American ingenuity.” If the plan makes it into law—which won’t be easy; more on that later—it would count among the federal government’s largest pushes ever to combat greenhouse gas emissions. The president has promised to put the country on a path to net-zero carbon emissions by 2050.

Achieving that goal would mean lots of changes, starting with revamping the country’s transportation system. Researchers at Carnegie Mellon University have concluded that, sure, shifting to electric vehicles from ones powered by internal combustion engines would help a lot. So would convincing people to share electric robotaxis. But that will take decades. In the meantime, they say, Americans will need to reduce the number of miles they drive, too. That means, in part, finding alternatives to the car: walking, biking, and public transit. The US Department of Transportation estimates that the typical city bus emits one-third fewer greenhouse gas emissions per passenger mile than the average single-occupancy vehicle, even though buses are usually only a quarter full.

“The plan seems to take seriously the idea that we need to be investing more in our transit and intercity rail system than we do in our highway system.”

Biden’s proposal would direct $85 billion over eight years to public transit for expansions and repairs. It would move $80 billion to intercity rail, both to fix today’s Amtrak and to connect new cities. It would direct $174 billion to electric-vehicle-related investments, including funding to replace 50,000 diesel transit buses with electric ones. Those would probably cost about $38 billion, says Jeff Davis, a senior fellow at the Eno Center for Transportation, a think tank.

By contrast, the proposal directs $115 billion to the “modernization” of bridges, highways, and roads. That would still raise the federal investment compared with previous plans, but only by 46 percent, according to Davis.

For transit agencies, the additional money would be significant. The US spends about $60 billion a year on public transit, with the feds covering 20 percent, states 20 percent, and local government about a third. (The other quarter comes from fares.) Doubling the federal contribution will allow many agencies to do things that make transit a more viable option, like fixing shoddy and outdated technology and equipment and running more frequent buses and trains. But even the billions promised would not be enough to fundamentally shift the country’s transportation system. New York’s four-year capital plan, for example, pledges $51.5 billion for maintenance, repair, and new projects—and that’s just one system.

Intercity rail, meanwhile, stands to get a serious shot in the arm, an appropriate proposal from Amtrak Joe. Amtrak responded to the proposal Wednesday by releasing a map of more than 30 potential new routes, including connections cities such as Phoenix, Las Vegas, and Cheyenne, Wyoming.

The proposal may also signal a shift in funding highways. Historically, federal highway funding has gone to building new highways or expanding extant ones. But the White House says it wants to focus on “not only ‘fixing [highways] first’ but ‘fixing them right.’” That could mean that the administration isn’t willing to help build new roads. It might also be a hard sell, especially for places (and lawmakers) accustomed to building new stuff. “The number one thing I’m looking out for is, how do they ensure that the highway dollars go to repair and safety?” says Beth Osborne, a former US DOT official who now directs Transportation for America, a Washington-based advocacy group.

The plan motions in another way toward a novel federal approach to highways, one that builds on work started during the Obama administration. The plan pledges $20 billion to reconnecting neighborhoods—and particularly historically Black neighborhoods—that were divided by highways during the postwar road-building boom. That could mean tearing down highways, like the I-81 viaduct in Syracuse, New York, or the Claiborne Expressway in New Orleans.

There are plenty of good reasons to expand transit access, not least because it helps those without the money to buy a car or the ability to drive one. And the possible infusion of cash comes at a fortuitous time for public transit systems. Ridership has been decimated by the pandemic, and the tax bases that many systems rely on for funding have suffered during the attendant recession. That means less money coming in. Meanwhile, systems have shelled out funds for new cleaning procedures. In December, the country’s largest transit systems said it would need serious funding to stave off mass layoffs and service cuts. Last month’s stimulus package sent $30.5 billion to US transit agencies. But government officials have warned that the funding will keep systems afloat for only so long.

The money promised by the infrastructure plan would certainly help. “This forward-thinking investment in public transportation and passenger rail will help our communities meet growing mobility demands, create family-wage jobs, expand US manufacturing and supply chains, and grow the economy,” Paul Skoutelas, the president and CEO of the American Public Transportation Association, said in a statement.

Of course, Congress will have to have its say. Many Republican politicians already say they oppose the $2 trillion plan and the proposed corporate tax hikes to fund it. A White House official said Thursday that the administration hopes to push the plan through the legislature by the summer. In the meantime, expect changes as the nuances are hammered out.

Kicking the car-focused habit is clearly difficult for policymakers. For proof, look no further than the Biden administration’s fact sheet on its infrastructure plan. Its transit section concludes with the promise that expanding bus and rail service “will ultimately reduce traffic congestion for everyone.” It’s a pledge pitched not at public transit enthusiasts, but drivers. It’s a start.

All Rights Reserved for Aarian Marshall