19 Amazing Facts About the Canadian Provinces 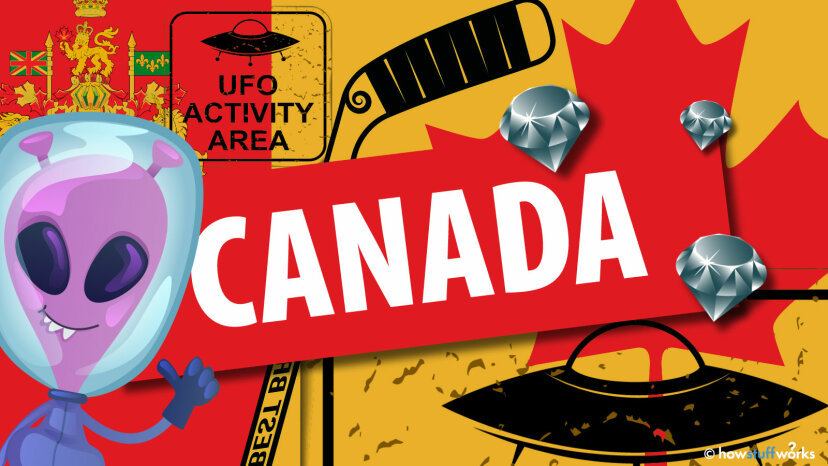 Canada is the second-largest country in the world, so it should come as no surprise that there’s a lot of diversity in a place that big. With 10 provinces (Alberta, British Columbia, Manitoba, New Brunswick, Newfoundland and Labrador, Nova Scotia, Ontario, Prince Edward Island, Quebec and Saskatchewan) and three territories (Northwest Territories, Nunavut and Yukon), Canada encompasses a wide range of cultures, geographies and heritage. The difference between a province and a territory relates to government. The territories are directly ruled by the federal government while the provinces have their own constitutional powers. 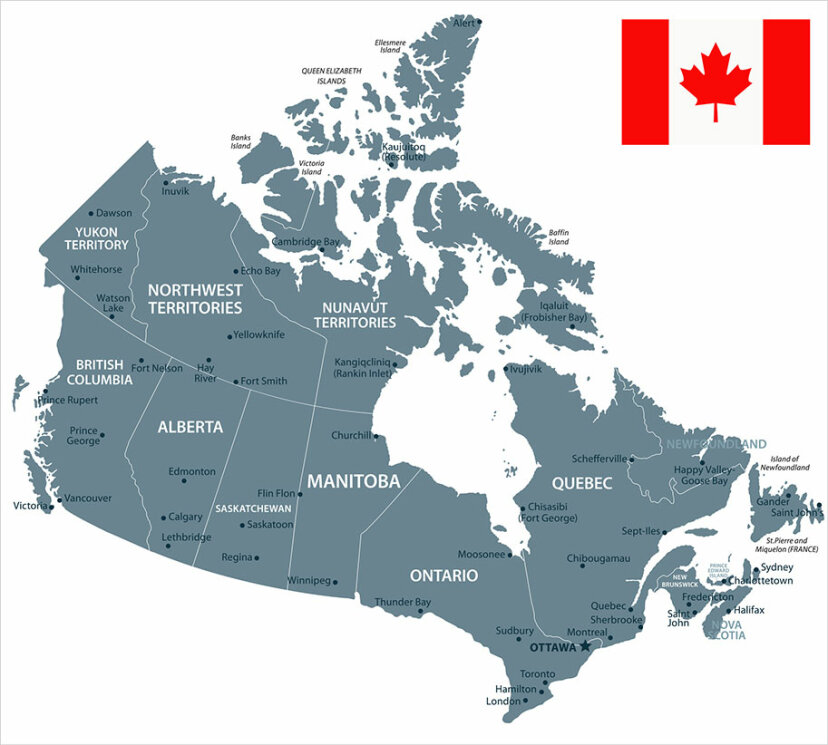 Canada has 10 provinces and three territories.

Each territory and province has its own history and modern experiences to draw travelers, but most people have a stereotype in their head of what Canada and Canadians are really like. It’s time to show that there’s much more to Canada than poutine and mounties — though they’re fascinating too. Here are fun facts about all the Canadian provinces.

1. Alberta Is Prepped for UFOs

Whenever intelligent life is confirmed and finds its way to Earth, they’re ready for it in Alberta. Located in the small town of St. Paul (population 5,963), there’s a UFO landing pad in the heart of town. It was originally constructed in 1967, and a nearby UFO Tourist Information Centre was opened to accompany the site in 1990, ready to welcome Earthly and extraterrestrial visitors alike.

When it comes to movies and television, British Columbia is a star. Thanks to the big tax breaks offered, B.C. has been used in many TV shows and movies, including “Titanic,” “The X-Files,” “House” and “Big Sky” and often gets transformed to match what audiences expect. Parts of British Columbia were even made over to represent Santa Barbara, California, for the show “Psych.” (Given B.C.’s temperate climate, it wasn’t quite sunny enough to pull it off!)

3. The First Transatlantic Flight Was From Newfoundland

The world’s first transatlantic flight took off from the capital of Newfoundland, St. John’s, in 1919. The pilots, John Alcock and Arthur Brown, touched down in western Ireland. The flight took almost 16 hours.

4. The World’s Largest Skating Rink Is in Ontario

It’s no joke that Canadians love to skate – whether that’s for recreation or a good game of hockey. So, it’s no surprise that Canada is also home to the world’s largest skating rink. The Rideau Canal Skateway in Ottawa, Ontario, is the equivalent of 90 Olympic size skating rinks, and holds the Guinness World Record for its size.

5. The World’s Largest Hockey Stick Is in British Columbia

Speaking of hockey, another Canadian province holds the record as home to the world’s largest hockey stick and puck. Located outside the Cowichan Community Centre on Vancouver Island, the 205-foot (62-meter) hockey stick is made of Douglas Fir beams and steel and was originally constructed in 1985 for the Expo ’86 World’s Fair Exposition in Vancouver

After a trio of thieves tried to make off with nearly 3,000 tons of maple syrup(that’s 6 million pounds!) worth CA$18.7 million ($15 million) in Saint-Louis-de-Blandford, Quebec, between 2011 and 2012, the Canadian government came down hard. The crooks were all handed down jail sentences and fined nearly CA$10 million ($8 million). The fine was later lowered to CA$1 million.

7. New Brunswick is Home to the French Fry Capital

The small New Brunswick town of Florenceville-Bristol is also known as the “French Fry Capital of the World.” One-third of the world’s frozen french fries are made here by New Brunswick-based McCain Foods. You can also visit the Potato World Museum here, which helps underscore the importance of the spud to this town.

8. Poutine Is a Routine Favorite in Quebec

Here’s more spud news: One of Canada’s most famous foods, poutine officially comes from the province of Quebec. This indulgent dish of fries and cheese curds, topped with gravy, hailed from a rural part of the province in the 1950s, though the actual inventor will probably always be up for debate. 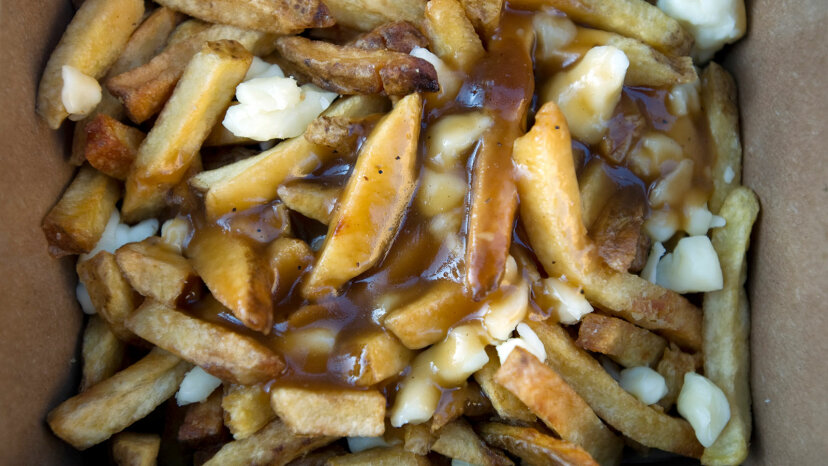 Poutine, a combo of french fries, cheese curds and gravy is a popular Canadian dish.

Life’s a giant party in Newfoundland. The province has been shown to have the highest number of bars per capita in Canada, with 3.87 bars per 10,000 people. This is buoyed by George Street in St. John’s, which has long been reputed to have the largest number of bars and pubs per square foot in the country – but nobody has actually measured this to verify if it’s true.

10. In the Yukon, You Can Order a Drink With a Human Toe in it

If these facts have you in the mood to raise a glass, here’s a bucket list drink – or maybe the last one before you kick the bucket. At the Sourdough Saloon in Dawson City, Yukon Territory, you can order the sourtoe cocktail — basically any drink, featuring the addition of a preserved human toe. The drink’s origin story dates back to a blizzard in the 1920s and a frostbitten toe preserved in a jar that served as the perfect accompaniment to whiskey. The original toe only last seven years (someone swallowed it!), but over the years several more toes have been donated to keep this wild tradition going. As the saloon says of the cocktail, “You can drink it fast, you can drink it slow — but the lips have gotta touch the toe.”

Located in far northern Nunavut (on Devon Island in the Canadian Arctic), the Haughton Crater – caused by an impact some 39 million years ago – is considered by scientists to be one of the most Mars-like climates on Earth. As a result, the Haughton-Mars Project was established in 1997 to train astronauts for future Mars missions.

12. Prince Edward Island is More Than One Island

While the province is called Prince Edward Island – singular – it actually includes some 232 islands in total, including the main one. With all that coastline, it’s no surprise that P.E.I. also has a large number of lighthouses – over 63 in total, 35 of which are still active. Nine are open to the public, according to a 2016 report.

13. The Northwest Territories Are Full of Diamonds

Speaking of being the capital of something, Canada’s sprawling Northwest Territories is known as the Diamond Capital of North America. This is due to the diamond mines located across the territory. The Northwest Territories also are home to mines for gold, silver, lead, tungsten, as well as rare-earth metals and uranium.

Back in 1945, Princess Juliana of the Netherlands gifted the Ontario city of Ottawa 100,000 tulip bulbs; now, the city has had an epic tulip festival each spring. Those bulbs are quite prolific, as some 300,000 tulips bloom every year in Commissioners Park. More than 1 million tulips decorate Ottawa.

15. Manitoba has the World’s Largest Concentration of Snakes

If you have no fear of snakes, consider making the trek to Manitoba. The Narcisse Snake Dens there are home to the largest concentration of snakes in the world. Every spring, some 75,000 snakes come out of the ground from hibernation.

The popular children’s book “Anne of Green Gables” was written by P.E.I. localLucy Maud Montgomery in 1908. The book is set near Cavendish Beach on Prince Edward Island’s north central coast, and the house that inspired the book is now a protected National Historic Site. 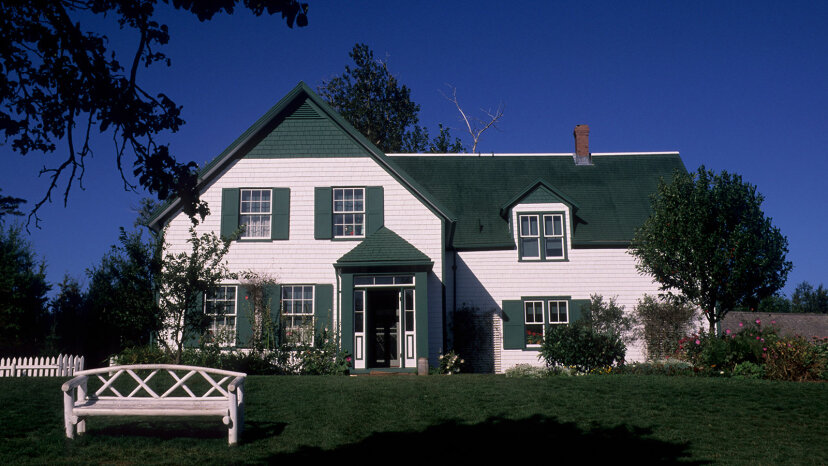 17. New Brunswick is the Only Constitutionally Bilingual Province or Territory

The official languages of Canada are French and English, but not every territory and province has this codified into their territorial or provincial constitution. The only one which has codified bilingual rules into its constitution is New Brunswick.

18. Newfoundland and Labrador Has its own Distinct Language

While Canada has two official languages, you’ll find local expressions across its provinces and territories. But Newfoundland has its own special vocabulary, created over the centuries through a combination of cultural integration and isolation. There you’ll hear words like “dwy” (a short, sudden storm) and “lolly” (the soft ice close to shore that most boats can navigate).

19. Saskatchewan is Home to the Mounties

The Royal Canadian Mounted Police – also called the Mounties – the academy is located in Regina, Saskatchewan. Since 1885, RCMP cadets have been trained here, and you can visit the RCMP Heritage Centre in Regina to learn more about the history of Canada’s famous, iconic police force.

All Rights Reserved for Valerie Stimac