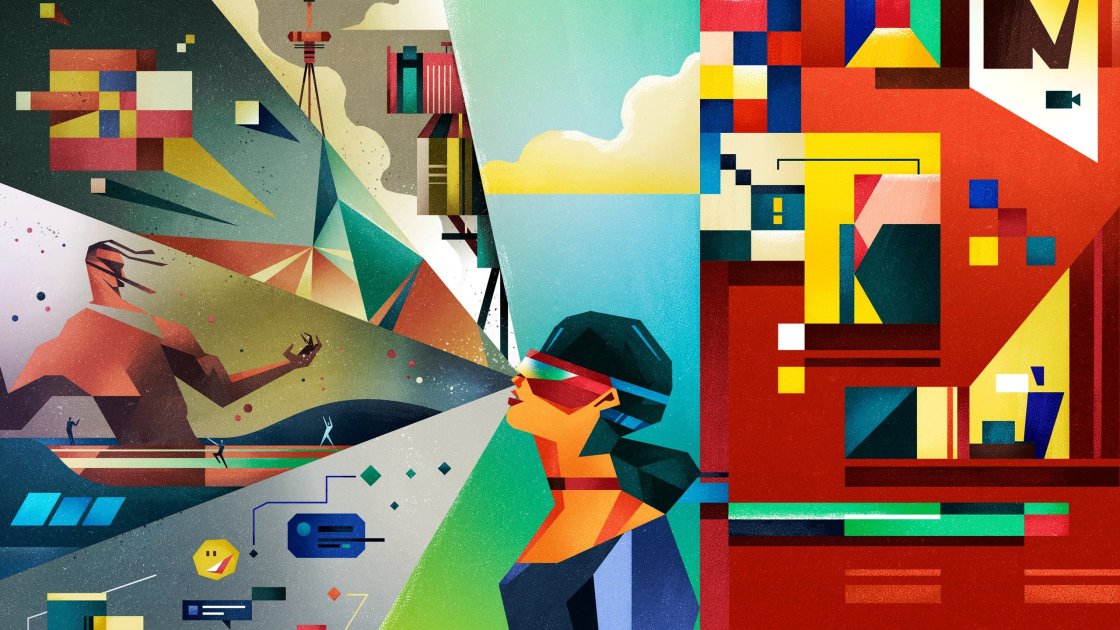 The Metaverse Is Simply Big Tech, but Bigger

t’s a rebrand of Silicon Valley’s increasing power and reach. And it’s made for companies, not people.

Like religious prophets, Big Tech luminaries are ­preaching the coming of the next internet. According to their gospel—blog posts by tech companies and venture capitalists alike—tomorrow’s cyberspace will be empyrean, transcendent, immersive, 3D, and all folded together, the disparate sites and services we live and die by gathered under one love. It will be a super-platform that convenes sub-platforms: social media, online video games, and ease-of-life apps, all accessible through the same digital space and sharing the same digital economy.

Back when Stephenson wrote his book, the web was a smattering of freaky little planets connected only by the gravitational force of server technology. Novice developers built rudimentary websites using HTML and HTTP. Soon, Friends fan sites and the Texas Internet Consulting pages hung separately from gaudy ­GeoCities.coms filled with Broadway lyrics. From this scattered solar system were born web browsers like Mosaic and then Netscape to solve the problem of sorting and aggregating information.

The metaverse, as originally conceived by Stephenson, is focused around a three-dimensional digital street with virtual real estate, where users’ avatars can loiter, party, and do business, finding spaces and each other. It’s operated by a company called the Global Multimedia Protocol Group, which makes its money acting as the backbone of 3D cyberspace.

The starry-eyed futurists of the ’90s took the idea at face value, incarnating users as avatars in isolated cyberspaces like Activeworlds. The other half of the vision—the important half—was connecting cyberspaces, and this they were not able to do.

A metaverse must be interoperable; digital services associated with it must piece together, quilt-like, to form its fabric. Matthew Ball, a venture capitalist who has written frequently on the metaverse, says, “Interoperation effectively requires companies to release their control over proprietary formats, or otherwise adopt wholly open source ones.”

In the early 2000s, a bloom of open source metaverse projects emerged to solve the problem of stitching together existing virtual worlds. If the code were free and accessible to all, any Snow Crash fan with some know-how could carve out their own alley in the metaverse. And had the internet stayed frozen in its early form, one could easily imagine the porous, egalitarian metaverse it would have spawned: A 50-year-old in a Barbie avatar walks straight from her Second Life Dream House to Sephora.com’s VR boutique, where she purchases digital mascara with gold earned in World of Warcraft.

But those open metaverse projects never got off the ground. “There wasn’t a lot of enthusiasm around interconnection, partly because there really wasn’t a motive for it,” says Philip Rosedale, founder of Second Life publisher Linden Lab. “We were, as a company, trying to make some money.”

By the mid-2000s, it became clear that the money wasn’t in building individual websites; it was in making information sorters, channels, aggregators, and publishers—open enough to scale with user-generated content, but closed enough to reap enormous profits. “A few online services came to have a truly global user base and in its wake grew a global infrastructure dedicated to optimize its needs,” says Carl Gahnberg, a senior policy adviser at the Internet Society.

This was the evolution from Web 1.0 to Web 2.0. For nearly 30 years, the gravity of consolidation has pulled cyberspace together under the auspices of fewer and fewer corporate titans. The freaky little planets get drawn together, collide, make bigger planets, collide again, make stars, or even black holes. Facebook eats Instagram and WhatsApp; Amazon swallows two dozen ecommerce sites. And you’re left with these few supermassive players controlling and appropriating the celestial motion of billions of users. This is how Big Tech got big.

After interest in those open source metaverses waned, the tech industry spent a decade obsessed with the “total service environment,” one where you spend your morning on Gmail and your afternoon plugging data into Google Sheets, take a break on your Android phone, and then navigate to a new pub with Google Maps or watch YouTube all night next to your Nest smart-home device.

The idea of the metaverse has reemerged under a new sky. The current frenzy? It’s simply a succinct way for Big Tech to ­repitch its extensive lineup of products. The metaverse describes the next state of the internet’s consolidation, a marketing spin on Big Tech’s increasing reach and power. It’ll be Big Tech—just as problem-riddled as now—but bigger.

Meta Platforms (formerly Facebook), which Mark Zuckerberg has vowed will eventually become a “metaverse company,” owns not only four of the top six social media platforms, but also Oculus, which manufactures VR hardware. Virtual reality has been about to go mainstream for a decade now but is far from ubiquitous, leaving the company perpetually trying to capitalize on this $2 billion acquisition. What could sell VR headsets more effectively than the notion that everybody will need one to access the internet of the future—especially if that same internet is Meta’s own?

It’s possible that the metaverse idea is too flawed to exist in any incarnation.

For Microsoft, the metaverse is a sci-fi skin over its manifest destiny aggregation of platforms and products, which include its operating system (Windows), servers (Azure), comms network (Teams), hardware (HoloLens), entertainment hub (Xbox), social network (LinkedIn), and IP (Minecraft). In a May 2021 post, Azure’s corporate vice president, Sam George, describes how Microsoft is perfectly positioned to usher in the convergence of “the physical and digital worlds” under the company’s “metaverse technology stack.” That, George excitedly shares, “is available today.”

(Of course, in a total service environment, the user is not literally incarnated as the same catgirl avatar they use in Final Fantasy XIV or their Tony the Tiger Second Life body. A total service environment is a metaverse in that it interlocks, subsumes, affords presence with others, and easily funnels those users from one digital property to another. Actually seeing each other’s avatars there is what makes the metaverse science fiction.)

Right now, the metaverse lives in the space between these total service environments and their owners’ corporate blogs. It’s an invitation to work under, not with, tech giants’ services.

If the companies ­dominating cyberspace did decide to collaborate, simultaneously piecing together opposite sides of the quilt to create this digital textile, that would be very polite. But is there a world in which Microsoft, Facebook, Epic Games, Apple, Niantic, Nvidia, et al. combine their most valuable products, Captain Planet–style, to architect the metaverse under open source standards nobody in particular reaps billions from? It’s sort of a tall ask—to overhaul your code and collaborate with your competitors. Why would three or four tech giants partner to make a metaverse when they already spent decades and billions constructing their own?

Arguably, the closest property we have to a real metaverse is Roblox, a billion-­dollar platform and game development toolkit. Players use Roblox to build a game about adopting pets or a virtual re-creation of their local church, and 48 million daily users can join them. Roblox hubs together those worlds through a proprietary browser-­based search system.

Proprietary is the key word. Players can’t port their mini metaverses to World of Warcraft or Second Life. What growth looks like for Roblox is more stuff on Roblox. All the same, Roblox’s CEO described the company as “shepherds of the metaverse” early in 2021.

If Big Tech’s unchecked growth continues, there will be multiple metaverses, if there are any at all. Each will be interoperable under one tech giant’s umbrella, the same way Apple is both a walled garden and a convenient, habitable terrarium for its dedicated consumers. Users love the seamlessness of Apple’s proprietary operating system, the ubiquity of iMessage. And Apple, presumably, loves the 30 percent commission it can charge those developers who sell apps in iOS through its App Store.

Epic Games CEO Tim Sweeney has been outspoken about the threat of a metaverse—something he considers an inevitability—run like an Apple ecosystem, governed by “one central company” and “more powerful than any government,” he once told VentureBeat. His vision for the metaverse, which he shared with The Washington Post at length, entails a cyberspace made interoperable through Fortnite as a game platform and Epic Games’ Unreal Engine.

It was funny, then, when a California judge told Epic, after the company unsuccessfully sued Apple, that “Epic Games seeks a systematic change which would result in tremendous monetary gain and wealth … [The lawsuit] is a mechanism to challenge the policies and practices of Apple and Google which are an impediment to Mr. Sweeney’s vision of the oncoming metaverse.” Ouch.

Similarly, John Riccitiello, CEO of competing game engine company Unity, agrees that Big Tech’s vision for the metaverse is Orwellian. His solution? Everyone should use Unity. “It pulls down the height of the wall of the walled garden,” he says.

Who wants a metaverse built the way Web 2.0 was? Who wants a metaverse built for scaling and making money? New open source metaverse projects seek to combat the inevitability of this next total-service-­environment internet. “I think we’ll probably see a Web 2.0 metaverse and a Web 3.0 metaverse—Web 2.0 being all of these Big Tech companies that are closed. They’re not going to give up their server-based models or data collection,” says Ryan Gill, cofounder and CEO of Crucible, an open metaverse project. “We’ll see a much quicker scale of the Web 2.0 metaverse. But the only way to Web 3.0 is decentralization.” The next web, Gill argues, should be architected on open protocols and standards, including blockchain technology. He thinks open source communities will contribute and be rewarded financially.

The Web 3.0 Gill describes looks endearingly like the Web 1.0 of the ’90s—disparate, user-run, decentralized, the web that gave birth to the idea of the metaverse. Somehow, the thinking goes, we got sidetracked into this whole Big Tech thing.

It’s possible that the metaverse idea is too flawed to exist in any incarnation. Connecting services so they can collect our data, track us, and dominate our attention even more completely will likely make the world worse, not better, at least for those of us who aren’t VPs at Meta or Microsoft.

While Big Tech’s marketing teams light up when we commune with their corporate blog posts, the reality may be that any metaverse born of their internet will be unfriendly to people. In truth, today’s metaverse could never be a web of freaky little planets. But it would stay faithful to the source material in at least one way: It would resemble Snow Crash’s 3D street if in addition to Amazon acting as landlord, most of the stores were owned by Amazon, too.

All Rights Reserved for Cecilia D’Anastasio 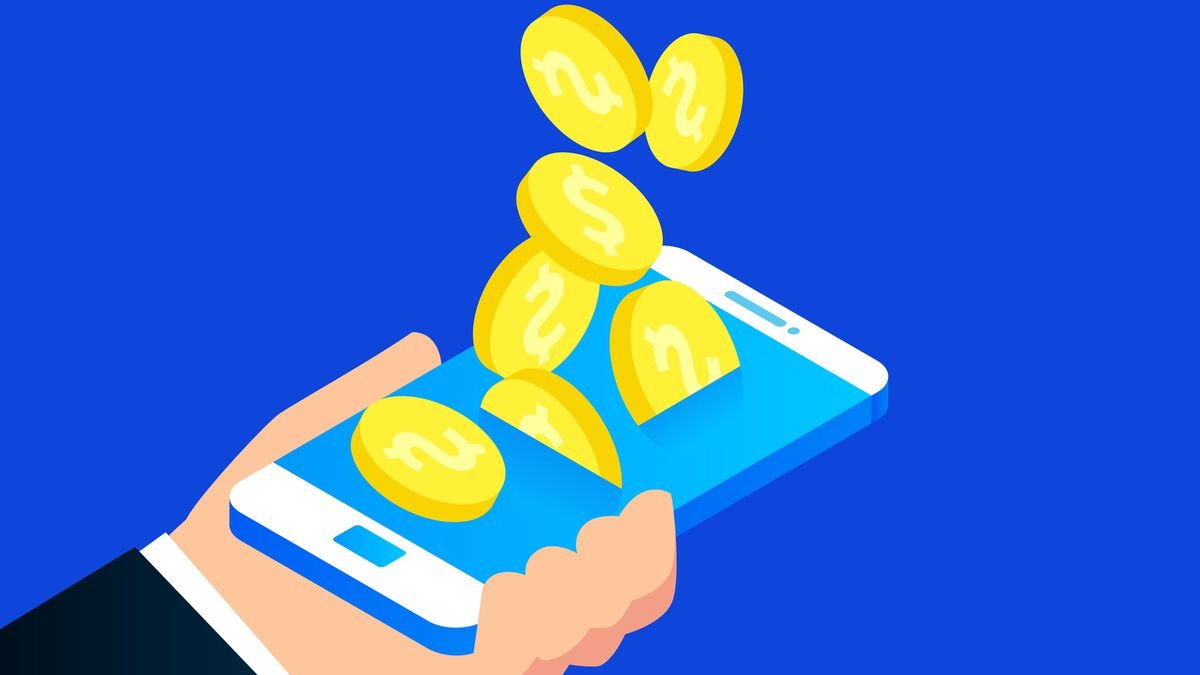 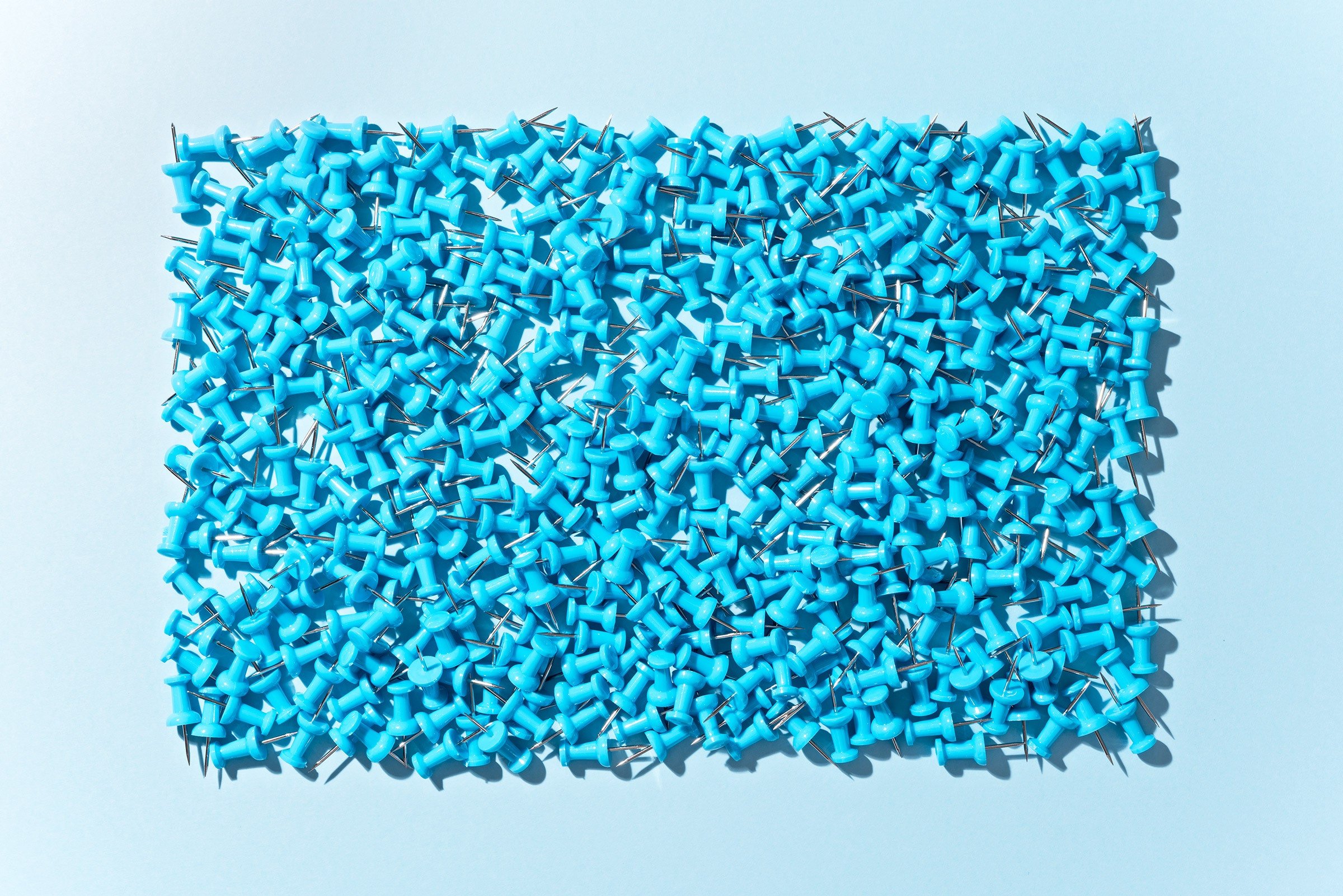 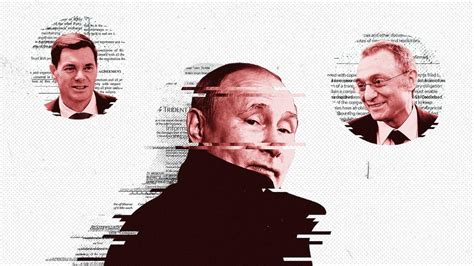 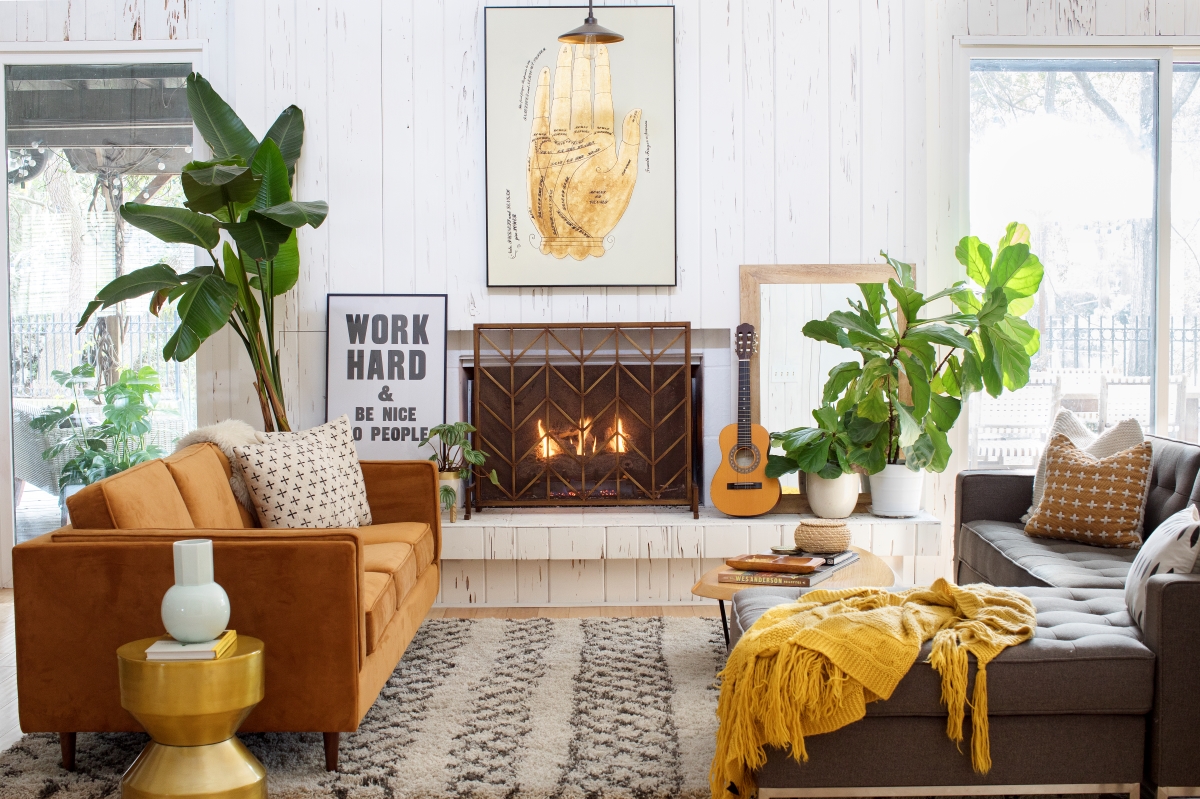 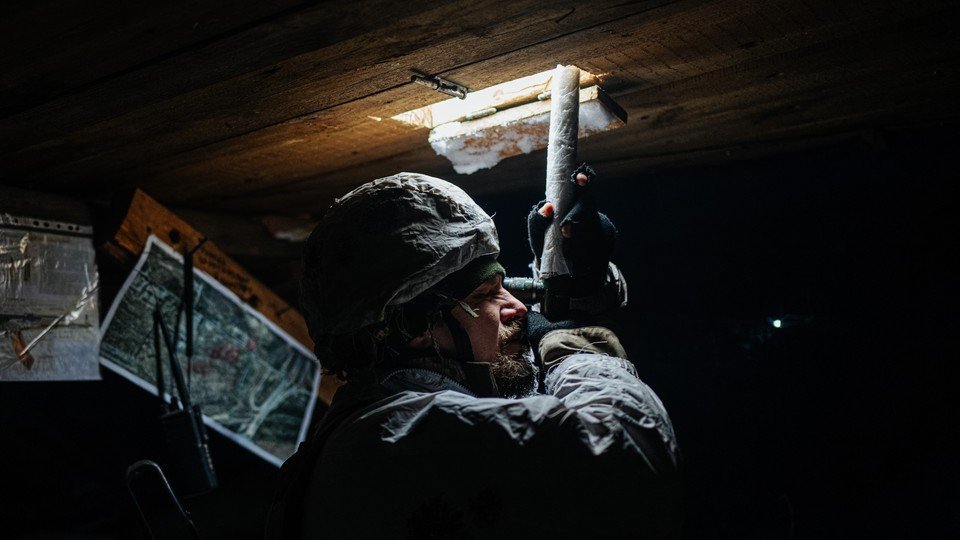 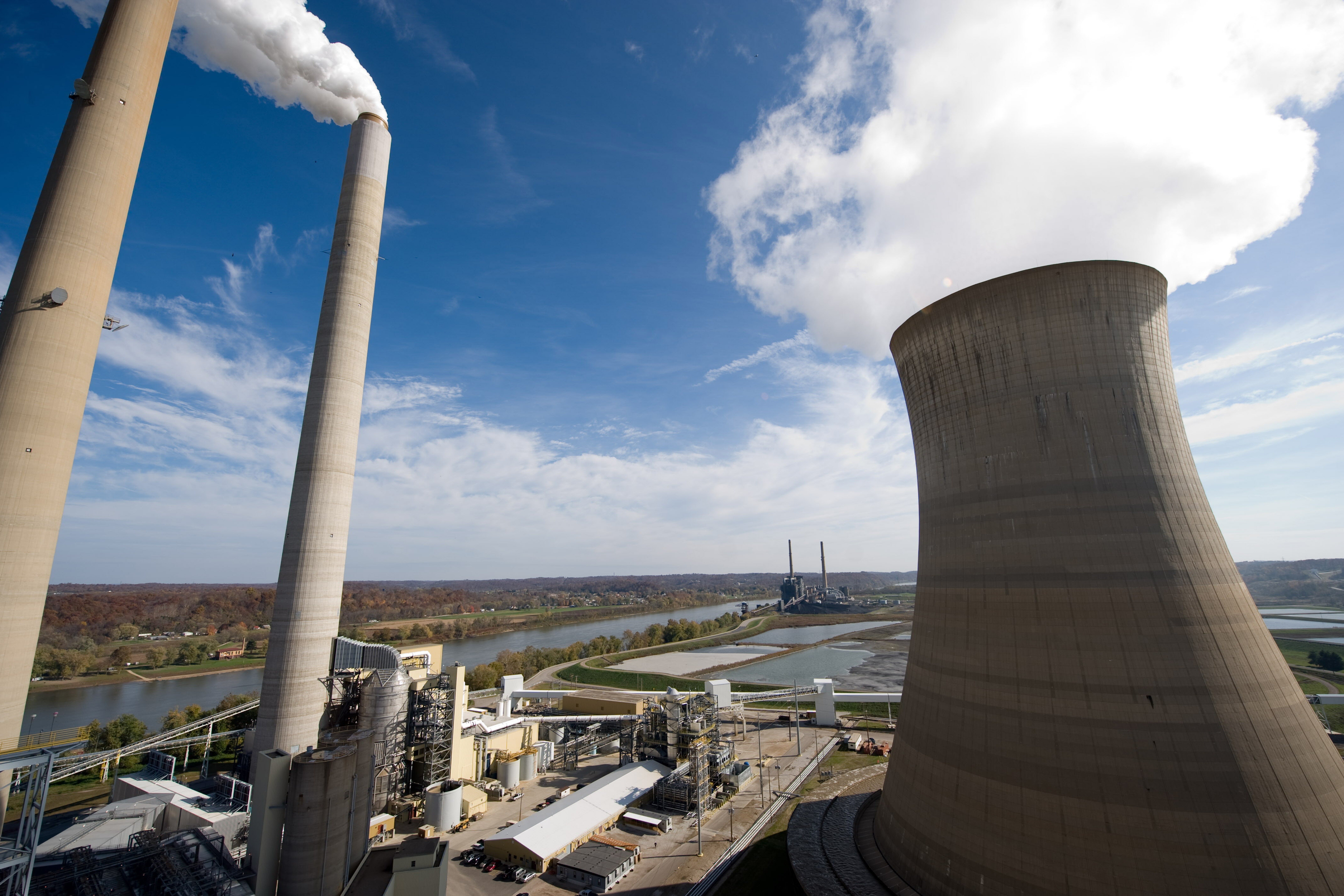 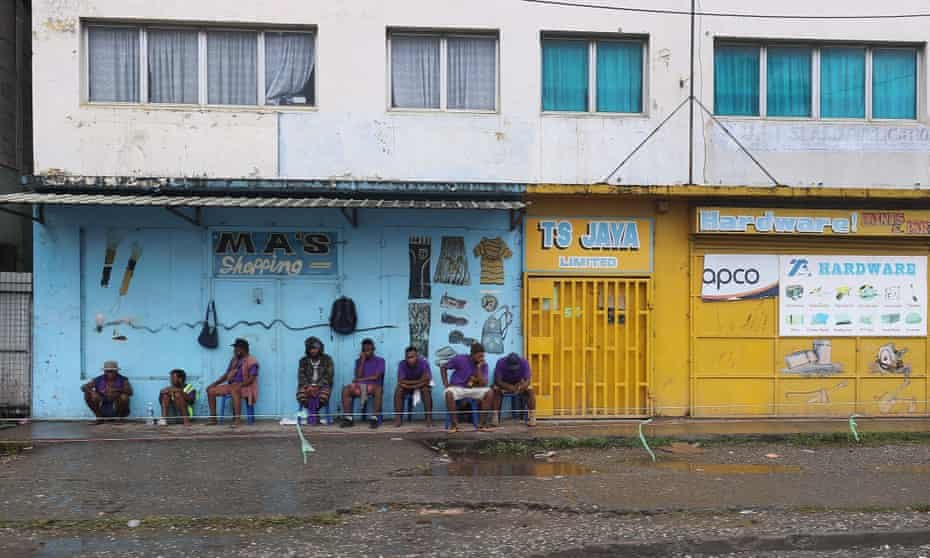 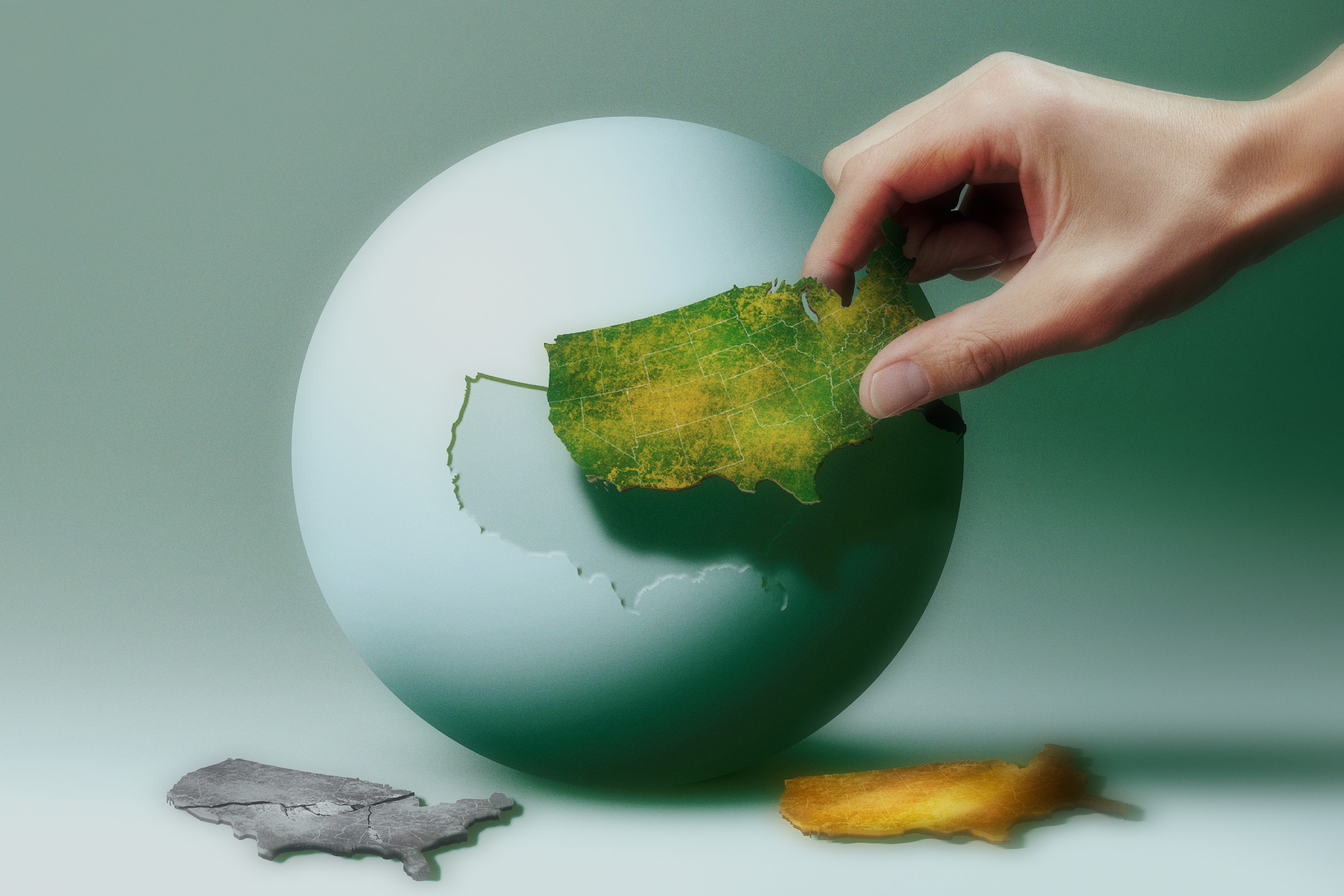