By observing how plants, animals and even mud behave, renewable energy innovators are uncovering new ideas for improving efficiency and output

When we think about renewable energy, we think of rolling fields with windmills or industrial rooftops covered in silicon solar panels designed by human engineers in high-tech labs. As engineers work to make energy systems more efficient and affordable, some are finding inspiration in nature.

Organisms and natural systems have had some 3.8 billion years to evolve. Because energy is the currency of life, in the process they have come up with energy-efficient ways to function. From more productive wind turbines to strategic solar arrays, there’s a lot we can learn from nature about improving energy production and use.

For example, scientists at Cornell studying the movements insect wings make as the insects hover found that the wingtips trace out figure-eight patterns, minimizing power consumption. Such energy-saving kinematics could help improve the efficiency of miniature unmanned air vehicles (UAVs) used for surveillance.Simulated fruit fly flight without control – CornellCastThe model insect hovers for a brief period before succumbing to pitch instability, which leads to its tumble and fall…www.cornell.edu

The idea of imitating nature to design machines is not new. Leonardo da Vinci’s ornithopter was inspired by the flapping wings of birds, although it never actually took flight. From bridges and buildings to water management and food distribution, other examples of biomimicry abound in today’s world.

Now, as renewable energy grows in popularity, scientists and engineers are looking to nature for insights into designing wind, marine and solar energy devices in a way that increases efficiency and reduces environmental impact.

In July 2016, a solar-powered airplane flying over the desert region of Andalusia in Spain photographed breathtaking images of the Gemasolar concentrated solar power plant. The plant, operated by Torresol Energy, consists of 2,650 heliostats — mirrors that turn to track the motion of the sun, fanning out around, and reflecting sunlight toward, a 150-meter (490-foot)-high tower. The central tower houses molten salts that can store the energy of that light for extended periods of time.

In a fascinating article published in Solar Energy in 2012, researchers at Massachusetts Institute of Technology and RWTH Aachen University in Germany reported that the placement of heliostats for a concentrated solar plant like Gemasolar could be optimized by mimicking the spiral arrangement of florets in a sunflower. This pattern, called Fermat’s spiral, occurs commonly in the arrangement of leaves on stems and florets in flowers.

The researchers found that for a solar plant with a central tower, the efficiency of the heliostats closest to the tower was higher. Hence, arranging them in a Fermat’s spiral pattern would lead to smaller footprints and higher efficiencies for the power plant. The inspiration from sunflowers doesn’t stop there — the researchers also found that angling each heliostat at a “golden angle” of 137.5° with respect to its neighbor would result in less blocking and loss of solar radiation.

Alexander Mitsos, one of the lead researchers on the project, points out that although the biomimetic layout has seen a lot of interest, the Fermat’s spiral pattern has not yet been directly implemented in a commercial concentrated solar power plant. Some CSP plants like the Gemasolar plant do seem to have a spiral pattern. However, “as far as I know, these are not the biomimetic ones,” Mitsos says.

Energy found in waves off the U.S. coast could theoretically supply the equivalent of about 66% of U.S. electricity generation in 2017, according to the U.S. Energy Information Administration. To tap into the vast potential of the oceans to provide energy, University of Wisconsin computational scientist Jennifer Franck draws inspiration from the flapping flight of insects, birds and bats to design “oscillating hydrofoils” — to extract energy from tides.

Conventional devices for extracting energy from tidal currents rotate. An oscillating hydrofoil resembles an aircraft wing, but with a symmetrical elliptical cross section that allows for energy harvesting as the tide ebbs and flows. The hydrofoil heaves in response to tidal currents to turn the energy of tides into electrical current. Franck compares this pitching and heaving motion to the fluke of a large whale, except that the animal usually uses this motion for propulsion.

What is it about flapping motion that makes it a good source of power? Franck and her collaborators found that heaving at certain frequencies and pitching at certain amplitudes leads to the generation of a large amount of lift force. Not only that, but because the motion mimics natural movements of fish and aquatic mammals, “we think that it is more friendly for the environment,” Franck says.

The team has shown that this device can be scaled up and can also function well in shallow water. It is currently working to determine optimum placement of components.

“My sense is that if we can develop an optimum array configuration of these flapping foil devices, it would generate enough energy per square foot to make it competitive with wind and solar energy,” Franck says.

Reza Alam, a professor of mechanical engineering at the University of California, Berkeley, found his inspiration for reducing the cost of marine energy in a rather unlikely place — mud.

“Mud can take up a huge amount of energy from ocean waves,” says Alam. In the coastal state of Kerala in southwest India, he notes, the rivers bring abundant mud to the shoreline during the monsoons. The mud absorbs energy from waves, calming the water, attracting fish and giving local fisherman a bountiful catch.

“If mud can do such a great job in harnessing energy from ocean waves, why don’t we design something that behaves like mud, and responds to the action of waves passing over it?” he asks.

Taking inspiration from this phenomenon, Alam and his team designed an artificial seafloor “carpet” that absorbs energy as the mud does, then turns it into useful power. Potential applications include powering offshore aquaculture and seawater desalination.

“In California alone, an average of 35 kilowatts of energy per meter of coastline come towards the coast from the ocean,” Alam says. “This means that every meter of California coast can power seven houses with the device operating at 20% efficiency, which is conservative.”

The team is currently testing different materials and configurations in a wave tank to figure out what works best in different environments, such as rocky or muddy shores. A former graduate student from Alam’s lab, Marcus Lehmann, started a company called CalWave Power Technologies that works on an anchored wave energy technology inspired by the seafloor carpet concept.

Conventional wind farms employ horizontal axis wind turbines, which spin at right angles to the wind much as windmills did on the farms of yesteryear. While individual horizontal axis turbines operate at high efficiencies, the turbines need to be spaced far apart so that the airflow patterns generated by one turbine do not interfere with the performance of neighboring turbines. To tackle this issue, Dabiri’s team turned to vertical-axis wind turbines instead.

Swimming fish create patterns of water movement in their wake that resemble the patterns of airflow generated behind wind turbines. Rather than being inhibited by these flow patterns, neighboring fish actually utilize them to enhance and coordinate their swimming as constructive interference of flows between neighbors minimizes the “drag,” or resistance to airflow. (If you’ve ever drafted a truck while driving or another rider while bicycling, you’ve experienced the phenomenon yourself.)

They found that if neighboring turbines are staggered and rotate in opposite directions, the alteration of wind speed and direction by adjacent turbines can actually be beneficial for collective performance of the wind farm. In fact, the team’s studies at the California Institute of Technology’s Field Laboratory for Optimized Wind Energy (FLOWE) found that the power generated per unit area can be almost 10 times greater at high wind speeds compared with that for modern horizontal axis turbine farms.

It certainly appears that biomimicry has plenty to offer efforts to improve the efficiency and economics of renewable energy. However, a significant impediment seems to be the slow pace of commercialization.

The reasons for this are complex and interwoven. In the case of marine energy, the lack of consolidated test facilities is a concern for scientists, especially because permits for testing in the ocean are hard to obtain. New technologies are tricky to assess without designated test sites and dedicated funding from the government and industry.

Survivability in harsh environments and environmental impact are also major concerns for any clean energy technology.

“The hardware development is inherently slow and expensive,” says Dabiri. “The idea of using biological inspiration is usually attractive, but the hard work is in developing a technology that can function successfully in the real world for a long time.”

In the case of concentrated solar power and wave energy, the limiting factor appears to be economic.

“The idea of using wave energy to generate electricity is not new, and there are thousands of patents with some brilliant ideas out there — and interestingly, for wave energy devices, most of these ideas work,” says Alam. “But the question is, can you generate power that can compete with fossil fuels?”

The jury is out over how many of these bio-inspired technologies will see the light of day. For the sake of the planet, many hope that at least some of them do.

All Rights Reserved for Nate Berg 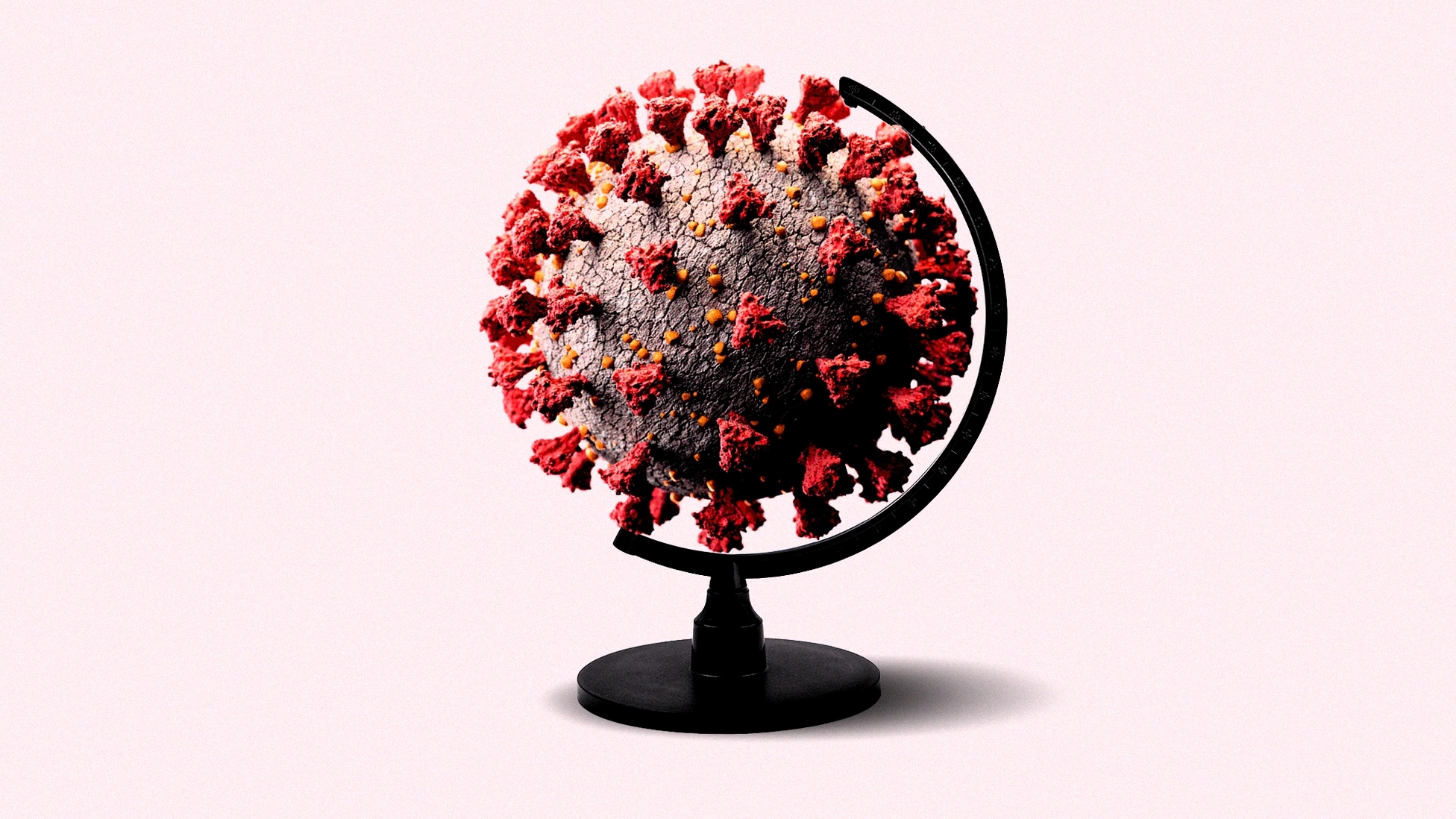 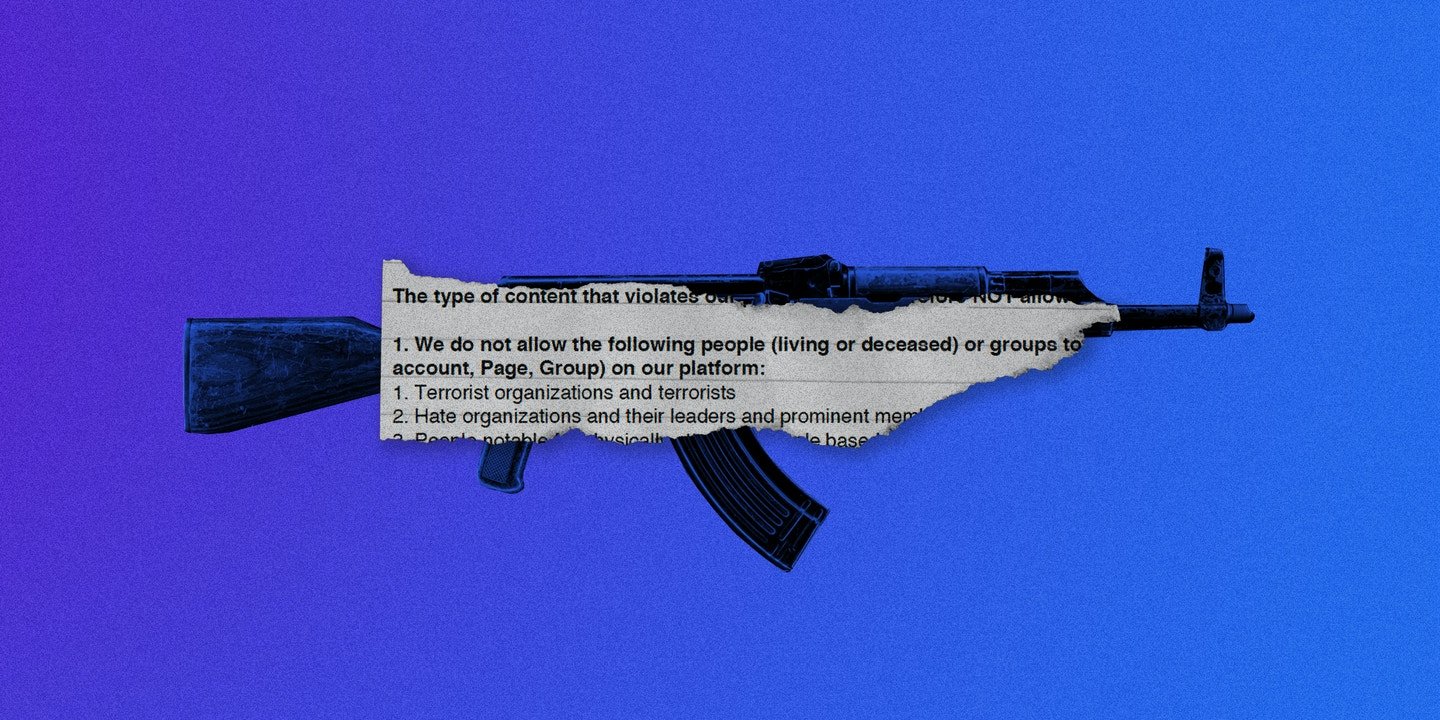 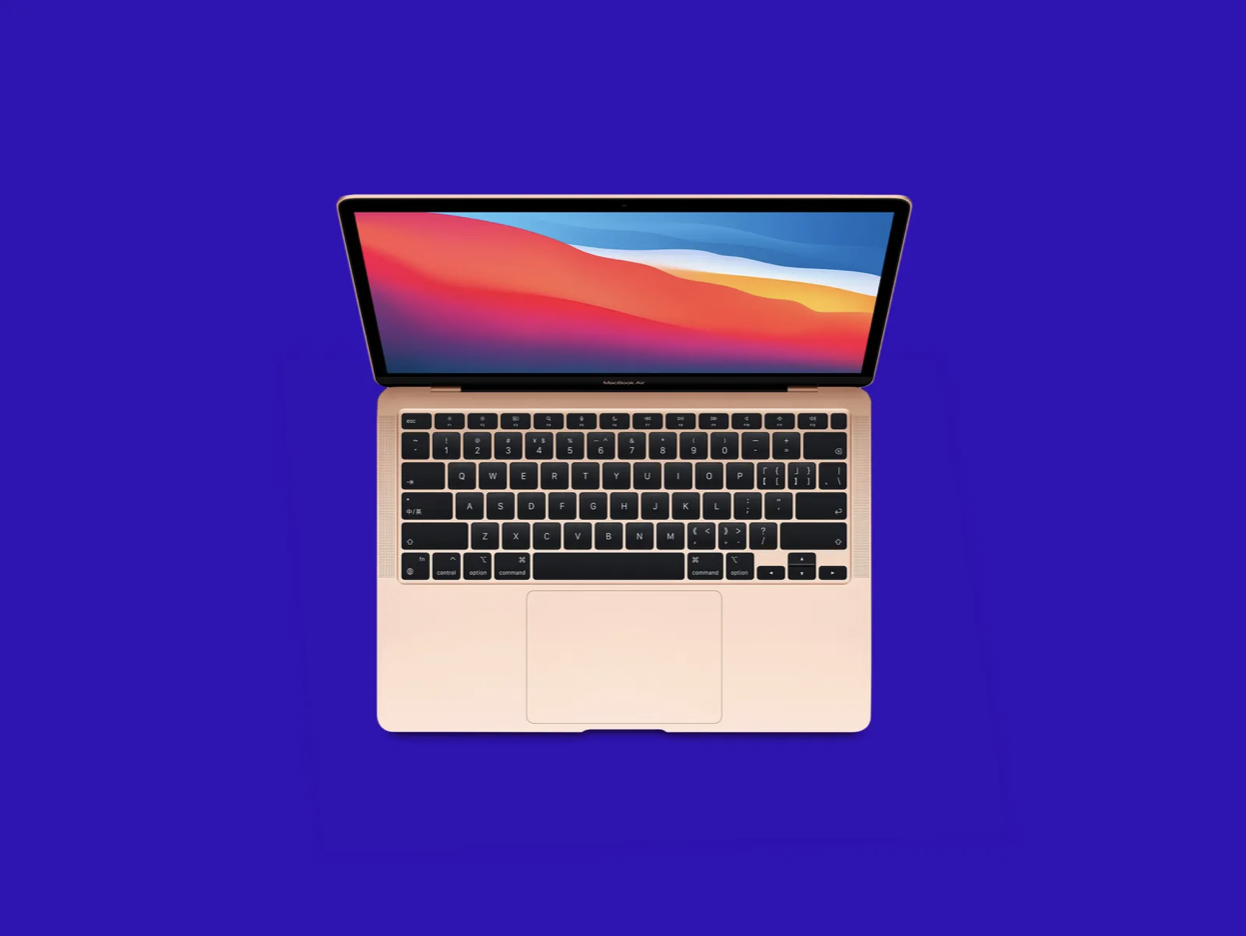 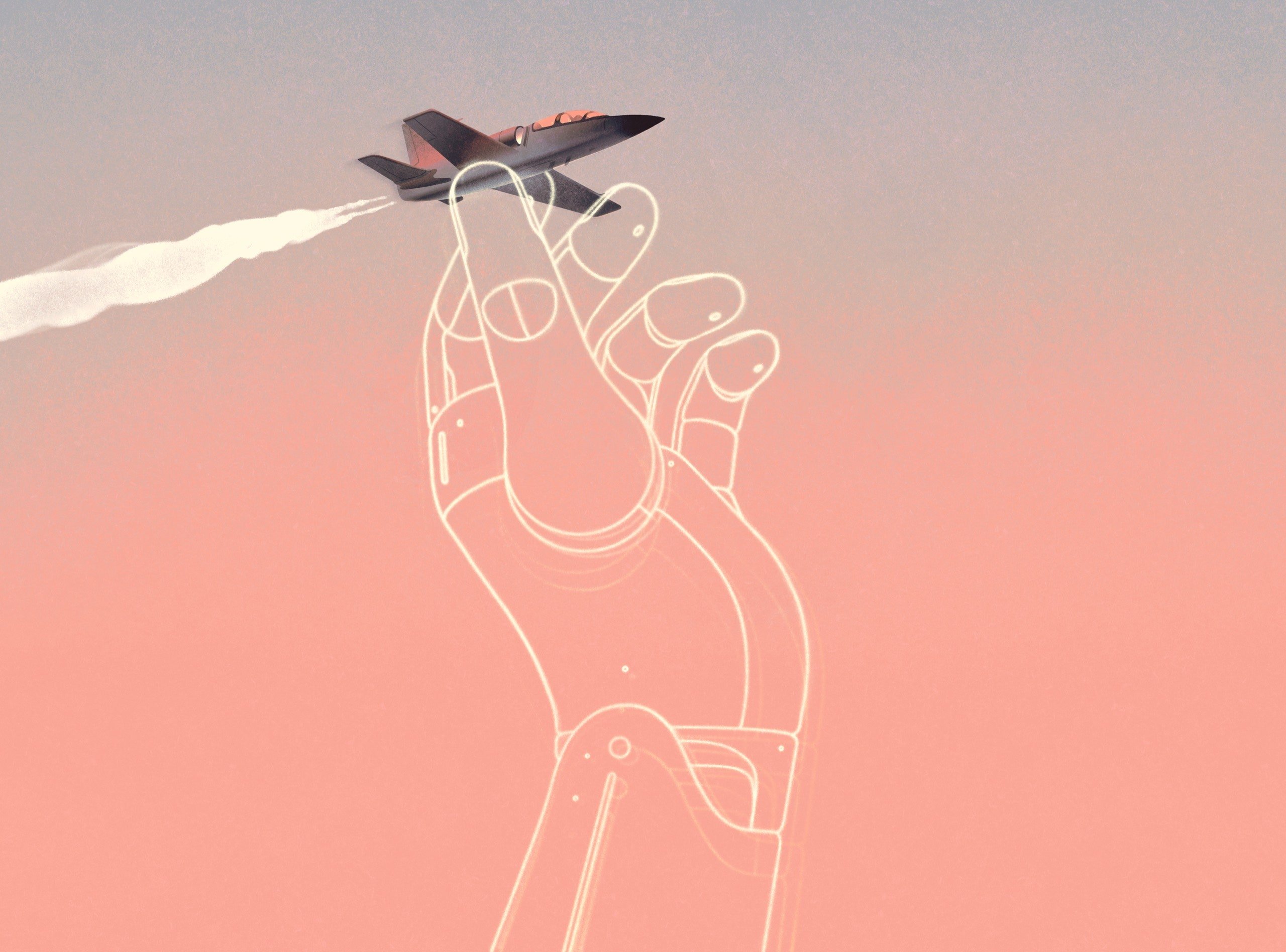 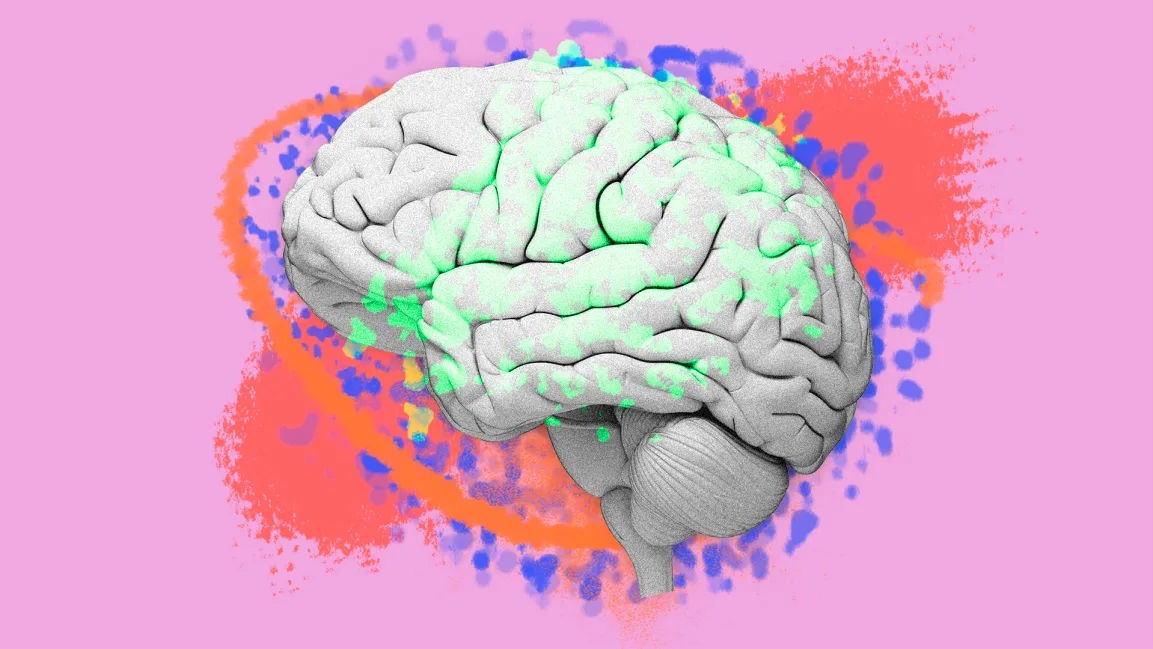 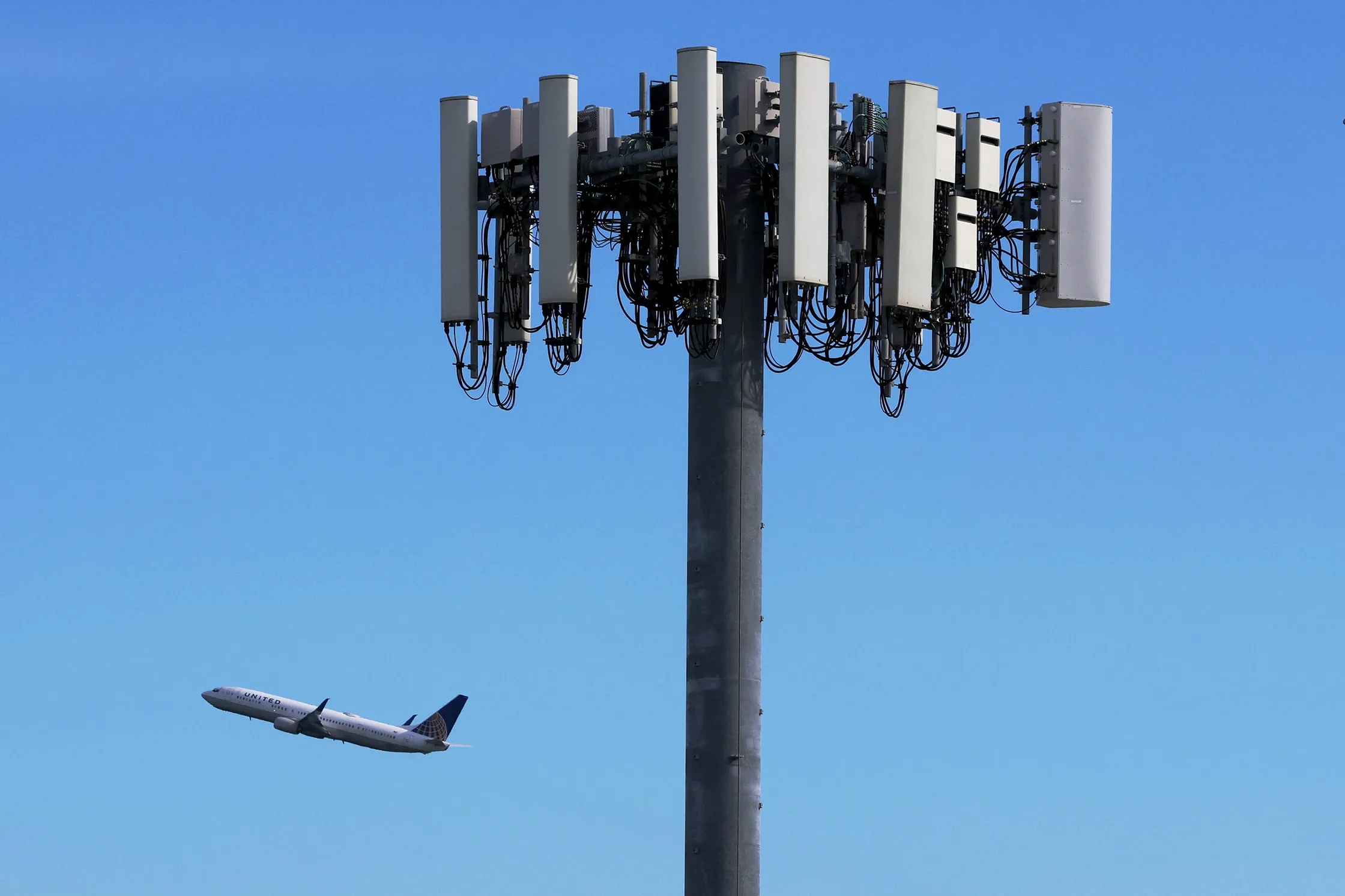 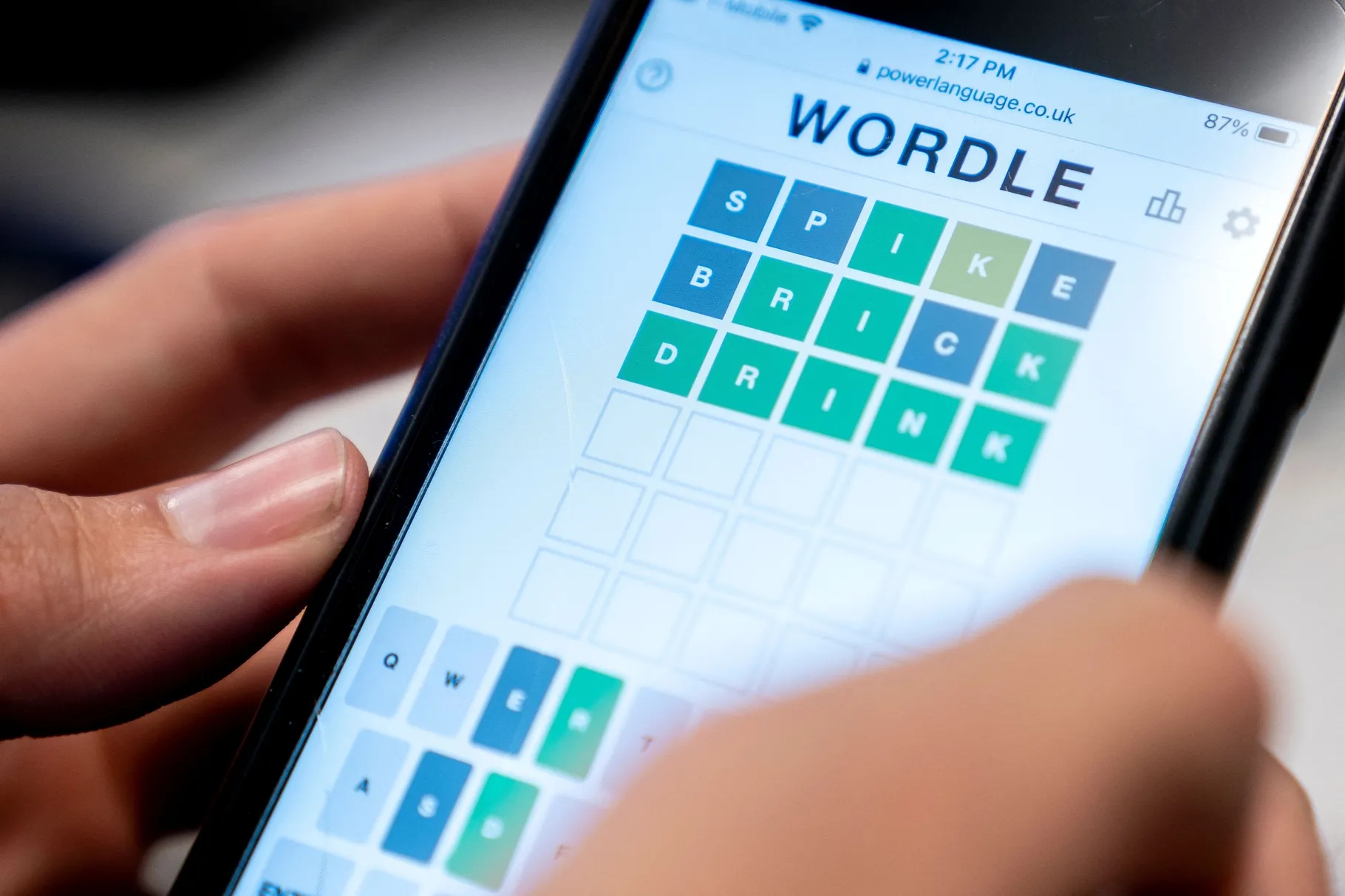 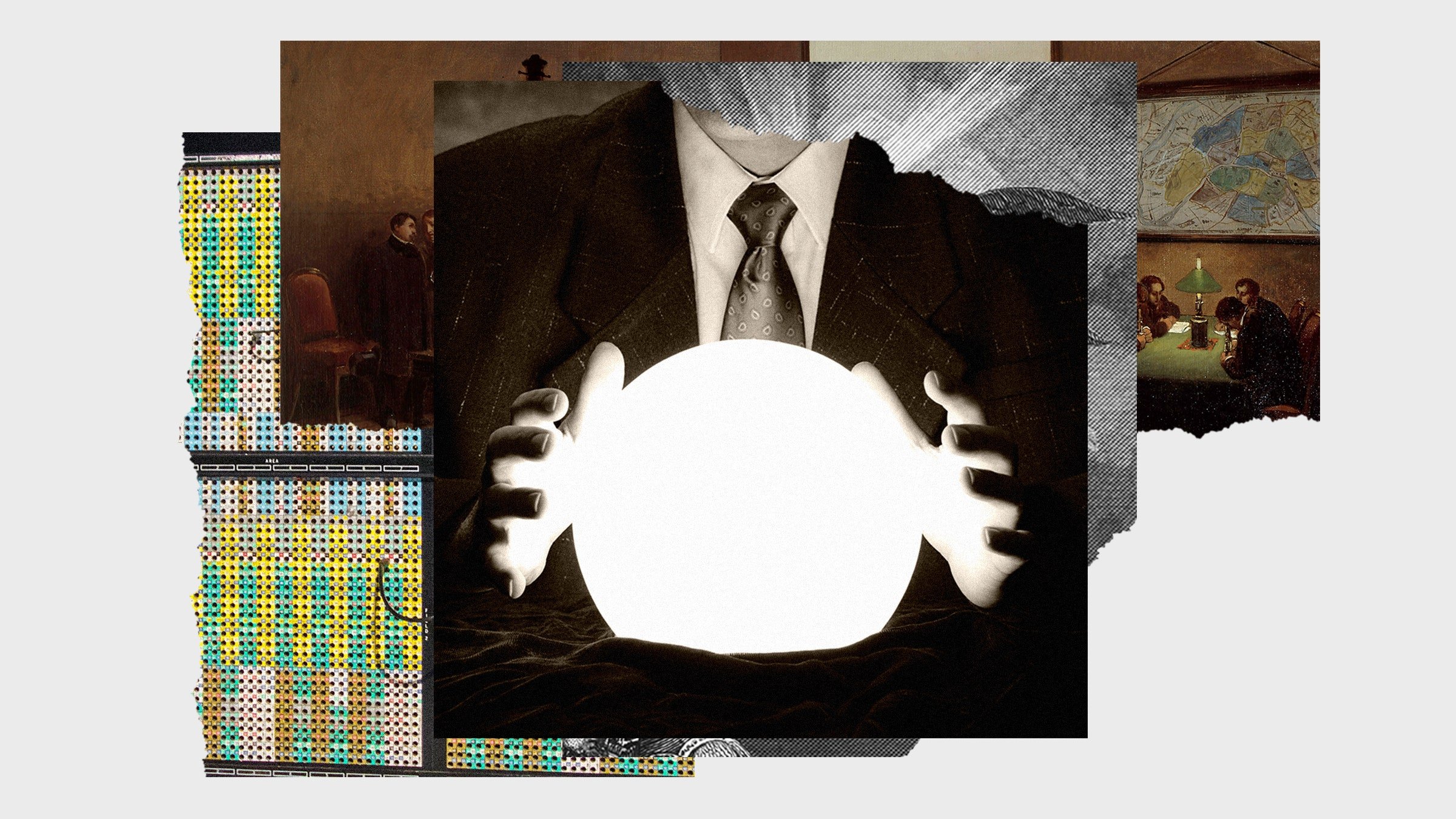 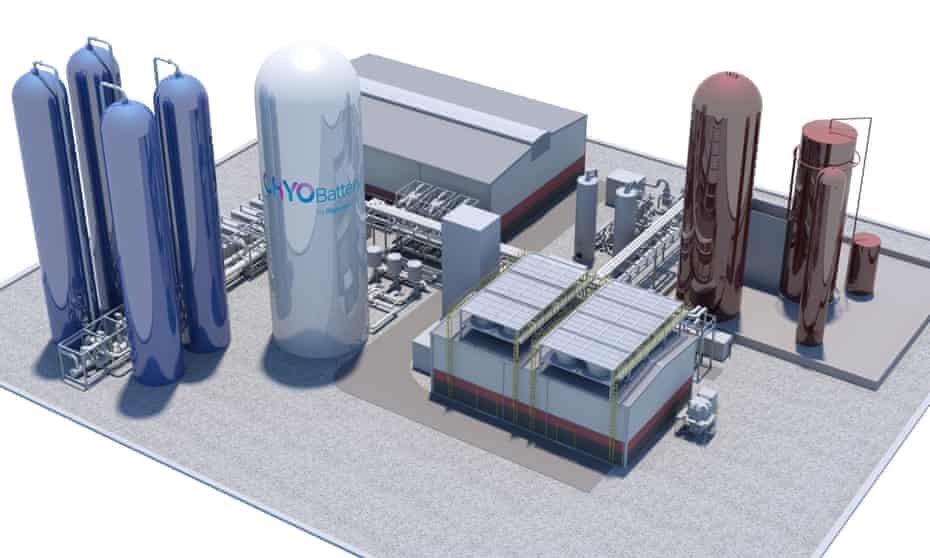 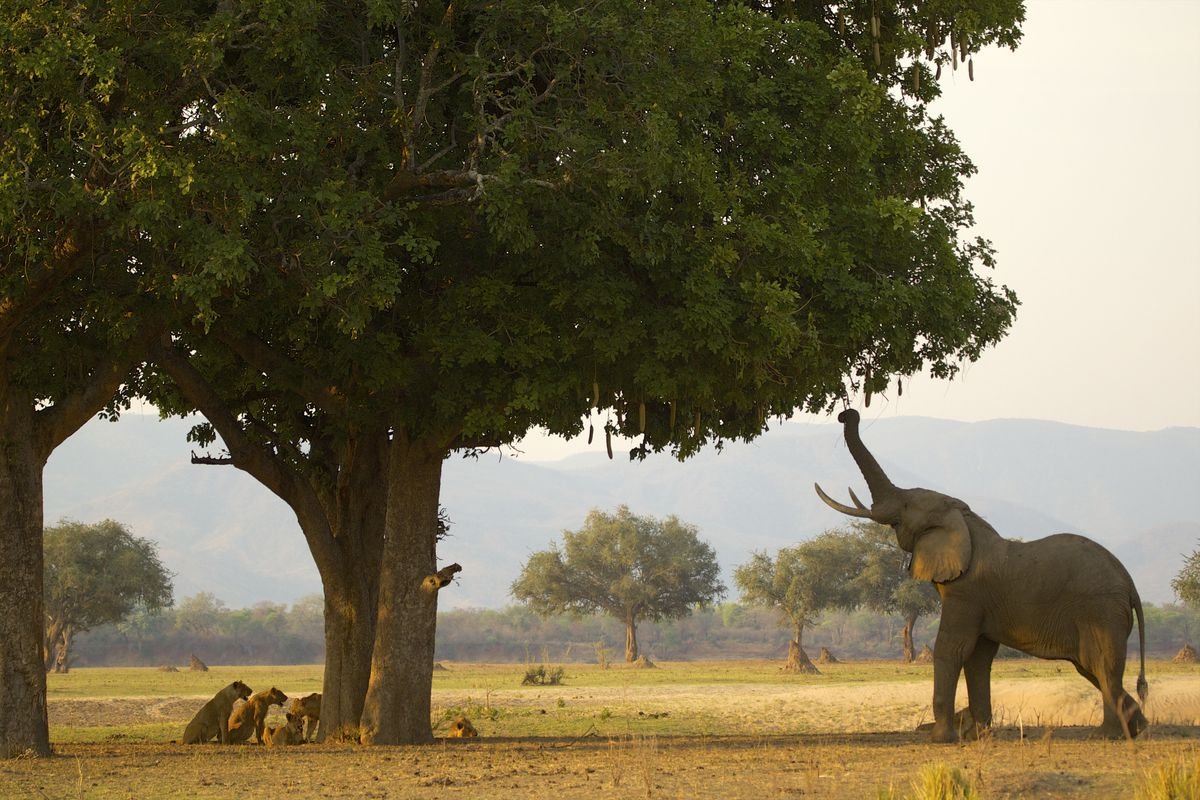