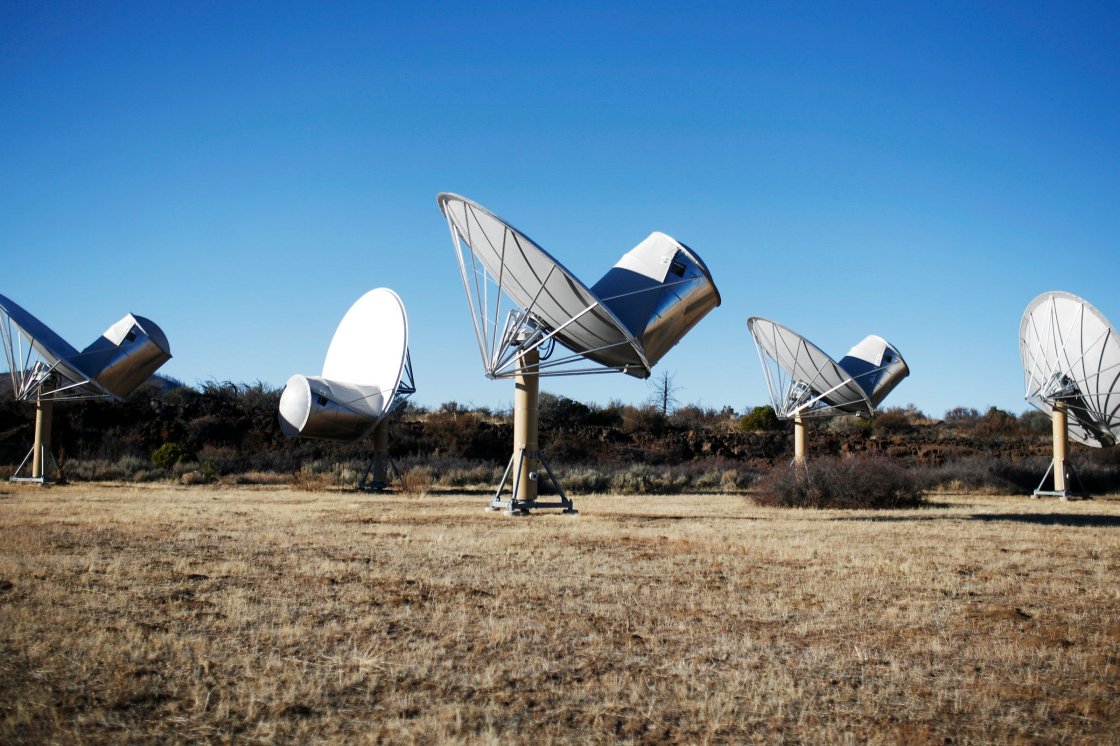 The Trouble With Counting Aliens

A new study estimates that there might only be 36 communicating extraterrestrial civilizations in our galaxy. But that number doesn’t tell the whole story.

Everything you need to know about SETI, the Drake equation, ’Oumuamua, and hot tubs.

In the search for extraterrestrial intelligence, there’s really only one big question:  Where is everybody? This question has haunted alien hunters ever since the Nobel-winning physicist Enrico Fermi posed it to some colleagues over lunch 70 years ago. There are billions of sun-like stars in our galaxy, and we now know that most of them host planets. But after decades of searching, astronomers haven’t found any that appear to host life. This is the so-called Fermi paradox: Our galaxy seems like it should be teeming with alien civilizations, but we can’t find a single one.

Researchers working on the search for extraterrestrial intelligence, or SETI, have proposed a number of solutions to the Fermi paradox over the years. But the most persuasive answer is also the most obvious: Perhaps intelligent life is just far more rare than we thought.

How rare? Many scientists have attempted to answer this notoriously tricky question. Based on their conclusions, there are between zero and 100 million extraterrestrial civilizations in the Milky Way. That is not an especially helpful range of estimates, so a pair of physicists in the UK recently took another stab at it and arrived at a remarkably specific conclusion. As detailed in a new paper published this week in the Astrophysical Journal, the duo calculated there should be at least 36 communicating extraterrestrial civilizations in our galaxy.

That is … not a lot, obviously, and it has some depressing implications. According to the paper, this would mean we’ll likely have to spend hundreds of years searching for an extraterrestrial civilization before we find one, and it also suggests that our closest neighbors may be up to 17,000 light-years away. “We’ve gone from being quite bullish on there being life in the universe to being a bit more pessimistic as time goes on,” says Christopher Conselice, an astrophysicist at the University of Nottingham and one of the authors of the paper. “I think that’s natural, but now we have the kind of information we need to make some real estimates based on reasonable assumptions about how life could form on other planets.”

Attempts to estimate the prevalence of intelligent life in the galaxy date back to the very beginning of modern SETI. In 1961, just a few months after wrapping up the world’s first radio search for ET, the planetary astronomer Frank Drake convened a small meeting of leading American scientists to discuss the future of SETI—or whether it should have any future at all. To organize the meeting, Drake made a list of questions that he deemed pertinent to determining the odds that the search would be successful.

Some of these questions—like figuring out the average rate of star formation in the galaxy and how many stars host planets—were possible for scientists to answer before first contact. Others—like what fraction of planets produce intelligent life and how long that life broadcasts messages into space—could only be guessed at. But Drake realized that if you multiplied the answers to these questions together, they could be used to get a rough estimate of the number of intelligent civilizations in the galaxy. This formula is known as the Drake equation.

Today, astronomers can confidently fill in some of the blanks in the Drake equation, like how many stars have planets (most of them) and the average rate of star formation in the galaxy (a handful per year). And as a new generation of exoplanet telescopes like the James Webb Space Telescope come online, we’ll also have a better idea of how many of these planets are located in the habitable zone of their star. This means that liquid water could exist on those planetary surfaces, which as far as we know is a prerequisite for life—intelligent or otherwise.

But “as far as we know” is exactly the problem with the Drake equation. The number of communicating alien civilizations in our galaxy is a statistical estimate, and like all statistical estimates it can vary a lot depending on the assumptions that are used to make it. In the Drake equation, about half the unknowns are about extraterrestrial civilizations. Since we know nothing about ET, astronomers have to make some guesses. And in their new paper, Conselice and his colleague, University of Nottingham engineer Tom Westby, make two very big assumptions in their reworking of the Drake equation.

First, the researchers looked at the only planet that we know for a fact has produced intelligent life—our own—and used it as a model for every other planet that could host extraterrestrial intelligence. Humans cropped up and started spewing radio waves into the cosmos about 4.5 billion years after Earth was formed, so Conselice and Westby assumed that it would also be the case on other Earth-like planets. But they went even further and assumed that all Earth-like planets in the habitable zone of their star inevitably produce intelligent life after about 5 billion years.

“To say all the Earth-like planets will produce intelligent life is a huge assumption and has some serious problems,” says Seth Shostak, senior astronomer at the nonprofit SETI Institute in California. “The habitable zone of our own solar system includes Mars and—depending on who you ask—Venus. But they’re not populated by intelligent beings, even though they’ve been sitting around just as long as the Earth has.”

One way statisticians learn about a large, unknown population is by taking a small sample and extrapolating to the larger population. This is, essentially, what Conselice and Westby did in their paper. The problem is they extrapolated from a sample of one, which is a bit like trying to predict a national election by surveying only yourself. Small sample sizes lead to greater variance of results, which is why the Drake equation reliably produces such wildly different estimates of the prevalence of extraterrestrial intelligence. In fact, this was demonstrated by Conselice and Westby in their own paper.

The researchers put forth two hypotheses—one strong, one weak. In the strong hypothesis, the researchers assume that an Earth-like planet must produce an intelligent species when it is between 4.5 billion and 5.5 billion years old. This is how it went on Earth, where humans started mastering technology after about 4.5 billion years. The weak hypothesis relaxes the time frame a bit and assumes that an Earth-like planet can produce life anytime after 5 billion years. Given that the average age of stars in the Milky Way is about 10 billion years old, this creates a bigger pool of extraterrestrial societies that could still exist today. (This assumes that extraterrestrial societies don’t last for 5 billion years—more on that in a moment.)

That’s a pretty big spread, but even the most optimistic lower bound of 3,000 societies is still pretty small considering the size of the Milky Way. If most of the galaxy’s 250 billion stars host planets, and some fraction of those planets are habitable, you still might estimate there to be millions of civilizations out there. So why do both the strong and the weak hypothesis both produce such small estimates? It all comes down to one important variable in the Drake equation: L, or the lifetime of a broadcasting civilization.

“The lifetime of an extraterrestrial intelligence—how long they stay on air—is the real crux of the argument,” says Shostak. “All the other terms in the Drake equation tell you how many societies arise, but maybe they’re not on the air very long because as soon as they invent radio they also invent the H-bomb and self-destruct.”

Indeed, Drake himself famously reduced his namesake formula to “N = L,” or the number of civilizations in the galaxy is equal to the lifetime of those civilizations. (He even put this equivalence on his license plate.) So the longer you expect an intelligent species to last, the more of them you’d expect to find. Humans have only had radio technology for about 100 years, and in that time we have also created existential threats like nuclear war and climate change. How long will human civilization last? It depends on how we handle the dangers we pose to ourselves.

In their paper, Conselice and Westby take the pessimistic route for their second big assumption. In both their strong and weak hypotheses, they assume that all extraterrestrial civilizations will broadcast their existence to the galaxy only for as long as humans have had radio—about 100 years. This basically assumes that we’re on the brink of annihilation, but choosing any other estimated lifetime for extraterrestrial civilizations would also be completely arbitrary. Do intelligent civilizations tend to last 500 years or 10,000? The only way to know for sure is to find one.

“Humans have had technology for a very, very short period of time relative to the age of our galaxy,” says Andrew Siemion, the director of the Berkeley SETI Research Center, who was not involved in the research. This implies that if—or when—we do make contact with an extraterrestrial society, the odds are good that it is much older than our own. “It would tell us it is possible for a technologically capable civilization to last for a long time,” Siemion says. “That’s very heartening.”

Siemion is the lead scientist on the Breakthrough Listen project, the largest SETI experiment ever undertaken. Bankrolled to the tune of $100 million by the Russian-born billionaire Yuri Milner, Breakthrough Listen has spent the last few years using some of the most powerful radio telescopes on Earth to scan the cosmos for signs of life. If we’re ever going to find extraterrestrials, Siemion and his colleagues are the ones most likely to make it happen. While he acknowledges that trying to estimate the prevalence of extraterrestrial life is an interesting thought experiment, until we make contact there’s no way of determining whether one estimate is better than another.

“No a priori argument should serve as a substitute for an experimental program,” Siemion says. “The only way we’re ever going to answer this question is to conduct searches for extraterrestrial intelligence.” 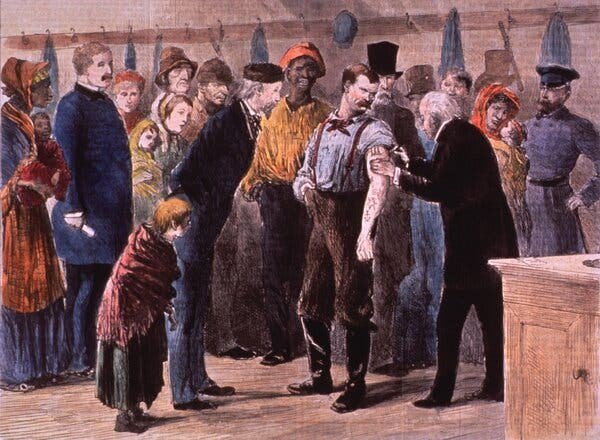 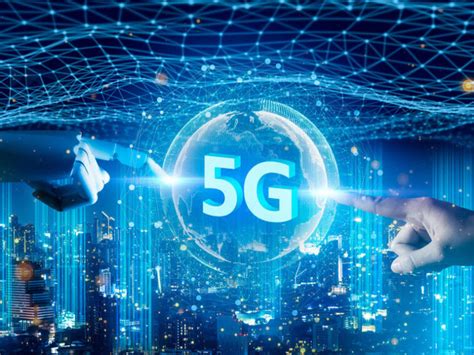 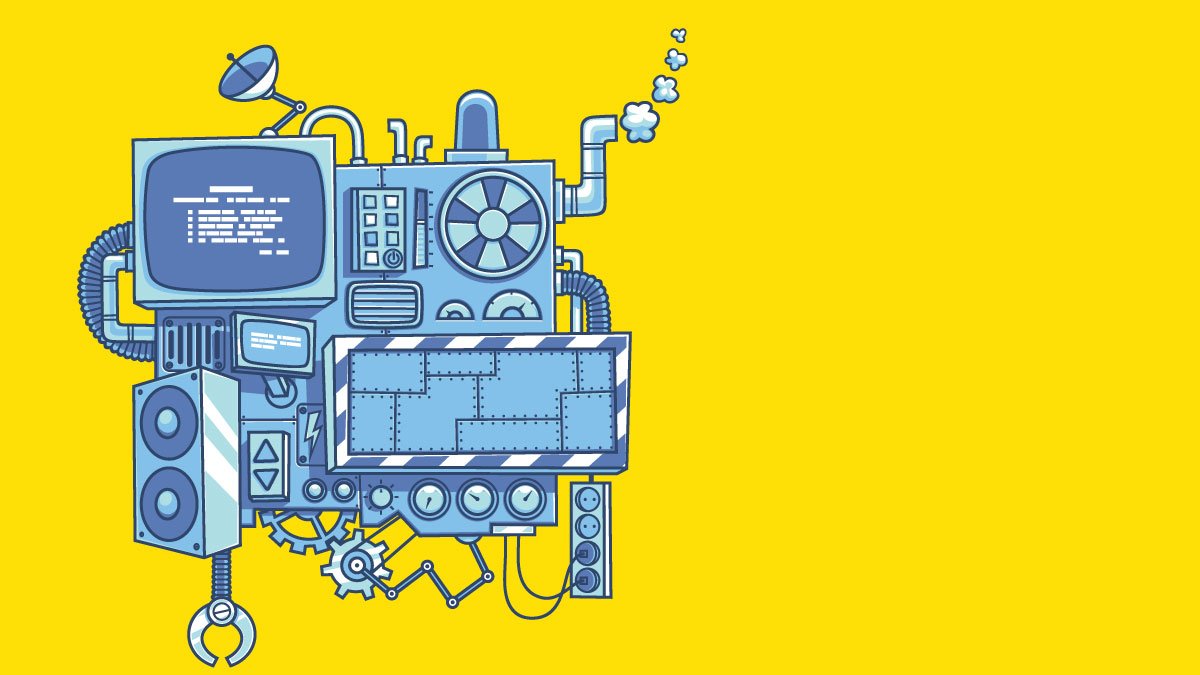 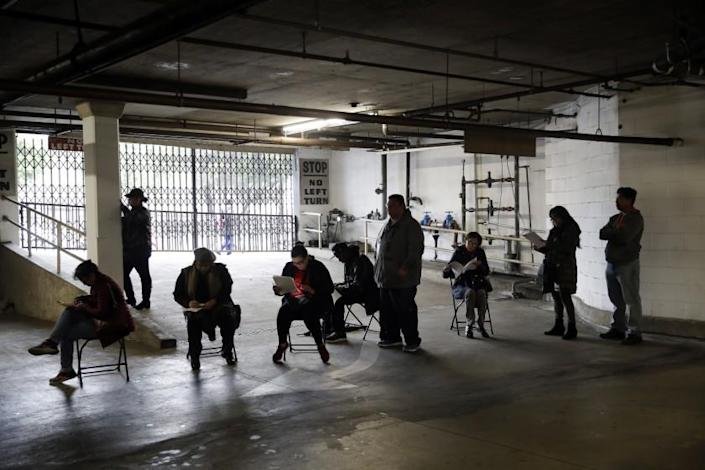 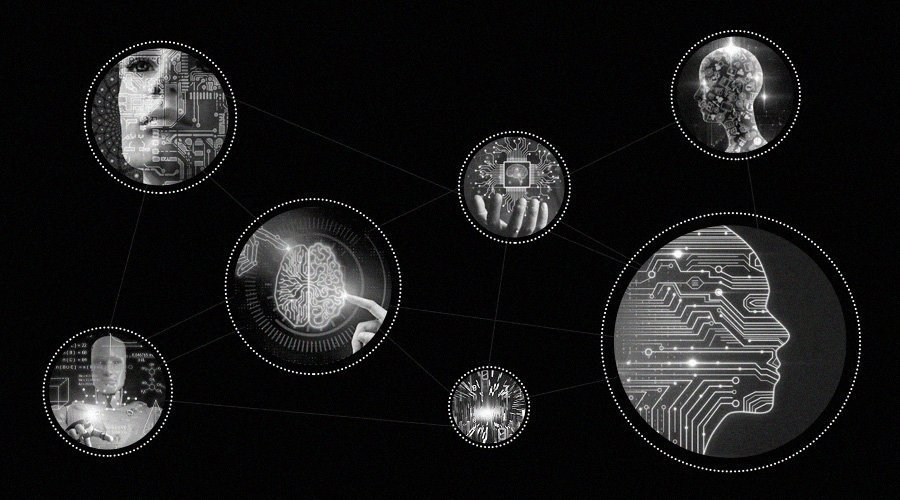 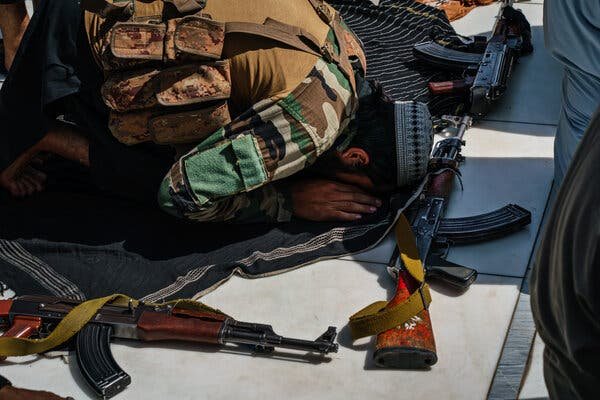 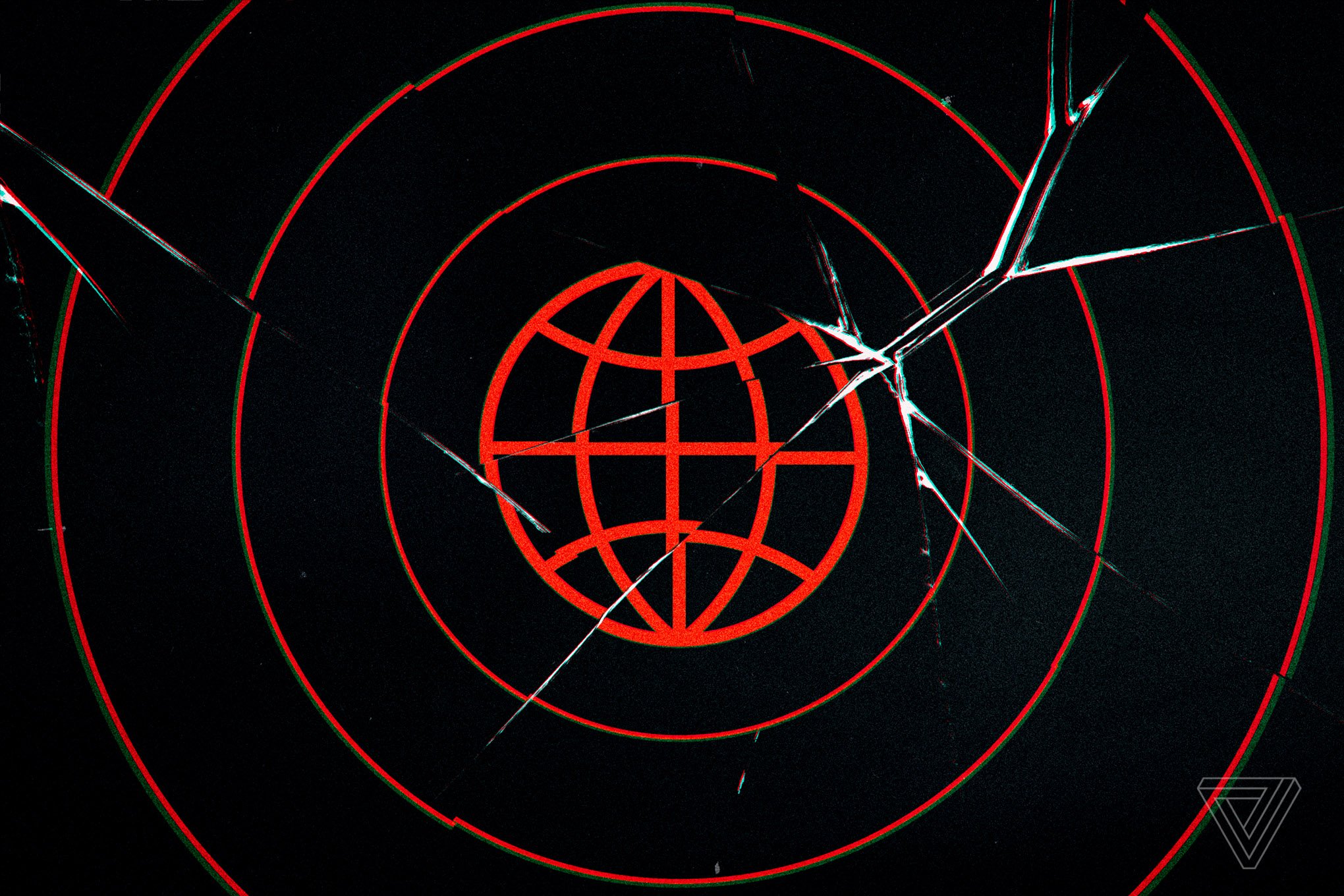