The Latest Covid Party Story Gets a Twist 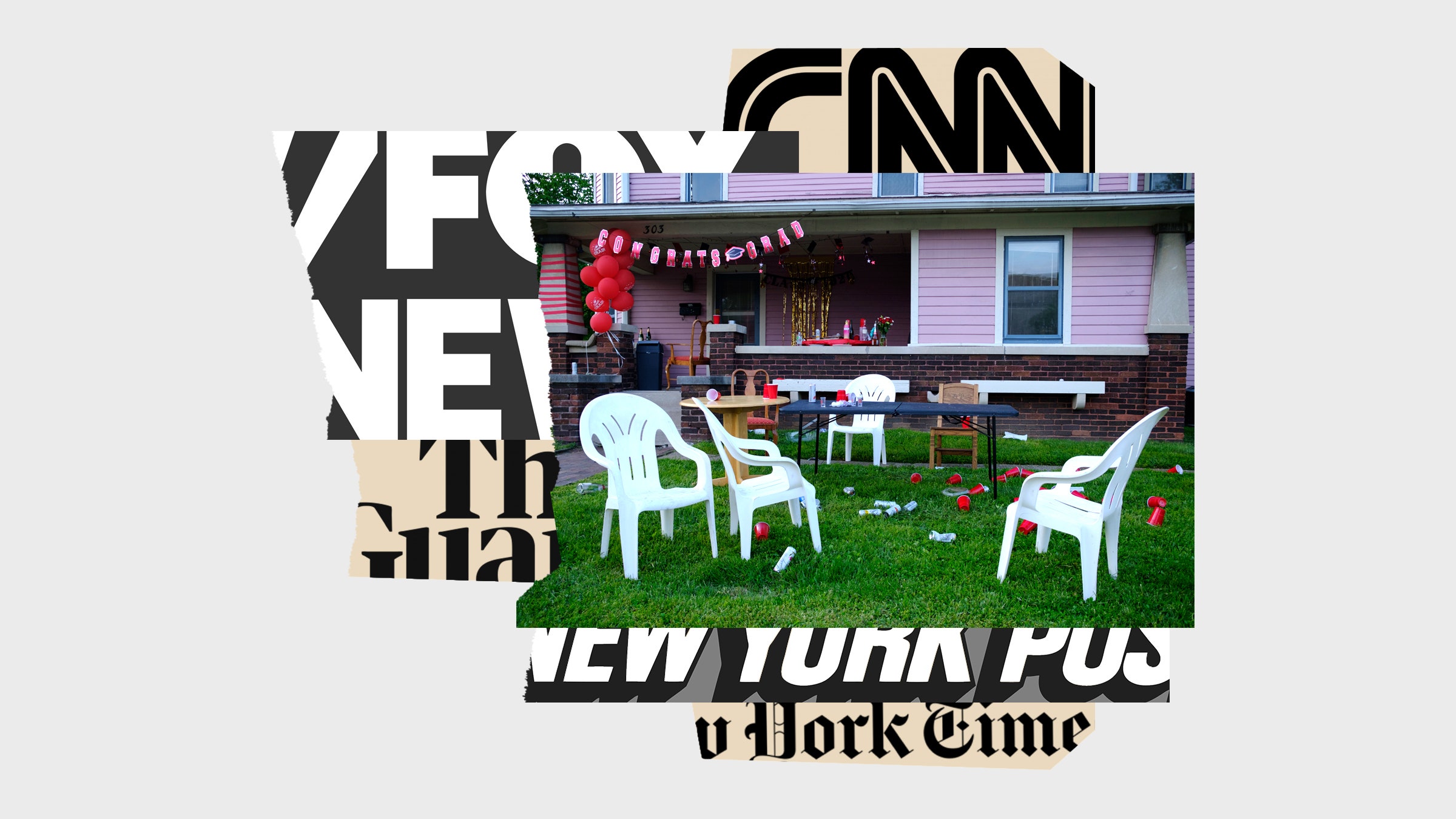 Like any urban legend, this one changes slightly with each telling.

The Covid party craze continues to sweep the nation—or, at least, the nation’s news organizations. The latest example comes from Texas, where a 30-year-old man is said to have confessed on his death bed that he had attended one. “Just before the patient died,” announced Jane Appleby, chief medical officer at Methodist Hospital in San Antonio, “they looked at their nurse and said, ‘I think I made a mistake. I thought this was a hoax, but it’s not.’”

What started out as local news in south Texas on Friday soon became a national story. By Sunday it had made its way into a write-up for The New York Times, which duly quoted one physician’s warning that such parties are “dangerous, irresponsible, and potentially deadly.”

Two weeks ago, I noted that news reports about Covid parties—in which people supposedly get together with the goal of catching the virus—have followed a remarkably consistent pattern. The source is invariably a government or health official who is several steps removed, at least, from any firsthand knowledge of the alleged event. The story is first reported by local media, then picked up and amplified by larger publications that add little or no additional reporting. A few weeks ago, for example, the internet blew up with a tale of Alabama college students who were supposedly throwing parties with infected people and betting on who could catch the virus first. Outlets from the Associated Press to CNN picked up the story, with its ready stereotypes about Southerners and idiot college kids. But when I looked into it, I realized that all the news reports traced back to comments from a single Tuscaloosa city council member, who offered no evidence for the claim.

Shortly after my piece came out, the University of Alabama student newspaper published an article in which Ramesh Peramsetty, a Tuscaloosa doctor whose clinic has been offering Covid tests, confirmed the rumor was true. When I followed up with Peramsetty, he admitted he had no firsthand knowledge of the Covid parties; it was something he heard from his staff, who work directly with patients. He directed me to Jerri Hanna, a clinical manager, who he said had direct knowledge. Hanna, however, told me that she had heard about Covid parties from yet another clinic employee. That second employee, who asked that I not use her name because she has been harassed while running testing sites, revealed that she’d only heard about the parties from someone else on staff—but couldn’t remember exactly who. The rumor remained a rumor.

The Texas story is more of the same. A patient—who is now dead, and thus can’t confirm the story—supposedly told a nurse, who told others at the hospital. In her video, Appleby, the health director, doesn’t claim otherwise; she says she “heard a heartbreaking story this week.” In a related interview for a local station, Appleby describes hearing about parties in which “someone will be diagnosed with the disease and they’ll have a party to invite their friends over to see if they can beat the disease.”

News organizations, including The New York Times, have reported the story without trying to get to the bottom of it, or even finding out basic information such as where or when the alleged party took place. Some even create a false sense of certainty by crafting headlines that omit the source of the claim, like ABC News’s “30-Year-Old Dies After Attending ‘COVID Party’ Thinking Virus Was a ‘Hoax.’” In the meantime, the San Antonio Express-News reported that the city’s Metropolitan Health District “had not heard of such parties taking place in the Alamo City.” When I reached out to the hospital for comment, communications director Cheri Love-Moceri told me that Appleby wasn’t available and had “shared all that she is able to regarding this patient.” She also said the hospital couldn’t share the name of the nurse who reported the death bed confession.

Like any urban legend, the Covid party narrative changes slightly with each telling. Until this latest iteration, the events have almost always been described—or imagined—as if they were analogous to the “pox parties” of old, where people tried to catch a virus, and become immune, so as to “get it over with.” That description already didn’t seem to fit the alleged Tuscaloosa incident, where college kids were said to have been gambling on the outcome. In San Antonio, it’s even less germane: If the victim really thought the pandemic was a hoax, why would he have been hoping for the antibodies? So now the Covid party concept has expanded. Thus The New York Times informs us, as if we won’t notice there’s a sly addition, that “the premise of such parties is to test whether the virus really exists or to intentionally expose people to the coronavirus in an attempt to gain immunity.” The narrative also seems to grow ever more dramatic as it’s reimagined: first, a betting pool, now a dying man’s reveal.

None of this is meant to suggest that public officials are lying. Stories inevitably mutate as they’re passed from one person to another. Nor should anyone make light of a tragic, untimely death. People like Jane Appleby are trying desperately to get the American public to take the coronavirus seriously. If she hears a perfect cautionary tale, it isn’t necessarily her responsibility to investigate whether it’s too perfect before passing it along. It is, however, precisely the job of reporters, who continue to fail at it with each bout of Covid party coverage. Hundreds of stories have been published on the subject, yet I haven’t found a single example of someone telling a reporter that they personally attended or witnessed a Covid party. No Instagram posts, no cell phone videos, no screenshots of party invitations.

If this sounds like an unfair standard for journalists, it really isn’t. There have been plenty of credible news stories of reckless people learning the hard way that even a non-Covid party can spread infections. “The party can wait,” one Kansas City teenager told his local paper after throwing a rager that led to a number of cases. “It’s not worth people getting sick and spreading it.”

Does this mean Covid parties are—gulp—a hoax? Not necessarily. You can’t prove a negative; proof may yet emerge. But until it does, reporters and editors are passing along an unsubstantiated rumor without proper due diligence. It’s hard enough to get Americans to accept the undisputed facts of the pandemic, which are plenty bad on their own. At a time when the public is dangerously distrustful of both the media and science, pushing a sensational story with no firm evidence probably won’t help

All Rights Reserved for Gilad Edelman